When we did our big WrestleMania post, one of the things that was lacking was an actual WWE game where you could just fight with normal human WWE wrestlers in the ring. WWE is already pretty out there, but something a bit more grounded was lacking. Well, good news: 2K has just announced that they’re bringing WWE 2K to the App Store this spring. This is based off of WWE 2K15 and similar games, where you can play as a series of modern and classic wrestlers, along with Create-a-Superstar mode. There will be authentic ring entrances, three match types, a career mode, and live multiplayer matches. 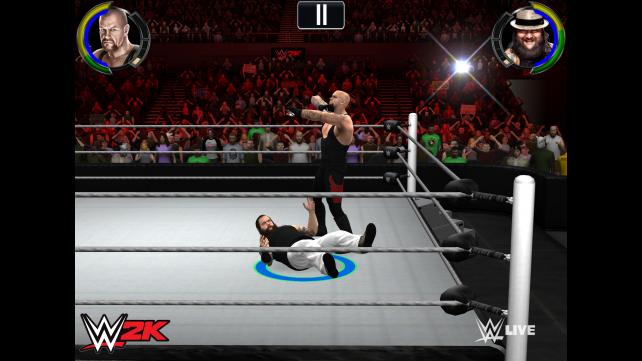 The game will be releasing this spring for $7.99, a similar price point as NBA 2K15 ($7.99) is. While we’ll see how this shakes out, it’s quite possible that this will lack IAP like other 2K premium-priced releases. You can check out a bunch of screenshots of the game right here.