The name won’t mean anything to people in many countries, so to explain, rebus are words or phrases represented by pictures. Historically they were used to represent surnames on coats of arms, but nowadays you’re more likely to encounter them as obscure puzzles, also known as dingbats.

What we have here from developer Jutiful is a nicely-presented collection of rebus, organised in to 14 sets of eight. The first couple of sets are available straight away, and as you complete them you unlock the next set. You earn coins from each puzzle you solve, and if you get stuck then you can spend your coins to get clues.

There’s something about rebus that really appeals to some people, myself included, so I was all over this game as soon as it came out. But there’s a fine line between good rebus and bad rebus, and this game crosses the line a few too many times.

Here’s an example of a good puzzle. It’s an M on DAY. Monday. 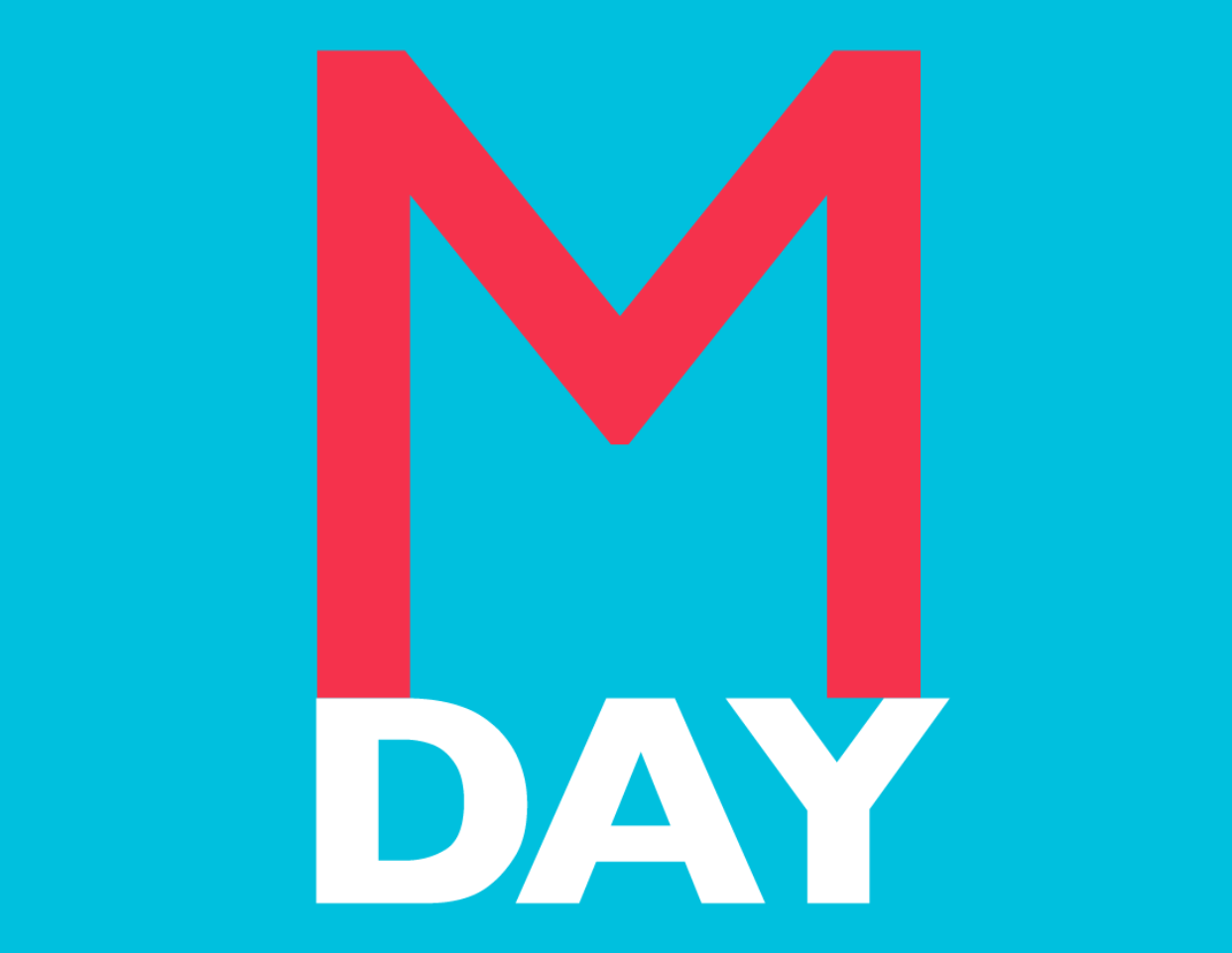 As I dug in to the first couple of rebus I settled down on the couch next to my better half, who is most definitely not in to this sort of puzzle game. She soon got interested, but for the wrong reasons. After breezing through the first few puzzles I started to encounter ones that I couldn’t even begin to solve, so I jokingly showed them to the good lady to see what she made of them. Unable to solve them, she started googling for the answers. The answers that she found were ridiculous. But correct.

This became a new game in itself, trying to go backwards from the answers to work out how on earth they were right. And there definitely is an “absurd logic" here, as Jutiful promised. Five coloured circles? The answer is orange. Because it’s a RANGE of O’s, you see? An O-RANGE. An upside-down coathanger? Bat. Because a bat is an upside-down hanger. I couldn’t even figure that one out on my own, it took the gargantuan brain of Mr Shaun Musgrave to reverse engineer it.

Here’s one to have a go at yourself…

One can’t help but think that there might be some in-app purchase shenanigans going on here. You get 100 coins for each puzzle you solve, but you’ll need 500-1000 to solve the more obscure ones. Sooner or later you’re going to run out of earned coins and need to buy some. And do you know what, the IAPs in this game aren’t actually too bad, price wise. There’s even a $5 pack which gives you 100,000 coins and removes the ads, so that pretty much gives you the full game for $5 which is fair enough.

Graphically, the presentation of Rebus is clean and elegant. There are a few interface issues that could be improved though. When you start playing, you’re presented with four buttons, with no clue as to what they do. And when you complete a set of rebus you don’t get any congratulations, or even the courtesy of a message telling you that the next set has been unlocked — instead you just get a full-screen advert pushed at you. 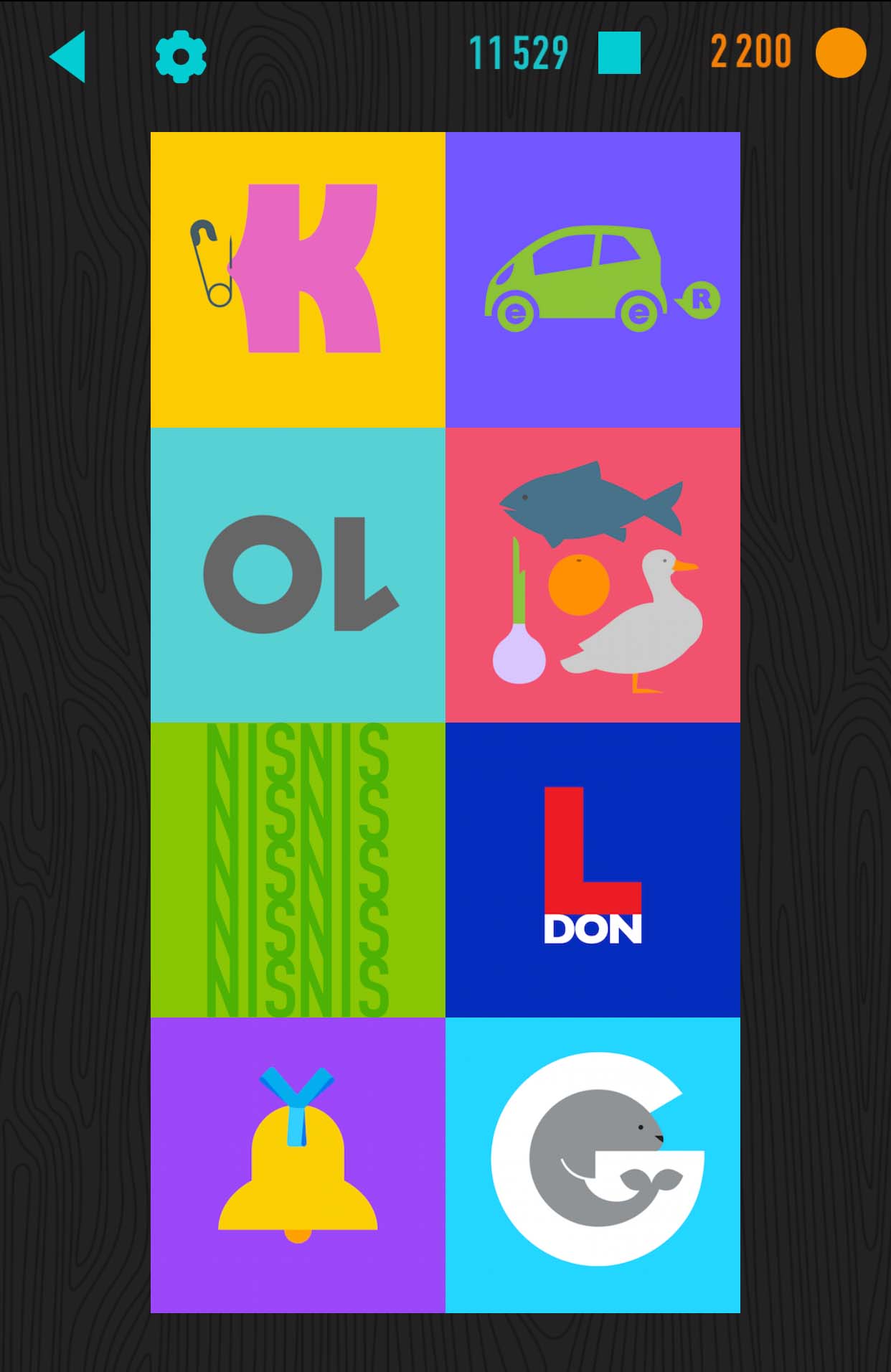 Jutiful is a collective of developers from around the world, based in Georgia in the US. They describe themselves without irony as “the official provider of chillax and euphoria". As much as I like developers to be a little pretentious, there’s something about Rebus that doesn’t quite fit the image. It looks okay, but I never felt like I was in the presence of beauty, just plain graphics which are perfectly functional but go no further.

The more I think about that “bat" puzzle, the more I like it. It was laughable at first, but now I recognise that there’s a touch of genius there. But I still think Rebus will be remembered for its unsolvable clues, whereas we should look back on a game like this with some respect and admiration for the people who devised the puzzles.

There will be some intellectual behemoth somewhere who can solve all the puzzles in this game, but the rest of us won’t get far before we have to google the answers or buy clues. If that’s by design, to sell coins, then this is a reminder of the sad state of affairs with so many people unwilling to pay an upfront price for a game, forcing developers to design their games around selling IAPs.

There is most certainly an audience for Rebus. After all, if there are people who can complete the New York Times’ Saturday crossword in less than six minutes, then surely there are people who can look at the number 6135 and work out that the answer is “face". If you’re one of those people then go ahead, download and enjoy. But for the rest of us, you’d better be ready to spend some cash on clues.