There’s nothing like a surprise release to throw some excitement into our weekly new games routine, and it’s extra sweet when that surprise game also happens to be an excellent Star Wars tie-in game. I mean hey, licensed Star Wars video games don’t exactly have the best reputation, you know? But that’s not a concern with Star Wars Rebels: Recon Missions (Free), a just-released action platformer based on the new Star Wars Rebels animated series that began last year and consists of several shorts, a movie, and a full season of shows that just wrapped up at the beginning of this month with a second season currently in progress. 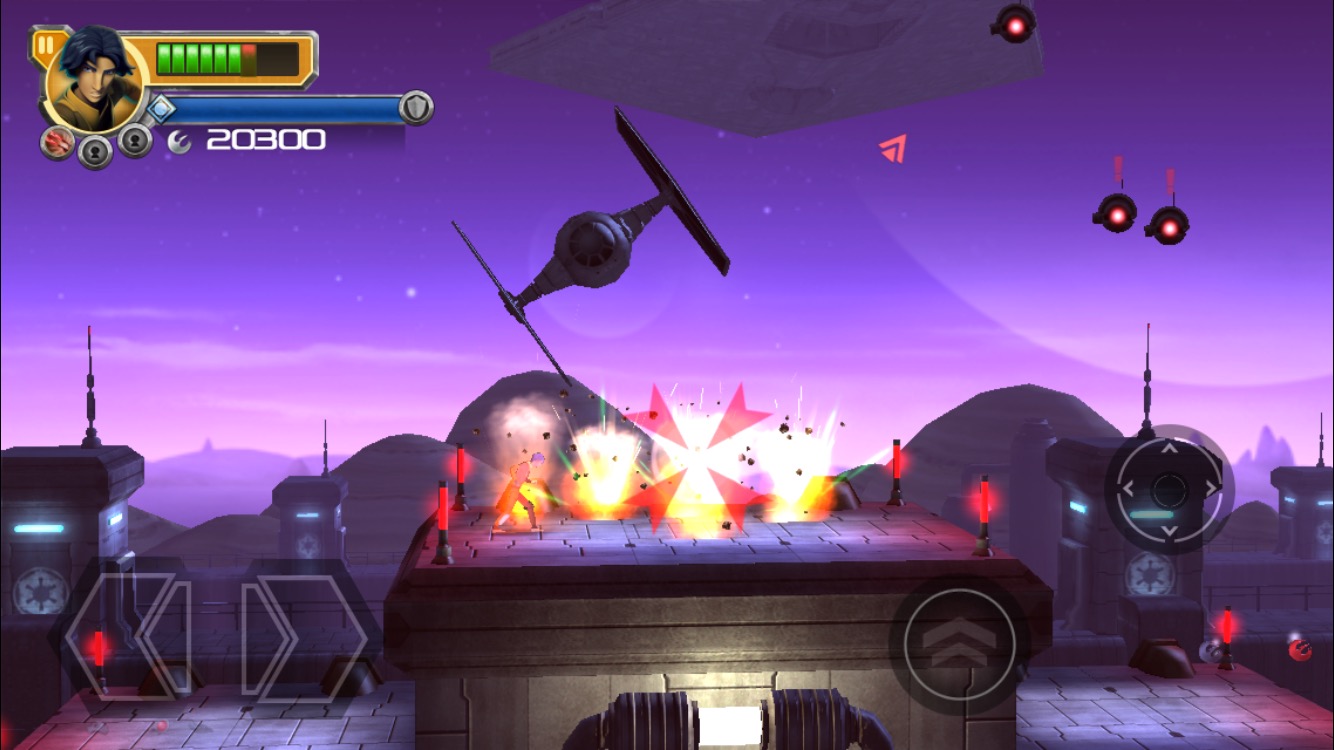 Star Wars Rebels takes place between Episode III and IV of the main movie series, and so far has been quite well received from critics and fans alike. It deals with a small band of rebels who have united to fight back against the Empire on and around the planet Lothal. You start out the game as Ezra, a plucky young con artist with fledgling Force abilities. The main action in the game is pretty straightforward. You’ll run, jump and blast your way past hordes of Imperial enemies, collecting things like coins and special emblems, finding secrets, and helping out the citizens of Lothal.

Then there’s a whole second part to the game, which involves building out your home base on Lothal. As you progress through the game, you’ll unlock different building types and recruit citizens who are trying to escape the clutches of the Empire to come and live in your little sanctuary. The game’s currency that you collect while playing can go towards upgrading Ezra’s abilities, and together with building out your spot on Lothal, Star Wars Rebels: Recon Missions is a collector’s dream come true.

Now, I know what you’re thinking: “Base building? In-game currency? This is just some fremium game!" Well I’m happy to say that that is not true at all. The game is free to download initially, and you can play through the first 4 (fairly lengthy) levels to get a feel for the game. Then, you’re given a variety of IAP unlocks which allow you to buy as much or as little of the full game as you want. It’s really a nice, flexible system for those that enjoy the initial demo, and best of all, no stupid timers! So if you like Star Wars, whether or not you’re currently into the Rebels series or not, you should definitely take Star Wars Rebels: Recon Mission for a spin.