The mobile gaming space often offers developers the ability to make low-cost yet high emotional impact games. Indie developer Lucid Labs is trying to take advantage of just that as it moves on from its first game, ROTO (Free), a puzzle-platformer full of puns about balls, to something admittedly more emotionally engaging. The developer’s second attempt, Stay, Mum, ties its physics-based gameplay to the evolution of a mother-son relationship and, more specifically, to the narrative of a son attempting to reach out to a mom who provides building blocks instead of love. To give you an idea of the overall art style, check out this early video test of the cutscene engine in the game.

The player uses the boy’s toy blocks to create shapes in mid-air, which fall down at the snap of a finger, while making sure the blocks will keep their shape even after falling down. In a clever narrative and gameplay twist, the boy, like most lonely children, invites a bunch of blocky imaginary friends to join him, each with unique visuals and gameplay properties.

Originally, the developer gave these friends placeholder names such as Normal, Weak, and Wide. Fear not, though, because the members of our forum have recently taken a very active role in helping Lucid Lab come up with some great new names for the boy’s friends (my personal favorite is Jim-Jam). 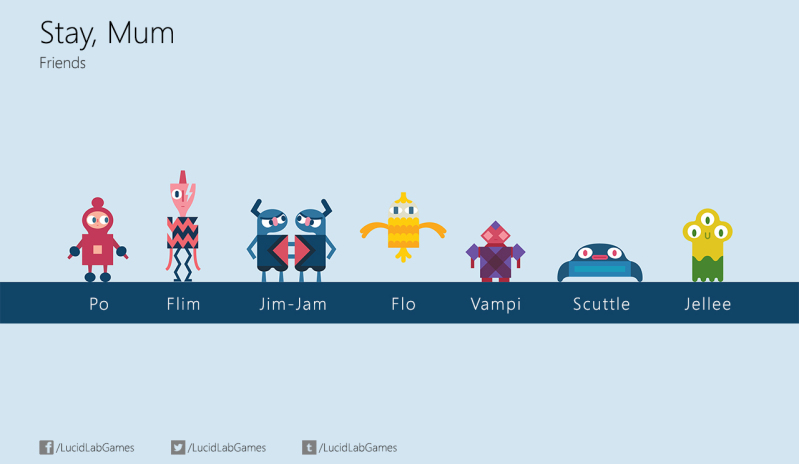 I’m always intrigued when mobile developers try to get players emotionally involved, and if you also enjoy this type of games, head over to the forum thread to either keep an eye on the game’s development or, perhaps, even contribute to it.