Following hot on the heels of the announcement of Final Fantasy Grandmasters, an action-RPG set in the Final Fantasy 11 world, Square Enix also announced plans to create a special mobile version of Final Fantasy 11 itself. Under development by Nexon, the developers behind the hit free-to-play online RPG MapleStory, this version of the game will have some changes made to it in order to better fit the mobile market. Which is to say, it’s going to be free-to-play, among other changes. 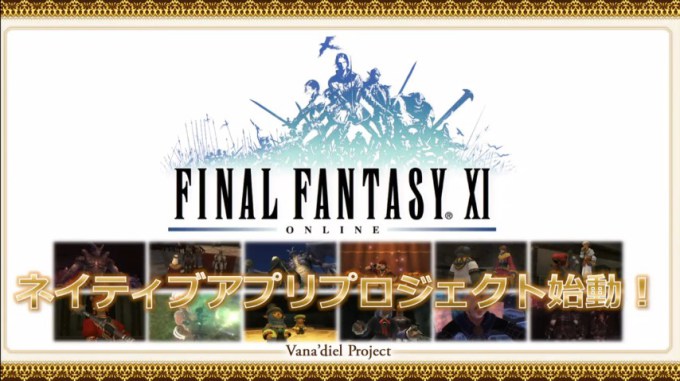 You can check out the first marketing screens at Japanese site Gamestalk, but there’s not much to see. The screens focus more on how certain aspects of the game might change in its migration to mobile, and use images from the existing versions as backdrops for the text. It seems more like spit-balling at this point than any firm plans, but the game looks to at least share the same content as the main version, even if the particulars of the gameplay change. It’s at least firm enough for Square Enix to grace it as the first of a new genre, the ‘MMMRPG’, or massively multiplayer mobile role-playing game. Well, I guess we’ll have to see how this goes.

As with Final Fantasy Grandmasters, we have little information about the mobile native version of Final Fantasy 11 at the moment. Unlike Grandmasters, we’re probably going to be waiting a while before we get anything substantial, but we’ll be sure to tell you about anything we hear. If anything, today’s news shows just how strong the mobile market is in Japan, something that Square Enix seems to have no intentions of letting slip by them.