Luderia Games made the rad one-touch shooter Spooklands ($0.99) last year, and now the lead developer on that game is at Aquiris Game Studio, which has worked on several licensed games for Cartoon Network and other clients. Well, they’re now working on something that changes gears from everything else they’ve done, and the “changing gears" idiom makes sense here, because it’s a racing game! The tentatively-titled Project Retro-Racer is inspired by Outrun and Top Gear/Top Racer as a behind-the-car racer, trying to simulate the limitations of racing games from 25 years ago or so. Except, this game is going to feature 3D visuals. 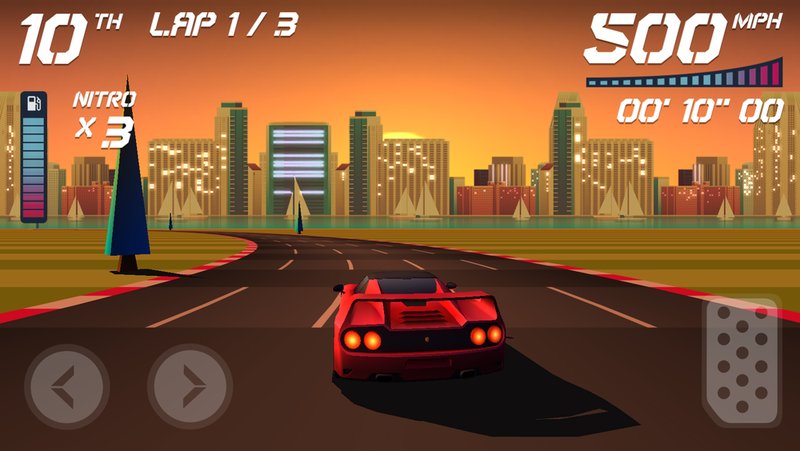 They compare it to Top Gear, and it’s going to be quite apt, as they have the composer of that game, Barry Leitch, to do the soundtrack for the game. This one is coming together pretty quickly, as they’ve gone from simple prototype to something looking interesting after just a few days. Aquiris is saying this one will be released soon, which is a quick turnaround, but sometimes quick projects can turn up interesting games. Keep an eye on the forum thread for more updates on this one as it’s in development.