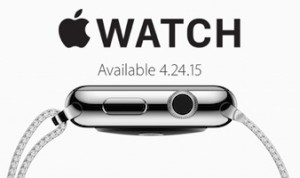 Apple has just wrapped up their “Spring Forward" media event, and at long last many of the finer details about the Apple Watch have been unveiled. Finally we know specific pricing for the various Apple Watch models, and we finally know when the general public will be able to get their hands on the watch: April 24th in Australia, Canada, China, France, Germany, Hong Kong, Japan, United Kingdom and United States. Just in case you missed any of this information, and to have it available in one handy place, here’s all the pertinent information about the various models, pricing and availability for the Apple Watch.

April 24th Available – This will be the day that the Apple Watch will actually be available. It’ll be interesting to see if people line up outside of Apple Retail Stores for the Apple Watch like they do with the iPhone, or just kick back and wait for a nice delivery person to bring it to them at home (I’ll be opting for the latter).

Apple Watch Sport – This is the entry-level Apple Watch, and as the name alludes to, probably the one you’ll want to use if you’re engaged in physical activities. The watch case is made of anodized aluminum that comes in silver or space gray, and the band is made of a special rubber called fluoroelastomer that comes in five different colors. All Apple Watch models come in two different sizes, 38mm and 42mm. Pricing is as follows:

The starting price for the Apple Watch Edition is $10,000.

So there you have it, everything Apple Watch has been unleashed on the world. While the Apple Watch stole the show at this particular media event, there were also plenty of other announcements, like a new medical research initiative for iPhones, a price reduction and full HBO standalone subscription support for the Apple TV, and a killer new MacBook laptop. If you missed the keynote the replay is available on Apple’s website right now.

So what’s the verdict? Are you getting an Apple Watch? Let us know in the comments!