Earlier this month, we took a look at Spin Master’s Sick Bricks, a new action-adventure title with a ton of characters available to unlock. One of the coolest aspects of the game is its accompanying suite of actual physical toys that can be purchased at brick and mortar stores which can be “beamed” into the game, unlocking the character in the game. We thought we’d take a closer look at the toys themselves and how they interact with the game as we wait for its launch. 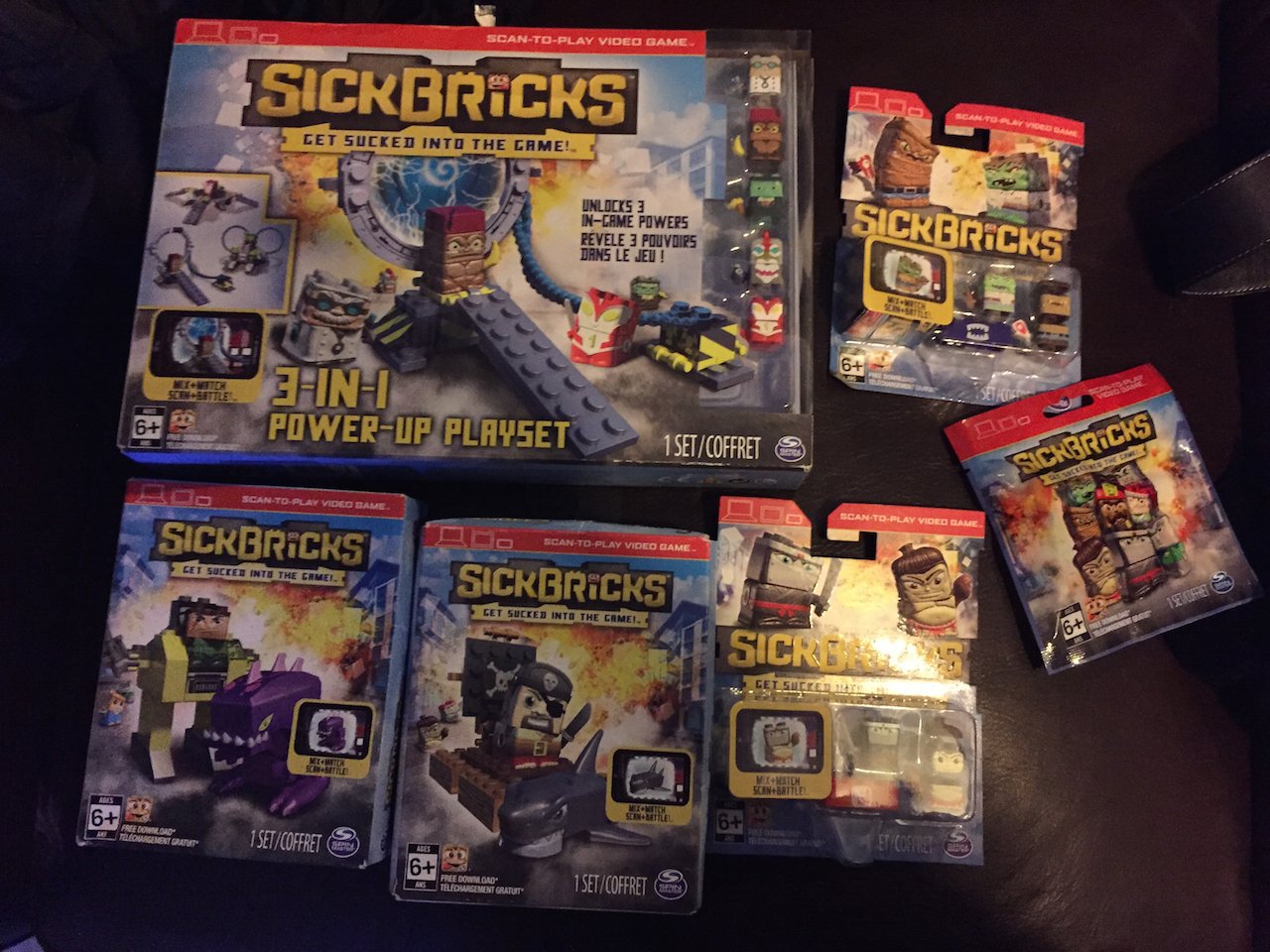 As we mentioned in our hands-on, Sick Bricks allows players to “beam” real-world figurines into the game. The characters look like highly detailed LEGO mini-figs, with separate heads and bodies that can be mixed and matched. Beaming is as simple as tapping the ‘Beam’ button, aiming your device’s camera at the actual figurine, and letting the game work its magic. When a character is beamed in, the character is unlocked permanently in the game for use.

Once you unlock the character, you are free to play the character and level them up. However, when you do level up, the game asks you to basically beam the figurine into the system again in order to “unlock” the upgrade. Beaming in this instance is actually slightly more complicated as the game has you using your camera to capture the front and sides of the figure (creating an almost 3D beam). Based on what I’ve seen, it’s probably an anti-piracy feature, but I found it pretty neat that the system can actually pull it off. 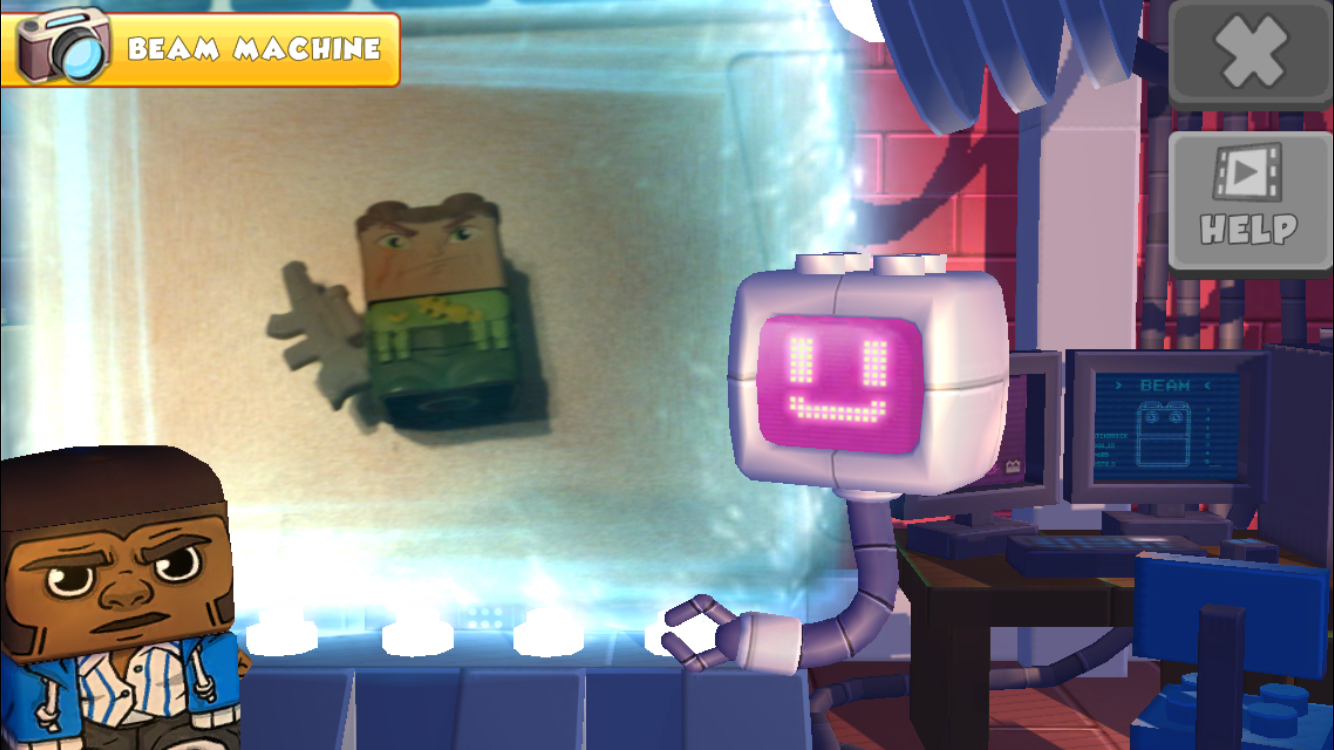 Players also have the option to purchase characters within the game without needing a physical figurine, but the game’s IAP governs such purchases (meaning there’s a good chance you’ll have to pay some kind of cash to collect multitudes of characters). While the game’s freemium pricing hasn’t been announced yet, I would imagine that actually purchasing the physical figurines will be competitive with IAP. There’s also the fact that purchasing the physical characters unlock a few nifty beaming figures that can’t be done with simply picking up the characters within the game. 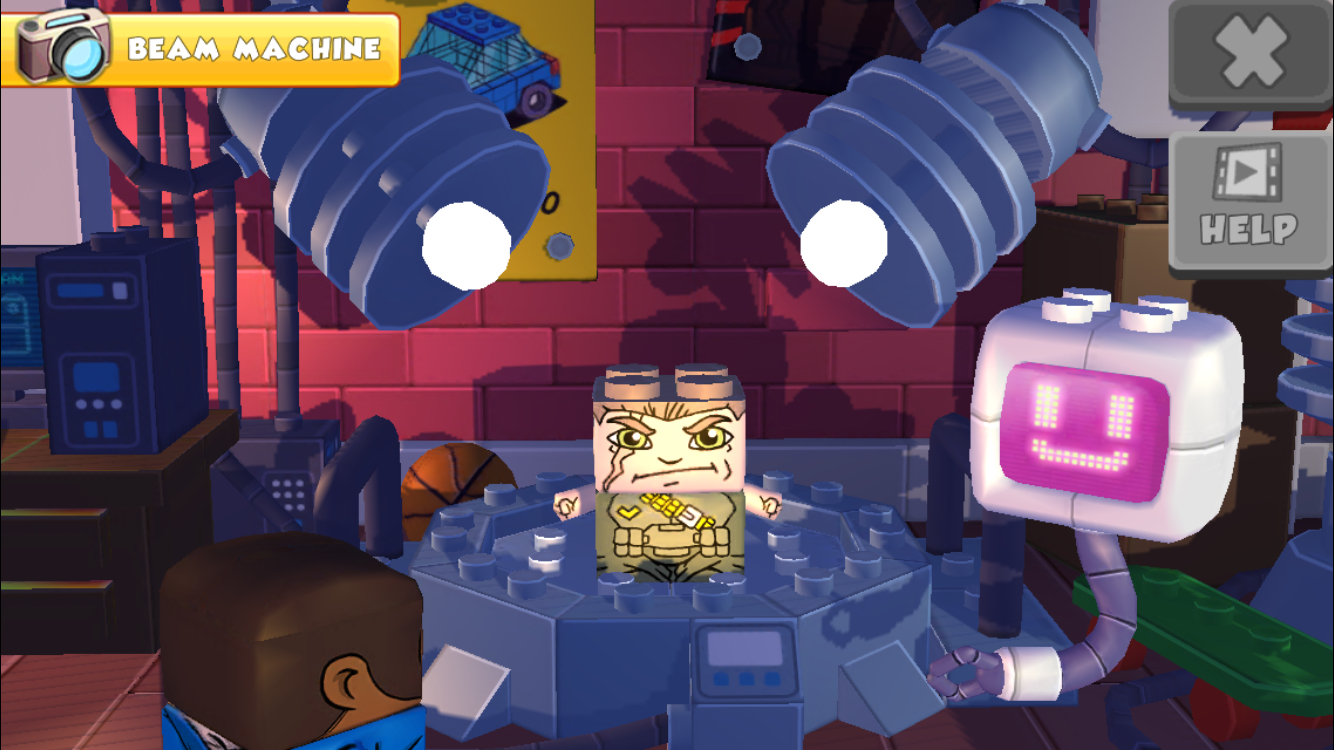 For one, buying multiple characters will allow you beam in ‘totems’ which are basically multiple characters stacked on top of each other. When you beam in a totem, you temporarily gain a super character that launches all the abilities from each of the individual characters simultaneously. It also allows you to open totem chests, which offer experience, currency and the occasion item. Some physical packs also include vehicles which can be built and then beamed into the game as well. Finally, being able to customize the heads and bodies of physical characters mean you can beam in unique combinations of stats and special moves (although you won’t be able to level up your custom characters). These advantages alone seem to make actual picking up the physical figurines enticing and outweigh the minor frustration of needing to re-beam characters when they level up.

From a stat standpoint, there are four attributes that can be improved upon: strength, health, agility and defense. Each character has their own individual stats as well as their own leveling structure (each character can level up to 10 and each upgrade for each level is fixed). While this does limit some of the customizability, Sick Bricks lets you view the upgrade path from the onset which lets you decide which characters have the potential stats that you’ll want to upgrade.

At launch, Sick Bricks will have over 40 different characters available for launch. Each has their own personality, special moves, and attribute structure. It also means that there will be plenty of variety and potential in terms of purchasing the physical toys (semi-blind packs will be sold with small windows in the plastic so you can see what you’re getting). Meanwhile, expect the game as well as the physical packs to hit stores on March 12th.