Good news for one of the most notable iOS games of a few years ago: The Incident (Free) has just gotten its big iOS 8 update that makes the falling-object dodger work on the latest iOS devices. As well, the game supports iPhone 6 resolutions now, and on the iPhone 6 Plus, the game runs at native 1080p. This is likely using whatever trickery that Matt Comi and Big Bucket used to make Space Age ($2.99) run at the actual native iPhone 6 Plus resolution, and not to be downscaled from the higher resolution that the phone natively runs at. It’s difficult to replicate in screenshots, so if you have a 6 Plus, just download it and check it out. 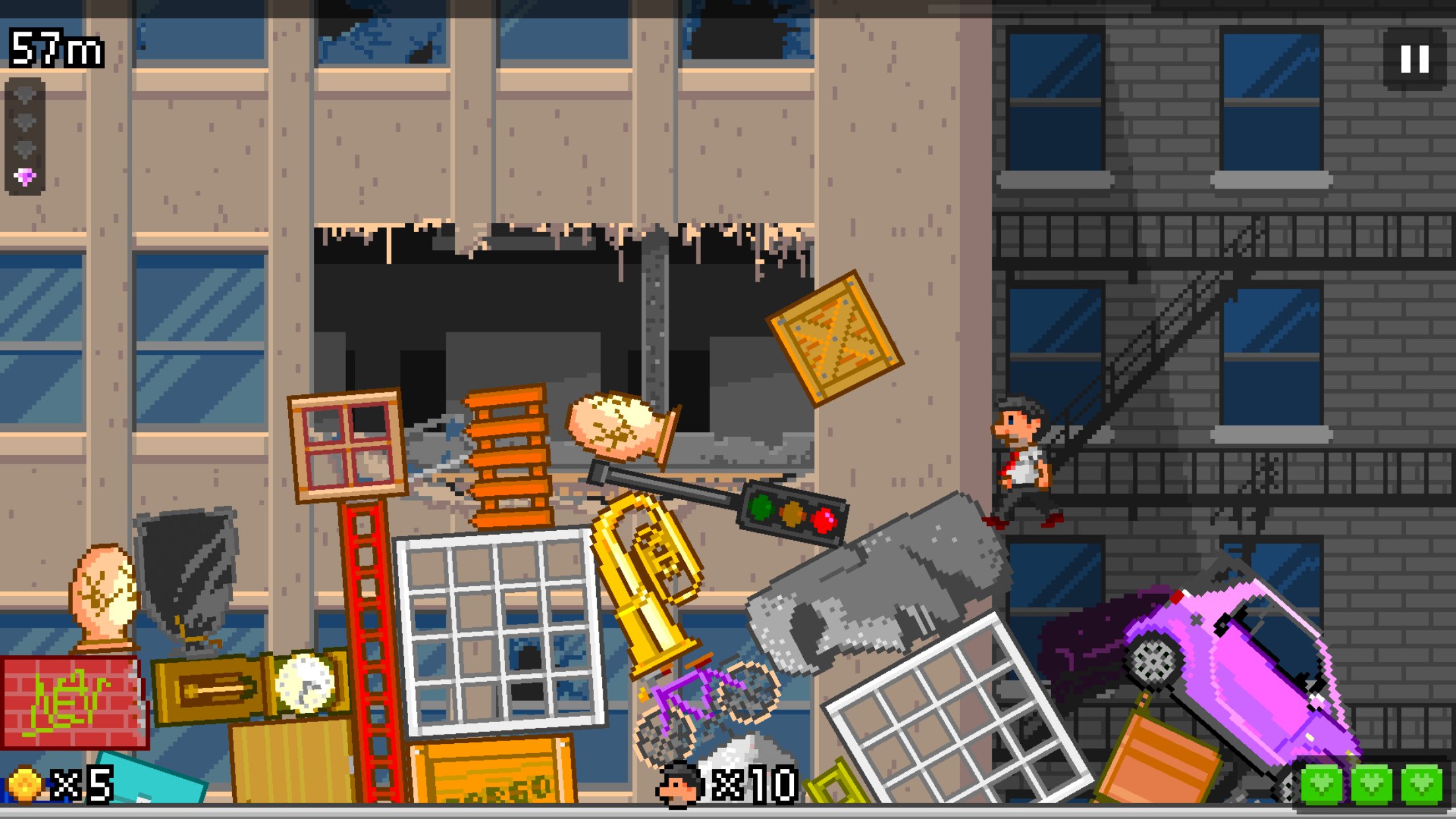 The Incident remains particularly unique among iOS games because it’s not a lot like other games: you have to dodge a steady stream of objects that fall from the sky and stack up, allowing you to reach greater and greater heights on top of piles of random objects. The pixel art look is timeless, as well. The game’s still pretty cool, even years after release, so definitely pick it up if you missed this one.