There were a lot of games launched this week that I’d been waiting and particularly excited for, but there’s really only one game that’s sucked up all my attention since it came out: Auro: A Monster-Bumping Adventure ($1.99) from lead designer Keith Burgun and Dinofarm Games. Auro has been in development for 4 years, a lifetime in the world of mobile, and it was originally set to launch in July of last year but had its release pushed back several times. It finally arrived this week, and it turns out all that development time was worth it as Auro is a meticulously crafted tactical strategy game that is deeper than it appears on the surface. 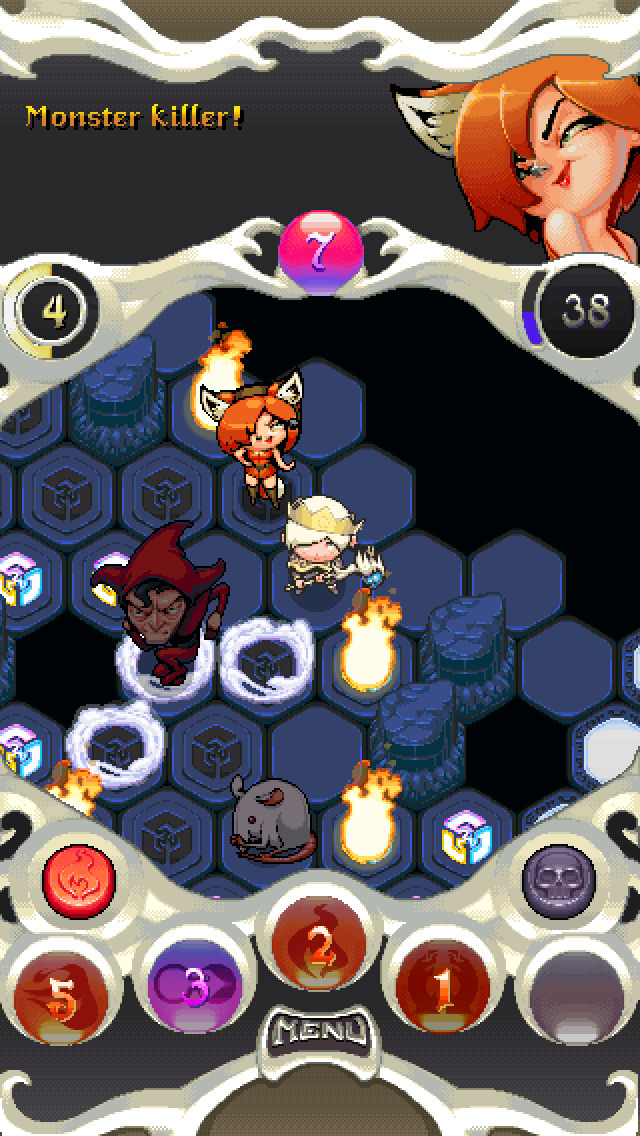 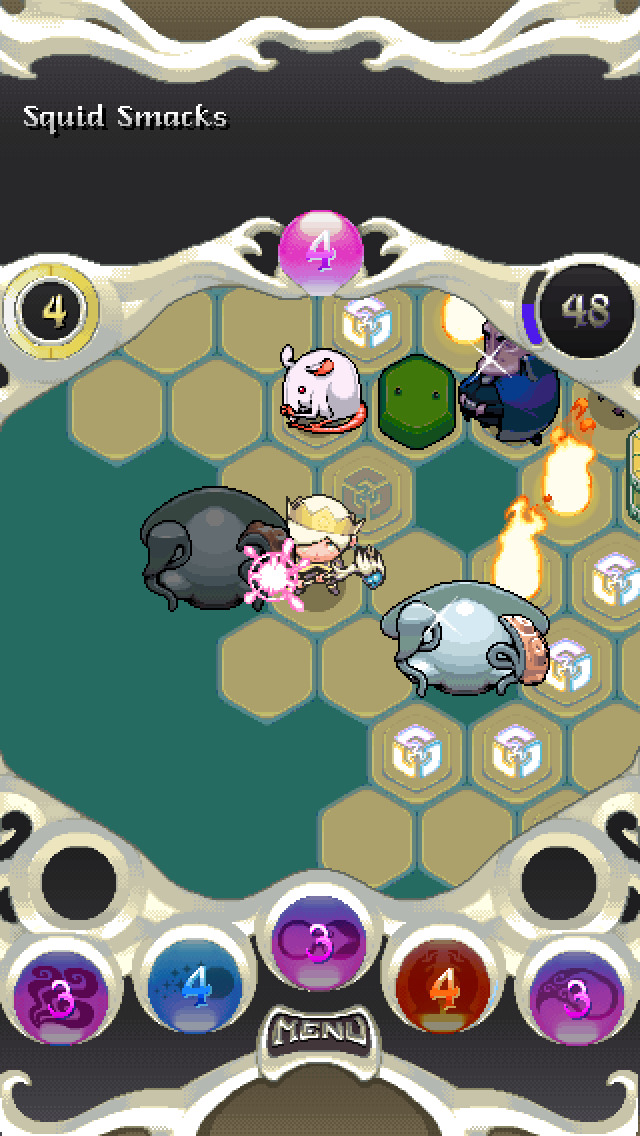 Auro has you playing a hero named–you guessed it–Auro who is trying to rid his flooded castle of nasty monsters. Gameplay takes place on a hex-grid and the main way to get rid of said monsters is by “bumping" them off the grid and into the murky flood waters, never to be seen again. It sounds almost painfully simple but the devil is in the details, and this is where Auro displays an incredible level of design. In addition to the bumping, Auro has several types of spells at his disposal, and each offer very specific abilities to help you deal with your monster problem. Then there’s the monsters themselves, which all have their own set of unique behaviors which can affect how you have to deal with them.

Learning the different spells, the monsters, and the many nuances in Auro is a lengthy process. I mean the Tutorial itself is more than 30 levels, and will take quite a while to complete, though it’s not necessary to finish before jumping into the regular mode. But it’s worth the time and effort to learn the ins and outs of the game in a way that most mobile games are not. Auro is meant to be played and replayed for years to come, and unlike many similar games it really is a very open experience in regards to how you personally go about completing its challenges. This is most definitely not a puzzle game with a single solution, though its mechanics are very puzzle-like. With procedurally-generated maps and a multitude of different strategies to utilize, Auro should never get stale.

All of this is in addition to gorgeous pixel artwork, fantastic audio and even a clever little backstory tying it all together. I did not expect to be so taken with Auro, but it’s become almost an obsession over this past week. Many fans in our forums are feeling the same way, so if you’re a fan of tactical strategy in any way you definitely need to add Auro to your collection.