Just a couple of months ago, Square Enix announced they would be releasing a sort of follow-up to Final Fantasy Dimensions (Free) called Final Fantasy Legends: The Crystal Of Time And Space. Well, I guess time flies when you’re having fun and developing free-to-play mobile games, because the game just hit the Japanese App Store earlier today. It is, as promised, free to download, and unfortunately for those holding out hope that it might have chapter unlocks similar to Dimensions, it seems that Square Enix is once again chasing the dragon. 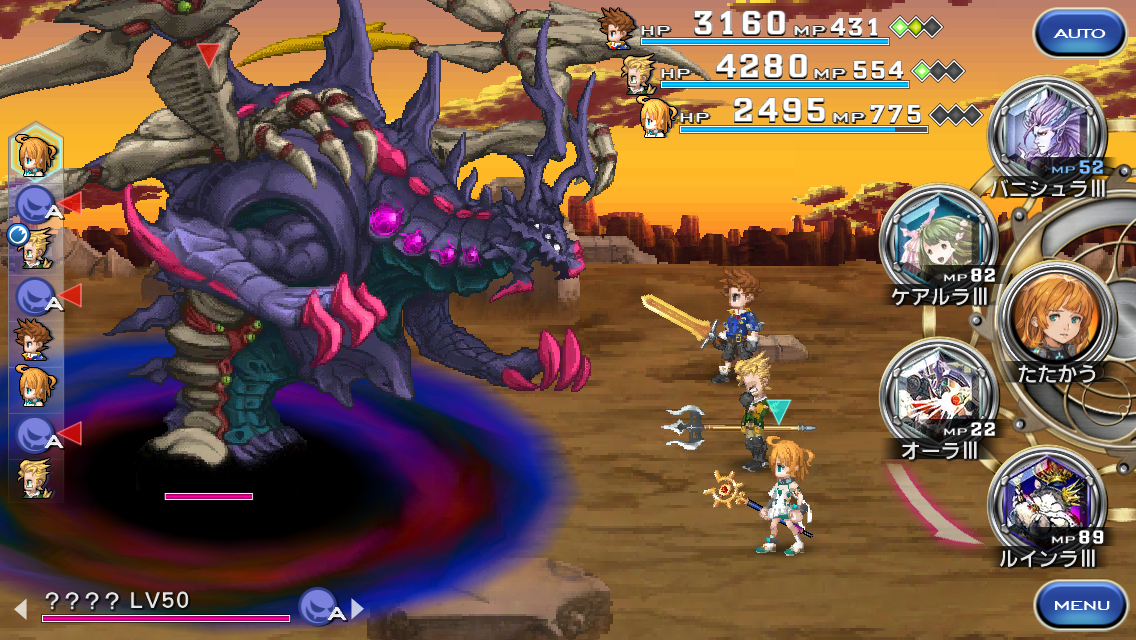 It’s an odd sort of game, though. I’ve only played a little bit so far, but while it has stamina meters and premium currency that you can buy via IAP, there’s a lot of regular old Final Fantasy in there. The battle system most closely resembles that of Final Fantasy X, turn-based with no ATB system. You can choose from a number of skills common to most of the series, and once you’ve built up some power, you can unleash a powerful summon. The game’s overall structure is familiar in a different way, however. You take on missions that each consist of a series of battles, consuming stamina with each attempt. Yes, it’s that old Puzzle & Dragons (Free) formula again. I’ll have to put some time into it to see how fair the balance is, but if you were hoping for another game like Final Fantasy Dimensions, I can already tell you that you won’t be happy here. 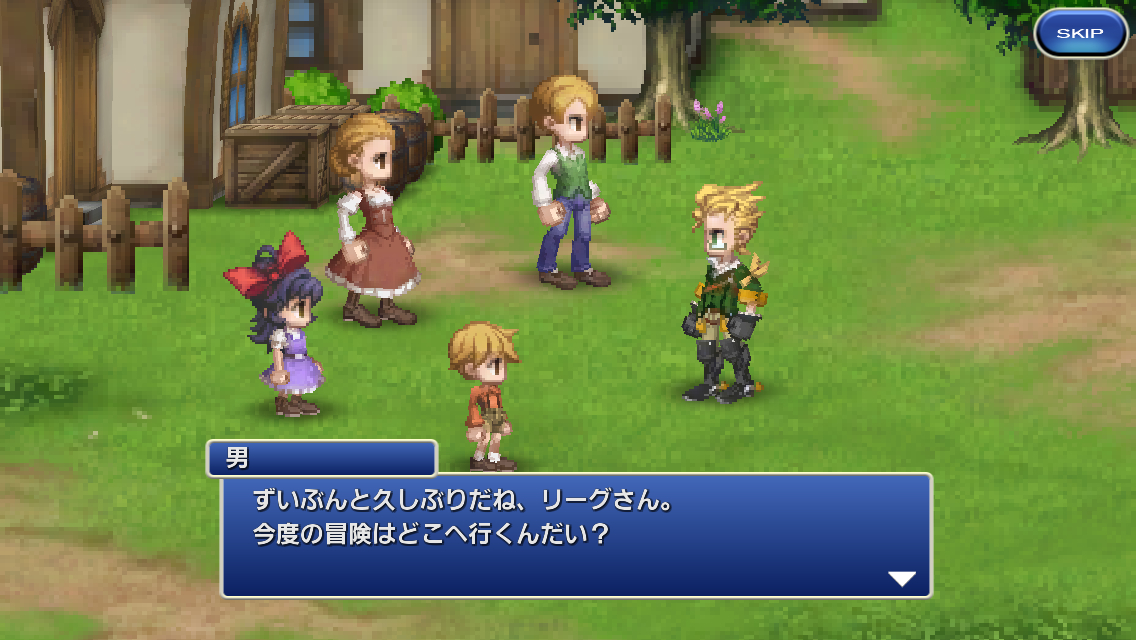 I’m going to spend a couple of days playing around with Final Fantasy Legends: The Crystal Of Time And Space and get back to you with more detailed impressions after the weekend. Still no word on whether this or any of Square Enix’s other recent Japanese titles will see an English release, but keep your eyes on TouchArcade for more information as it comes.