While I love blockbuster gaming as much as the next person, there’s no question that the ever-increasing budgets and thinner margins have made the whole upper-end of the video game business disappointingly conservative from the player’s point of view. Iteration is great. It’s how games have come as far as they have. Yet, as an exclusive diet, playing it safe can sometimes be a little bland. It’s a good thing we’ve got smaller developers who can afford to take risks on crazy ideas, because without such occasional spices, the hobby would be a lot less interesting. Dark Echo ($1.99) is one of those games that simply couldn’t exist under the traditional model, but I’m ecstatic it does.

Perhaps some of our regular readers have noticed that I’m a bit of a super hero fan. A few very perceptive among you might have spotted my love for Spider-Man in particular. Like a lot of Spider-Man fans, as I got older, I learned to appreciate a character who had once seemed incredibly dull to me: Daredevil. He’s a relatively minor player in the Marvel Universe as far as the mass public’s knowledge goes. He’s only occasionally stepped out of the pages of the comics, and when he has, it’s rarely been helpful to his profile. He had a guest appearance in a made-for-TV Incredible Hulk movie in the 1980s and has appeared as a guest character on some of the Spider-Man animated shows and a few Marvel games. Sadly, people probably know him best for the 2003 film starring Ben Affleck and Jennifer Garner. It wasn’t very good. 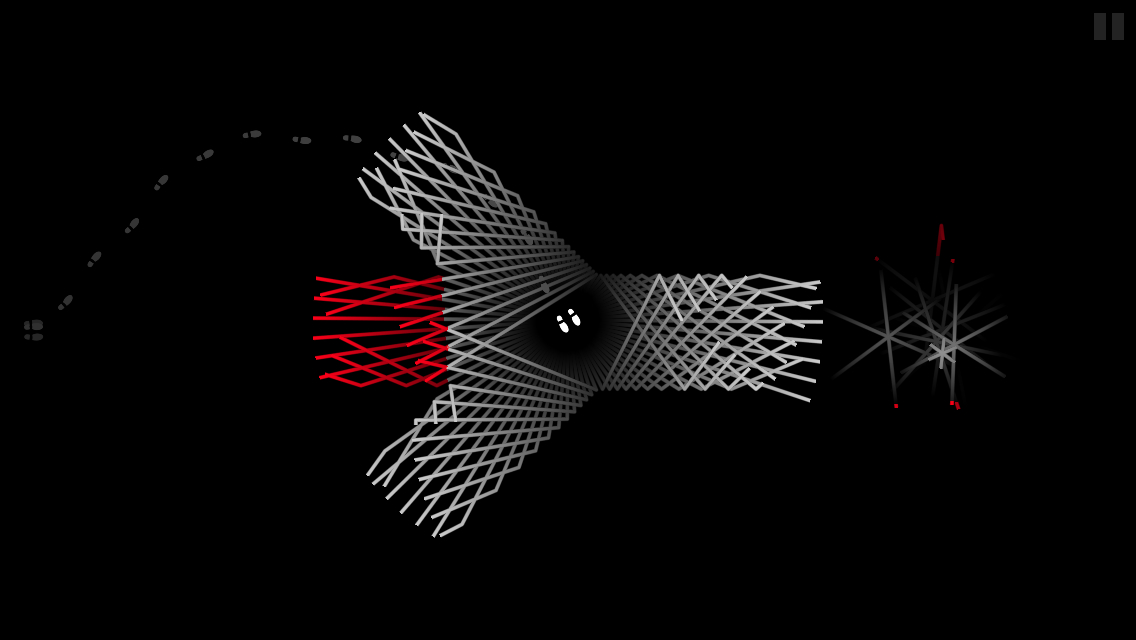 Still, in the wake of Spider-Man‘s roaring success at the box office, Fox made a big push for the movie, marketing it heavily and pushing all kinds of merchandise, including Daredevil’s one and only video game, a Game Boy Advance game. It was a pretty weak side-scrolling action game, the sort of thing you could plug anyone from Squirrel Girl to Darkhawk into and have basically the same game. It’s not as though Daredevil’s the only super hero to suffer such a mediocre effort, but it’s all the more understandable in his case, because to do justice to Daredevil would mean blinding the player, something no sane publisher is going to sign off on. We were lucky enough to have that aspect of Daredevil represented in Marvel Ultimate Alliance, where he appeared as a secret character.

You’re probably wondering what Daredevil has to do with Dark Echo. Well, this is basically a game that does what no one would ever be willing to do in a big budget game. It totally blinds you, the whole way through. Like Daredevil, your main character cannot rely on their sense of sight to guide them. In compensation, sound creates a sort of radar vision for you. Your footsteps create lines that bounce off the walls, showing you where you can and can’t go and alerting you to danger. You can stomp your foot down to get a quick view of a wider area, but that requires you to stop moving and make noise, both of which can have deadly outcomes. There are murderous things in the dark, things that will hunt you if they hear you. You can outrun them on solid ground, but if you head down a dead end, you’ll find out why they’re called that. You can step softly by doing a light tap, but then you can’t see where you’re going. Unfortunately, unlike Daredevil, you aren’t a ninja acrobat, so you need to move carefully and avoid the notice of creatures around you. 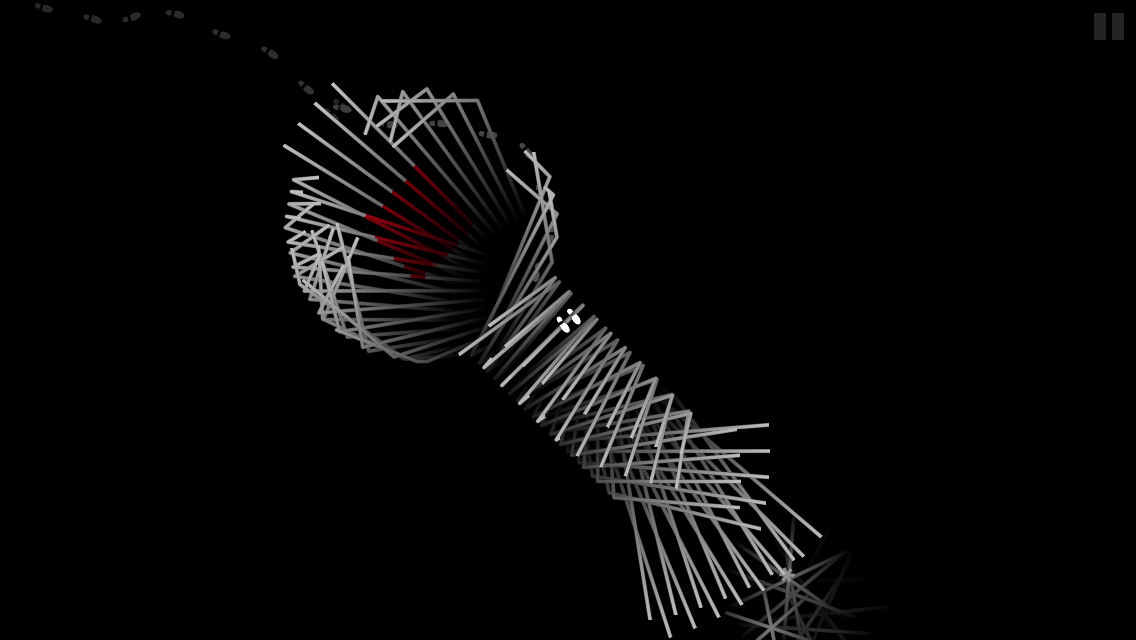 Dark Echo is a minimalist, stage-based horror game with a focus on audio. It’s not without thematic precedent, from things like Warp’s quirky SEGA Saturn classic Enemy Zero to the Papa Sangre ($4.99) series on iOS. Unlike those games, it’s not entirely reliant on sound. You can technically play just by the visual cues your echoes give off, but the horror doesn’t quite work if you’re playing without the audio. It’s how the game delivers most of its ambiance, with the visual elements serving more of a practical purpose. You can see your feet, which shows you where you are and which way you’re pointed. Your echoes will show you empty areas with white lines, dangerous thing with red lines, switches with yellow lines, and water with blue lines. As you walk along the stage, your footsteps will leave a trail behind you. Aside from your footprints, however, you can only see these things if something makes noise. You don’t want to make noise without thinking carefully about your next move.

The sheer tension that results from having your senses bound so strictly is astounding. Dark Echo is careful about layering on complexity slowly as you work your way through its 80 stages, at first letting you ramble about making noise with no consequences before introducing the deadly creatures that will chase you down. Once they make the scene, the level layouts still allow you to simply outrun them, clambering about hallways that are well-lit by your stomping steps. Then it teaches you to step silently, and from then on, it’s the way you’ll typically travel. The enemies won’t hear you if you take these soft steps, and sometimes you can even shake a pursuing enemy by quietly stepping off to the side and not moving for a short while. That’s all well and good until the stages start putting pools of water in your path, which not only slow you down but also make a great deal of noise when you move through them. Soon, you’ll be using noise to your advantage, throwing rocks, luring enemies in a way that allows you to make a break for the exit. You start to master this new skill, but you’re still always escaping by the skin of your teeth, with the enemy breathing down your neck, angry at your ruse and hungry for your flesh. 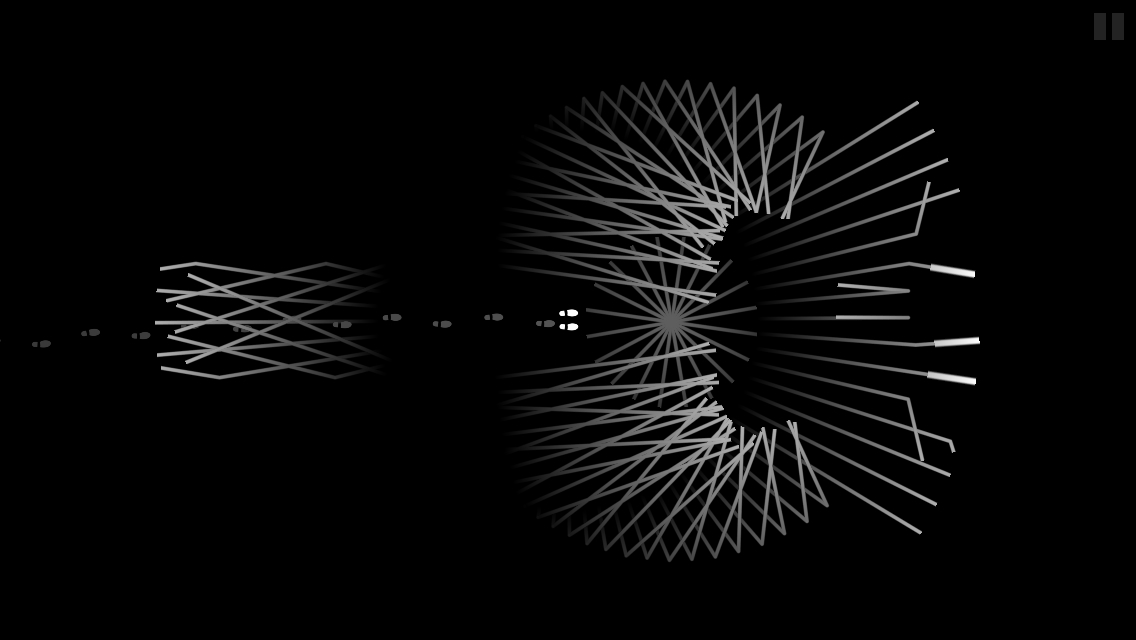 Dark Echo keeps on introducing new tricks and interesting level designs as you play, forcing you to learn new strategies and tricks to survive against the odds. The difficulty ramp-up is nearly perfect. You never feel terribly safe, but every death will usually teach you at least one new thing about the environment you’re trying to navigate. Mistakes will almost always result in new and valuable knowledge, preventing you from being discouraged even as the stages start to whittle down the margin of error in reaching the exit. The feeling of exhilaration when you finally clear a difficult stage with death a half-step behind you is one of the things I play video games for. That the developer has achieved all of this with a black screen, some colored lines, and a set of shoe-prints is a testament to how video games have access to the best co-processor of any computer in the world: the human imagination.

You will never see the creatures stalking you. You won’t see them rip you apart when you fail. That water you’re splashing around in, desperately trying to make your way to a quiet corner before you’re devoured? It’s just a bunch of blue lines. Yet, it’s all terrifying in a way it could never be if you could simply open your eyes and see what’s around you. With the lights on, the clever and treacherous level designs would just look like a bunch of simple floor plans. Instead, they’re confusing mazes, claustrophobic passages where death could be waiting around any corner if you take a step in the wrong direction. The bold sound effects, appealing to the one sense the game reliably allows you, not only serve the mood but also act as a gameplay device, calling the attention of things you’d rather not see awoken. The louder the sound, the more you flinch upon hearing it. Is it safe? Is something coming? Maybe I should slam my foot down to check. But if I do that, it’ll definitely be coming, and I’m not exactly sure which direction the exit’s in yet.

Dark Echo hits all the right notes any well-designed horror game should. It makes you feel incredibly powerless, but extends a lifeline perpetually just outside your grasp. The superb pacing, alternating between quiet moments in the dark and chaotic dashes through a colorful kaleidoscope, creates a tense atmosphere that pulls you in completely. That tension, along with its excellent level design, intuitive controls, and layered complexity, also makes for a superb test of reflexes and quick thinking. It gets quite difficult before it’s even half-finished, but no matter how much I struggled with any particular stage, I always found myself coming back to try again. The darkness and the things that populate it are scary, but I feel the need to conquer that fear so that I can make it through the stage and see what’s coming next. This is simply a brilliant game. I can’t recommend it enough.