Evoland ($2.99) is an odd experience. It’s packed to the brim with genuine enthusiasm for my favorite genre and many great games of that genre and outside of it. Like an experienced stage magician running through his act, it has a brilliant set of tricks that it cleverly lays out one after the other, upping the ante each time to maintain your awe and excitement. At first they come at breakneck speed, not unlike the progress of gaming technology itself. After a half hour or so of this, the designers must have realized that they had to space out their remaining cards so that the game wouldn’t be finished too quickly. Things slow down. They ride out the previous trick for a while, perhaps too long. Then, having exhausted their bag of tricks and understanding that even a patient audience can get restless, things come to a swift, sweet finish. Evoland is too short at times and too long at others. 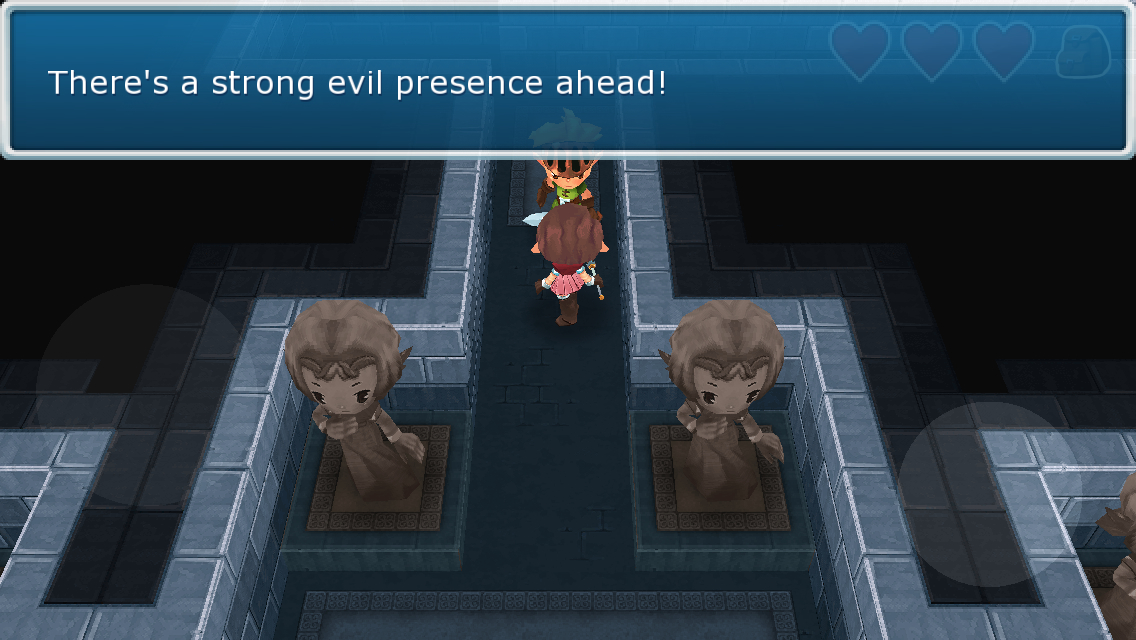 Evoland grew out of an entry into a Ludum Dare competition where the theme was evolution. That game is now known as Evoland Classic, and while it shares a gimmick and a few beats with Evoland, the latter is considerably more fleshed out. The basic premise of Evoland is that you’re following a loose timeline of the advances in RPGs over the years. The game starts off in black and white and no sound, with nary a scrolling screen in sight. There are treasure boxes strewn around the world, however, and many of them will change the rules of the game in dramatic ways. Sometimes the game plays like The Legend Of Zelda, while at other times it’s more like Final Fantasy ($7.99). It even dips its toe into Diablo-style action at one point. It’s not just the gameplay that changes, though. The whole style of the presentation will shift as you go along, too. It’s an immediately impressive hook, calling similar feelings to mind as seeing an illustration come to life for the first time in Joe Dever’s Lone Wolf (Free). 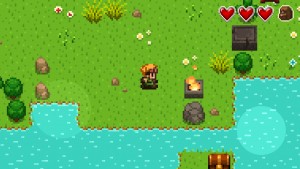 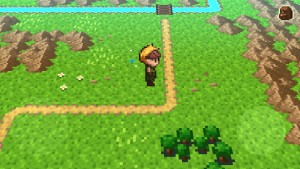 In spite of these constant changes, the bulk of the game is spent solving puzzles similar to those found in the Zelda games. They tend to fall on the simple side of things, with a lot of stepping on switches to open doors in other places, bombing cracked walls, and hitting targets with your arrows. About halfway through the adventure, it pulls its central theme into the puzzles, making for the most enjoyable sections of the game. There are some secret treasure chests that sometimes require you to think a little bit harder, but the game goes pretty easy on you for the most part. The most difficult parts of the game happen during combat, particularly early on when you can’t take more than one hit. You’ll face a few bosses along the way, but if you’ve studied the important works of the genre, you won’t have much troubling figuring out how to beat them. Overall, Evoland doesn’t put up much of a fight, even if you mean to find every secret and clear it completely. 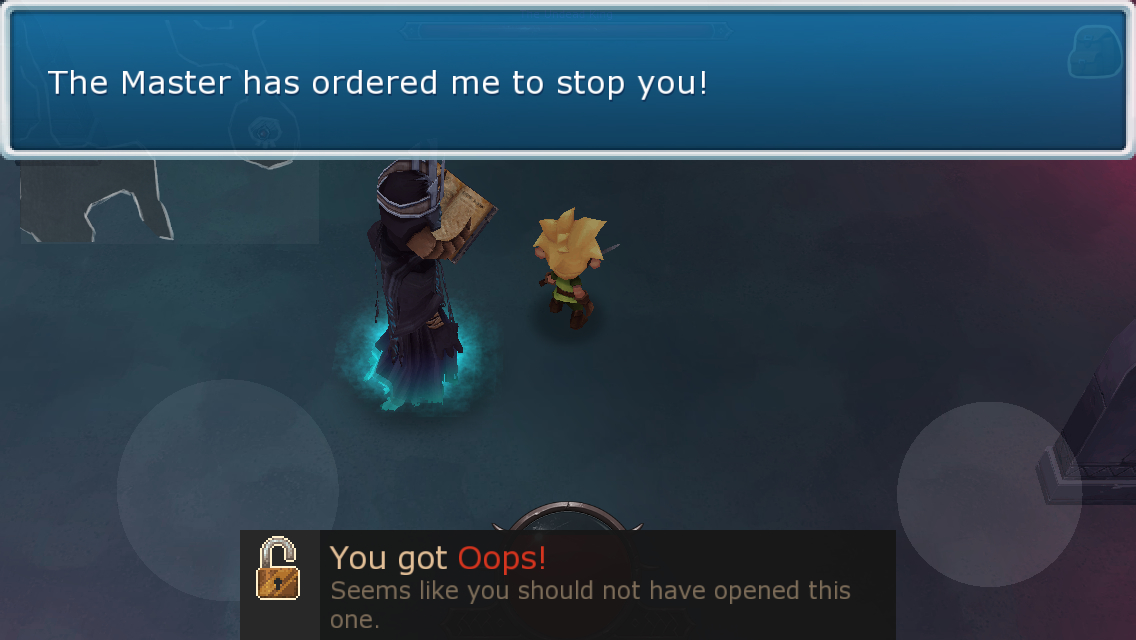 From a certain point of view, though, why should it? Evoland is, after all, sort of a museum tour through history. It wants you to see all of its content, and although it doesn’t want you to get bored, it doesn’t want you to get stuck, either. I think it might err a little bit too much on the side of caution, especially with its JRPG-style sections, but I can appreciate what it’s going for in that regard. Similarly, I completely understand its brief running time. It’s only a few hours long at most, and while that’s very short for an RPG and somewhat short for an action-adventure game, it’s almost a little bit too long for Evoland. You’ll be doing a fair bit of backtracking in the game, both on a smaller scale to solve puzzles and on a larger scale to find previously inaccessible secrets. It’s hardly a unique problem among games that try to do what Zelda seems to so effortlessly, but it’s particularly bad here due to the plodding pace of the main character. This game is screaming for some kind of dash or run button. 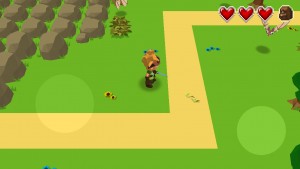 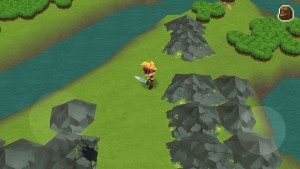 Still, given how much the game is actually juggling, it’s easy to forgive most of its quirks. The constantly-changing rules and aesthetics generally do a good job of distracting you from getting hung up on any one part of it that doesn’t work as well as you’d like it to. The JRPG battles are limited and ultimately meaningless, the puzzles stretch too few tricks over too many dungeons, the controls aren’t quite as agreeable as you might like, and character customization is half-cooked and very limited. Capping all of that off, the ending is extremely anti-climactic. When it’s all over, you’ll find yourself wishing there was more to the adventure. Though Evoland is a significantly-expanded iteration on a prototype design, it itself feels like a prototype for a grander adventure to come. 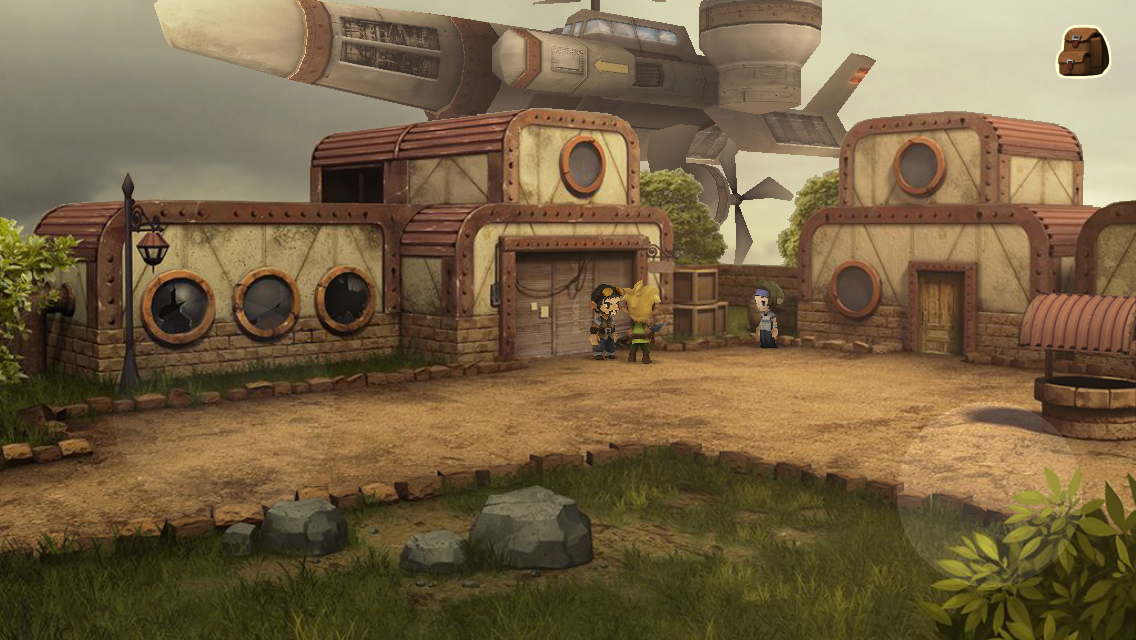 Even as it is right now, Evoland is well worth its asking price. I’ve played so many things it’s like and nothing quite like it, and that’s a hard trick to pull on a well-worn RPG fan like me. There’s a sincere enthusiasm for the genre in all of its many forms running through every part of Evoland, a contagious sort of ode that you can’t help but hum along to. It’s definitely brief, but if the alternative was overstaying its welcome, I’m happy the developers did things the way they did. The few sections of the game where it does spin its wheels a little too long are more than enough to demonstrate the value of a game knowing when to call it a day. 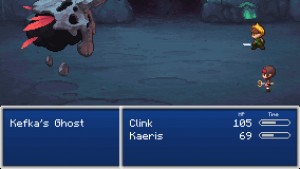 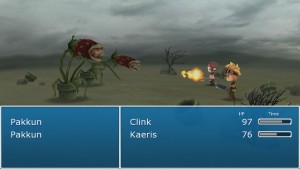 I could go further into detail here, but I think that Evoland is one of those experiences best enjoyed as cleanly as possible, so I’ll bring things to a close here. If you like RPGs or Zelda-likes well enough to enjoy a pleasant, short meta-commentary, you’ll have a good time here. You should also be interested if you’re the sort of gamer that likes games that focus on delivering a unique experience rather than pure mechanical achievement. If you’re looking for the next role-playing epic, you’ll want to steer clear, and if slow-moving main characters drive you nuts, you might want to watch a gameplay video first. It rides hard on the novelty of its gimmick, but when a gimmick is as good as Evoland‘s, the outcome is still a pretty cool game.