In October of last year, a bizarre and intriguing tactical strategy game called Ambition of the Slimes (Free) was released. The premise was that those adorable little slimes that have been fodder in RPGs for decades are finally sick of being pushed around, so they decide to fight back. The way they do this is by inhabiting the bodies of humans. The game plays out in turn-based fashion as you tactfully position your slimes near human enemies, take over their bodies, and then use those inhabited humans as weapons against the rest of the humans. It’s kind of twisted, but everything’s oh-so-cute, so it’s ok.

While not likely to become your new all-time favorite tactics game, Ambition of the Slimes was actually quite charming, challenging and fun. There was just one problem: It was entirely in Japanese. Developer Altair Works promised an English language patch in a future update, and it probably took longer than they expected, but that patch is finally now available. The translation can be a bit wonky-sounding at times, but it’s nice to finally be able to tell what is going on in the game. 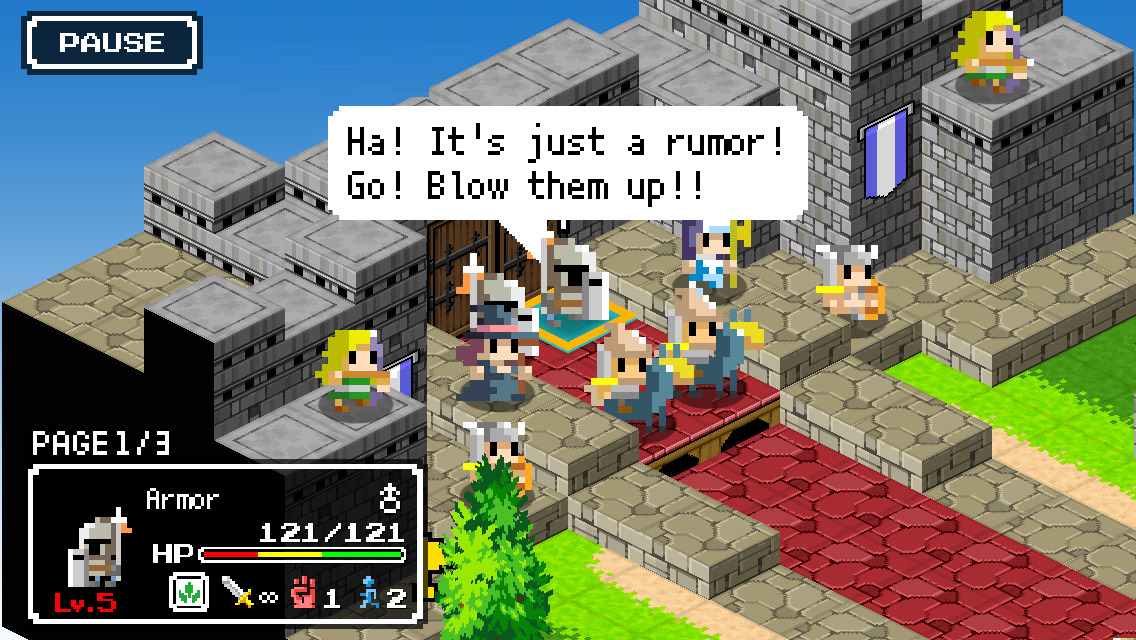 In the months since release and this week’s English language update, Altair Works has been busy updating Ambition of the Slimes with lots of fixes and some new features. It’s an even better game now than when we first took a look at it in October. The game is free with only a few IAP options, nothing that seems overtly necessary, and is supported by ads. Any IAP purchase will remove ads, but in my case I have yet to see one anyway. While I’m not the biggest tactical strategy fan in the world, every once in a while a game comes along that hooks me. I think Ambition of the Slimes has me hooked, and seeing as it’s a free download (and you can read it now!) there’s no reason not to give it a shot.