Limitations are often a great thing for an artist. Gentlemen…Ricochet Mini! ($0.99) shows that in two different facets. This is a sequel and de-make of Gentlemen…Ricochet! ($0.99) which strips away all the modern trappings of the original physics puzzler, and replaces it with something that could be on the original Game Boy. But this is hardly to the game’s detriment, as it winds up improving on the original while not losing anything that made its concept great.

It starts with the visuals. As you may well notice, the game is very green – it’s meant to emulate the style of the original Game Boy, in that it’s four color grayscale (with a greenish tint like on the very original fat Game Boy), and with chunky pixels. The game is at 144p, and very square-ish, just like the original Game Boy. If you’re a fan of the retro style, you’ll dig this. If you loved the original Game Boy, this’ll be right up your alley. If not, then it’s quite likely you find this ugly, in which case I disagree with your opinion, but will fight to the death for your right to have it. 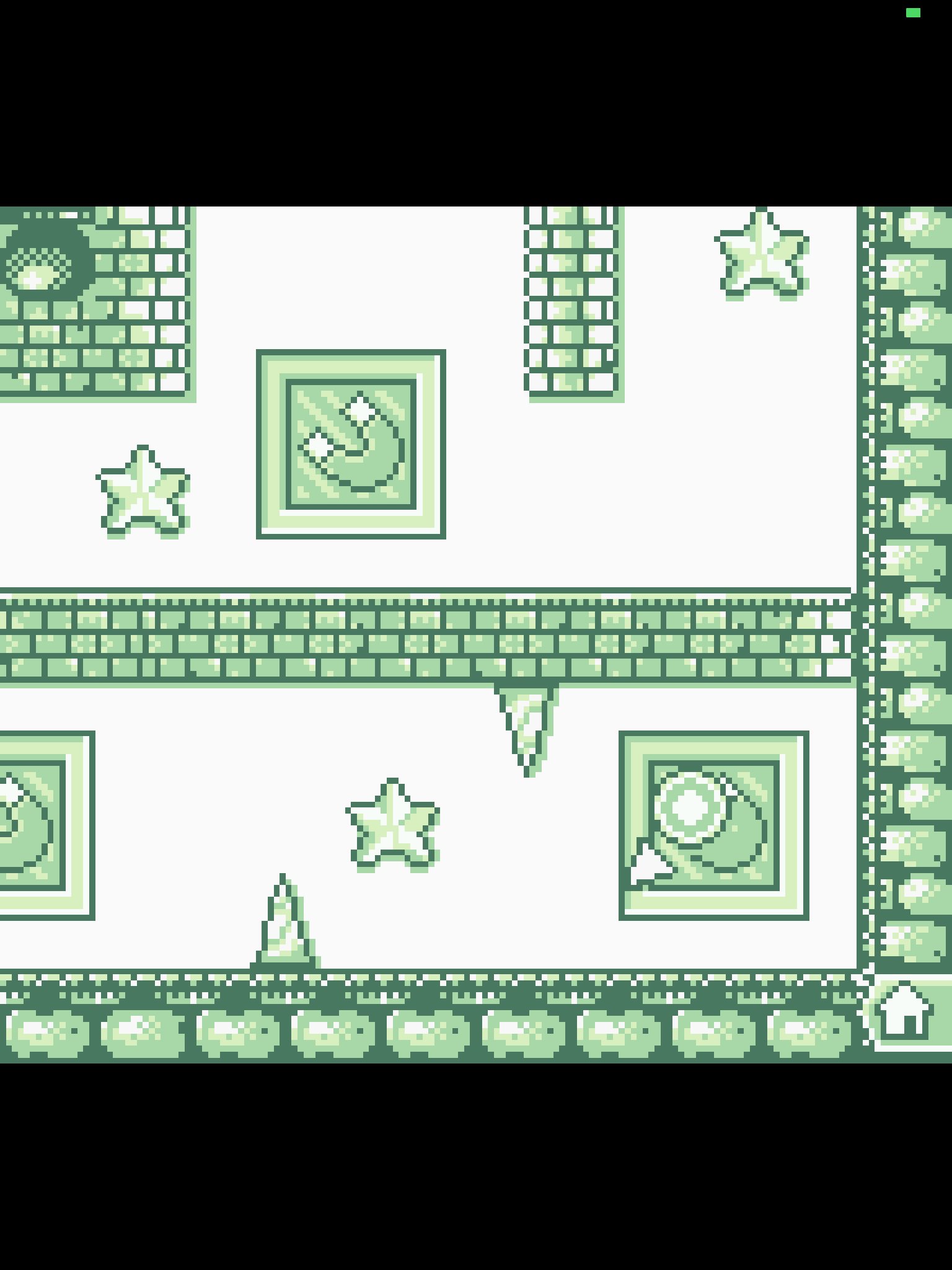 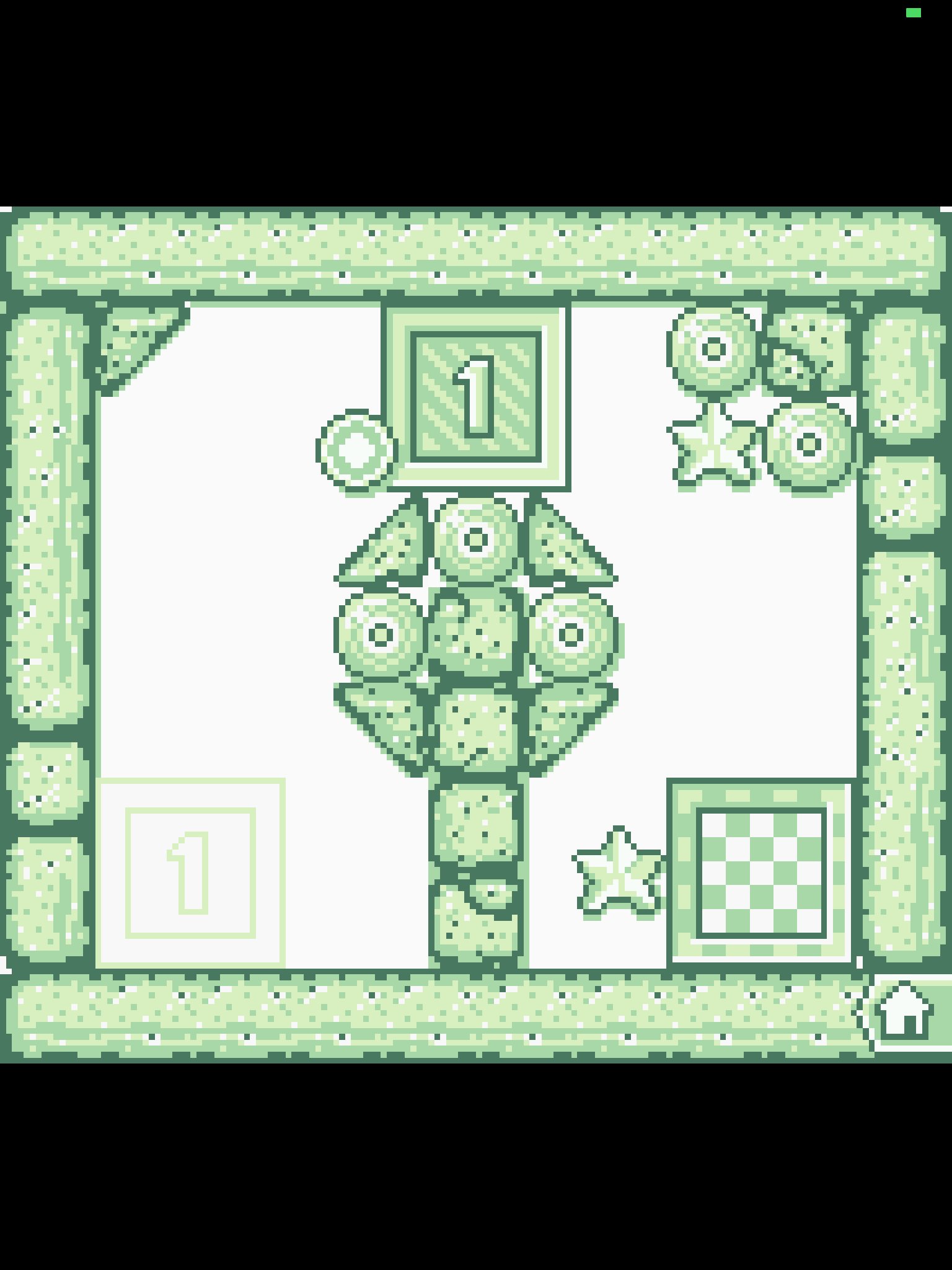 But where the Game Boy aesthetic really comes in is that it limits the concept of the original game for the better. The original Gentlemen…Ricochet! allowed for moving the ball around on the target, then pulling back, and tapping on a magnet pad to activate it. This version ostensibly aims for something that could actually work on a Game Boy, so all action is controlled with one tap. The arrow indicator shows where the ball is going, and it always goes at full power.

But this simplification does wonders. For one, the ability to tap anywhere to attach to a magnet pad works so much better than having to actually tap on the pad while passing. Not having to move around means that the puzzles feel tighter, and allow for some clever timing challenges because you’re stuck in one place. There’s no tracking of shots to par like in the original, but when getting 3 stars is so difficult, why does it need to be tracked? I have no complaints about this removal. This game is streamlined of anything unnecessary while keeping true to the essence of its concept. Even the music winds up being chiptune versions of the motif from the original game – it’s something that you won’t notice unless you play and listen to it, but it’s fantastic. 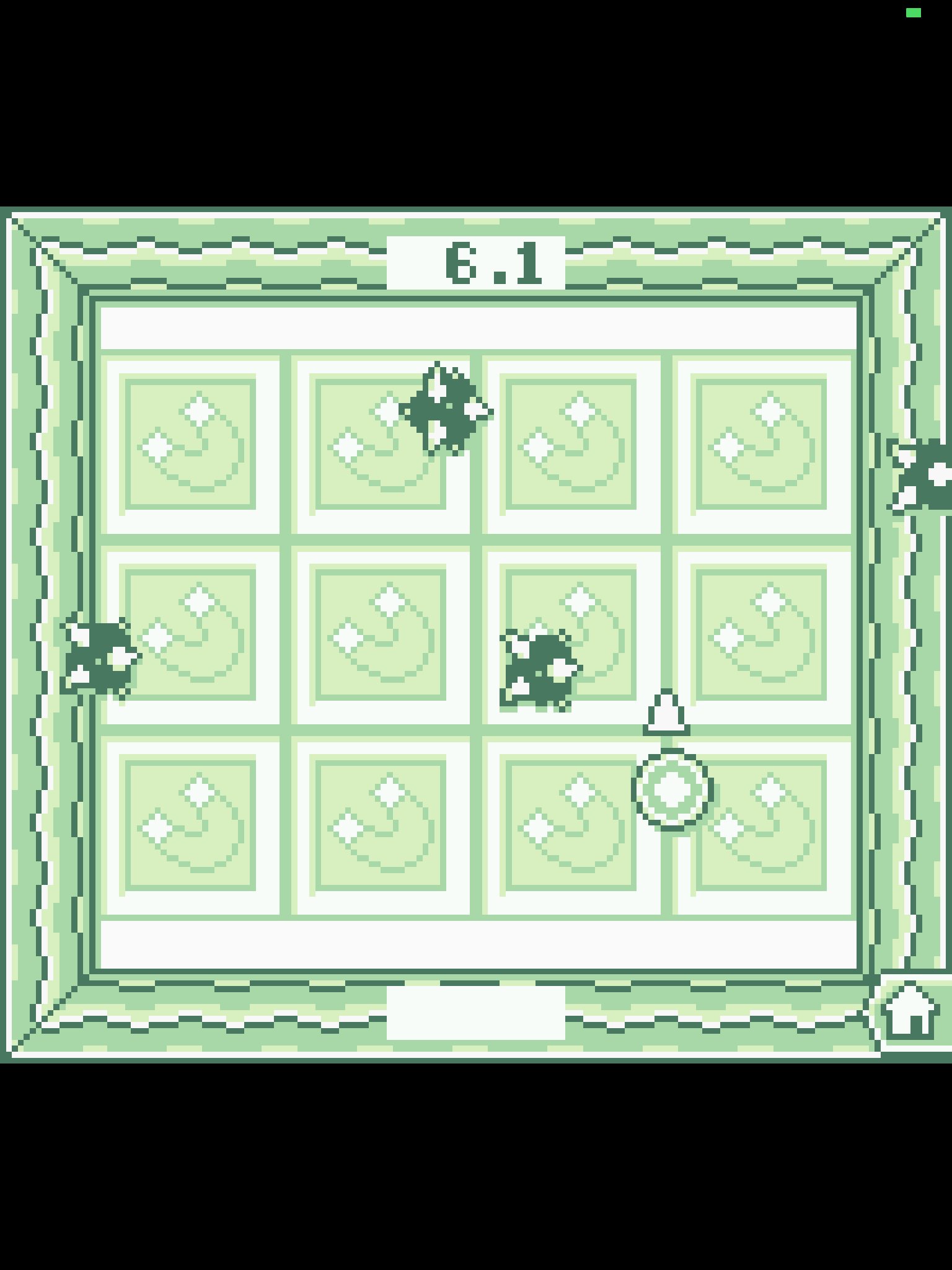 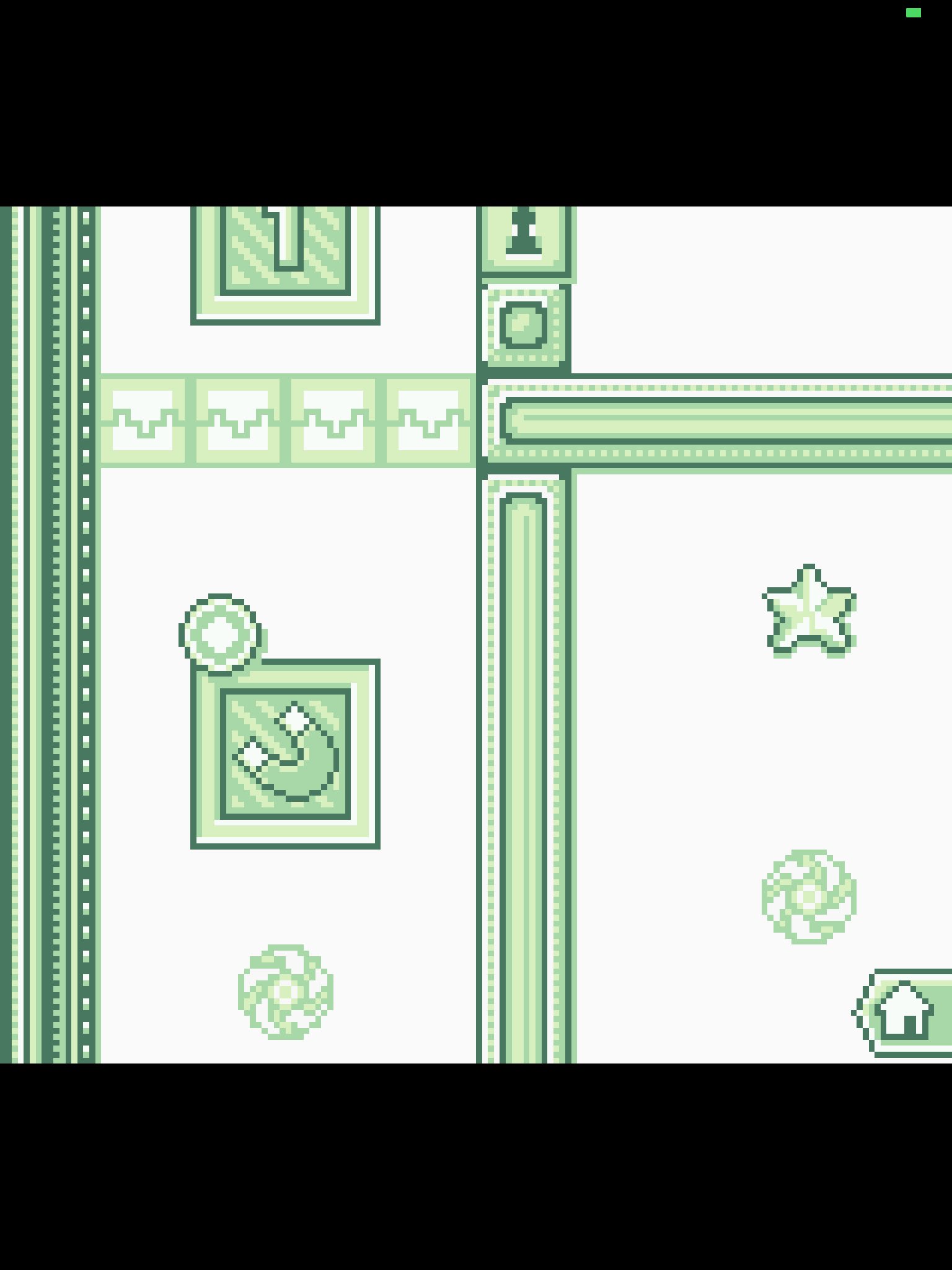 Gentlemen…Ricochet! Mini also excels at variety in its one-button concept. There are a number of hazards that recur throughout the game, from new bumpers that pop up, to warping walls, and even walls that trigger on and off when the screen is tapped. This game doesn’t get dull. The boss levels present new challenges, and pop up every 12th level to throw a wrench in the proceedings. They’re not always boss fights, and require some real skill to get three stars on. The tap-and-hold to restart a level is sublimely perfect, too.

The last set of levels in the game wind up being particularly hellish due to the need to hit incredibly tough angles, and timing the tighter angles can be tricky. Some of the levels are solved best through hoping the random ricochets will get you where you need to go, and quite possibly with the stars you need, but then again, this game has “ricochet" in the name. It’s to be expected. Sit back and enjoy the ride. The game only works in portrait mode, which seems silly. I’d love to play this in landscape mode. And I know the cloud wasn’t a thing in 1989, but iCloud support would be welcome.

All in all, this game gave me a great kick back to the days that got me into gaming on the go, and provided a nice challenge, all for a buck. I do say, gentlemen, this is a rollicking good time.