More old games are coming back, y’all! I don’t know if iOS 8 was just that destructive of an update to a bunch of games that developers felt the need to update their classics or if this is just all coincidental, but we’re seeing a lot of games make comebacks after a long while. And the latest on that list is 1-bit Ninja ($2.99), which has just been updated to support iOS 8, and throws in long-overdue iPhone 5,6, and 6 Plus support, and makes the game universal for iPad. 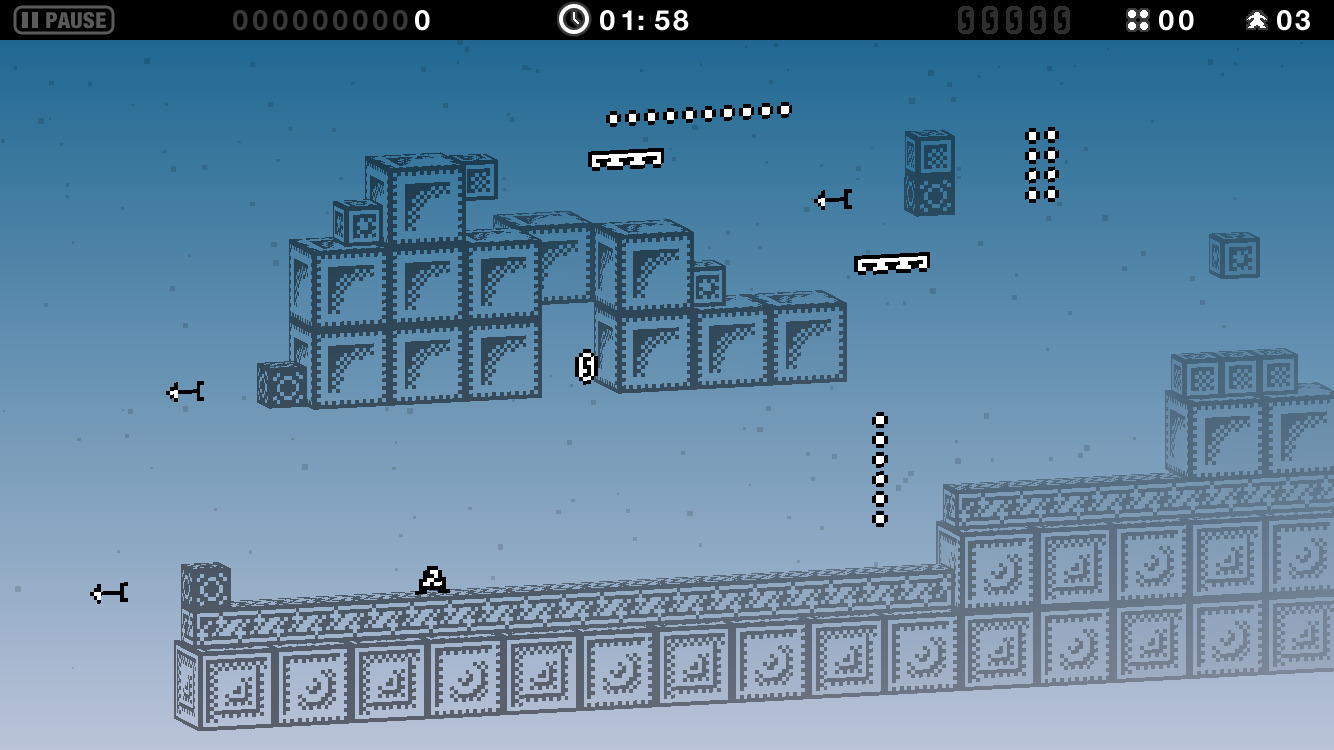 If you haven’t played 1-bit Ninja, the game totally holds up from its 2011 original release. It’s a Super Mario Land-inspired platformer where you can only run in one direction, forward (unless you hit a spring), and jump, trying to survive the challenging levels and collect all the large S coins in them. The game is 2D in a 3D world, and it plays with perspective, as you must adjust it to see ahead and to find where perhaps a wall might actually be a hidden path to go through. It’s really a clever game, there’s not a lot like it, and now that it supports modern devices, it’s as good a time as ever to check this one out.