During today’s weekly livestream, the folks at Super Evil Megacorp will be taking the wraps off the latest hero for their free-to-play iOS MOBA Vainglory (Free). Skaarfungandr, or Skaarf for short, is a fire-breathing dragon and is the latest hero to join the fray. Being a dragon, the majority of Skaarf’s abilities center around long range area of effect damage attacks like launching fireballs and damaging opponents with dragon breath.

Spitfire deals crystal fire damage to the first enemy in its path. Skaarf’s second ability, ‘Goop,’ is the most interesting as it puts down an AoE slow effect that can be set on fire, transforming the slow effect into an AoE DoT. The final ability, ‘Dragon Breath’ is also pretty cool as Skaarf inhales air which can slow down or speed up opponents depending on the direction they are running. When he exhales, the slow/speed up effect reverses and flame damage comes out in a frontal cone. Scarf’s heroic ability centers on refreshing the burn duration of any of the specials that cause burning damage.

Each of Skaarf’s abilities sound pretty awesome and it’s good to have another long-range hero with abilities that have more potential strategy beyond simply dealing damage (Adagio is the only other long range dealer that has similar, quirky abilities). Considering how balanced Vainglory’s heroes are currently, I have no doubt Skaarf will find his place within the cadre of heroes. 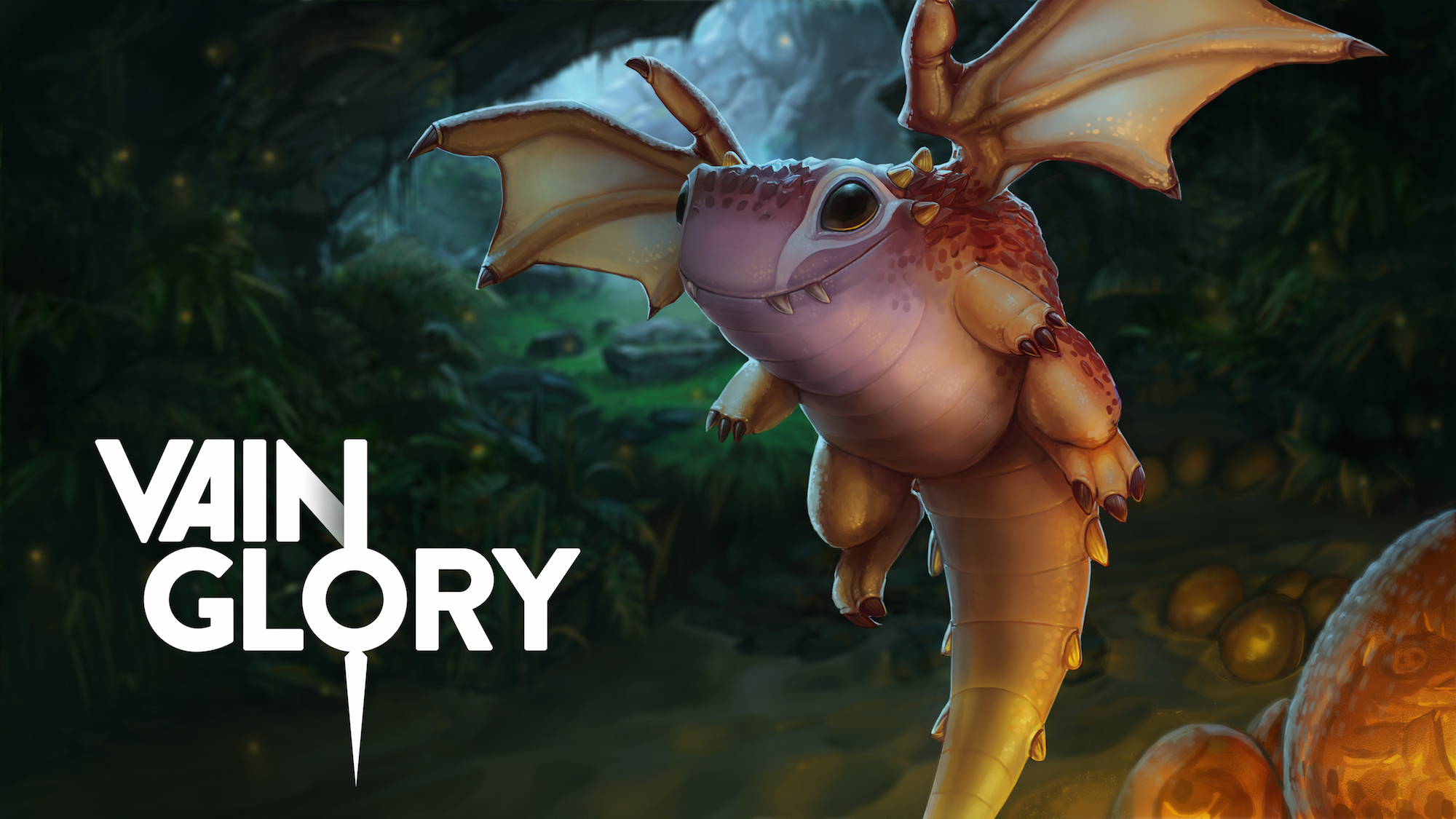 In addition to the Skaarf’s debut, Super Evil Megacorp will also provide a preview on Vainglory’s next update. Full 3v3 private matches will allow groups of friends to compete against each other and chat makes a limited debut with Party Queue Chat, which will allow party members to strategize for the few seconds before the match starts (the developers also stated that this feature would be turned on region-by-region in order to monitor its effects). Finally, players that cancel a match by not locking in a hero within the allotted time will receive the same cooldown penalty as those that decline matches outright.

Everything announced will be coming in a (hopefully soon) update to the app. Meanwhile, if you’ve not played the awesome Vainglory, feel free to check out our review (and corresponding guide) or just download it for free on the App Store. To see the the new hero Skaarf and the new party features in action, be sure to tune into the livestream on Twitch later today at 4pm EST/1pm PST.