While it’s not exactly a groundbreaking free-to-play base builder, Call of Duty: Heroes (Free) is still a pretty decent freemium title. Our review mentioned that the game itself is a bit more forgiving in some aspects of it freemium elements, but like all similar titles, there are still plenty of timers and opportunities to shell out for premium currency. For folks new to the genre — and even for those veterans that know what they’re doing — we’ve compiled some tips to help you get the most out of the game without necessarily resorting to shelling out.

PvP is an important aspect of Heroes and is one of the easiest ways to accumulate loads of resources. The following are some general tips when it comes to going against other players.

Don’t Be Cautious With Your Units

When it comes to engaging other players (or even the computer) in PvP, I’d always err on the side of aggression rather than caution. Obviously you want to study your opponent’s base and make sure you’re placing the proper units in the proper locations to take out the things you need, but I wouldn’t hold anything back. Units can always be retained after a battle for minimal resources so all it takes is time even if you expend too many units. Of course, if you get matched up with a pitiful base and you know exactly what you need to take it out, feel free to use restraint. Otherwise, it’s never a bad idea to throw more units at the problem if it increases the chance of victory.

Relatedly, I’d suggest taking full advantage of the heroes you have available, especially in PvP matches. You can only earn experience during PvP matches, so it makes sense to use your heroes as much as possible. It also gives you an opportunity to use their pretty cool special moves, which merely require skill points (which can be earned during matches and via daily rewards). 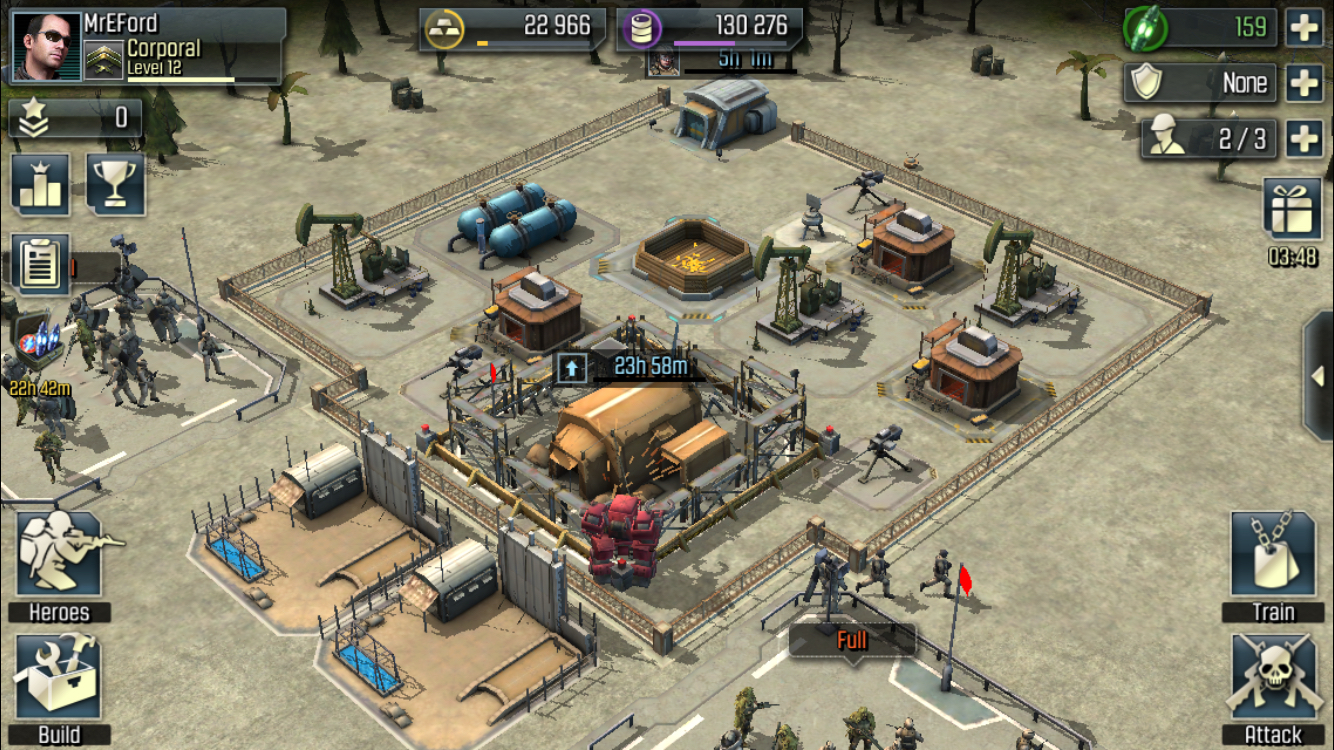 Upgrade and Understand Your Units

Sounds pretty obvious, but one of the easiest ways to give yourself a great chance at success in PvP is to upgrade your units at the earliest opportunity. Make sure to not only build a Ballistics Lab and Technology Facility but make sure the buildings themselves are upgraded so that way you can continually upgrade your units at a steady pace. The more upgraded your units, the easier it is to win PvP matches. The more matches you win, the more resources you can collect to upgrade more units, and so on.

Of course, upgrading units is only one part of the equation. Each unit has its own strengths and weaknesses that you need to keep in mind. Use your Juggernauts, with its increased HP as damage soakers that can make room for your other units to do their damage. Get a feel for each of the units and make sure you put them in situations that fully utilize their strengths while minimizing their apparent weaknesses.

Be Mindful of Your Shield

Like most similar freemium titles, Heroes bestows a shield upon your base which prevents other players from attacking it. You get a long shield when you first start the game, allowing you to  build up a small base before it getting attacked. You also get a small shield every time you are attacked and lose. Regardless of what kind of shield you have, you lose it as soon as you attack another player.

I’m a big fan of using any shields you get to its full advantage. Don’t bother attacking an opponent at the onset of starting Heroes until you’ve build up most of the core buildings and have at least a rudimentary defense in place. Relatedly, if you lose a match and get a shield, I’d use that downtown to collect resources and improve your defense before jumping straight back into battle and ending your shield. Taking full advantage of the game’s Replay system may give you a glimpse into the final piece the puzzle needed to get your base’s defenses in good order, minimizing future losses. 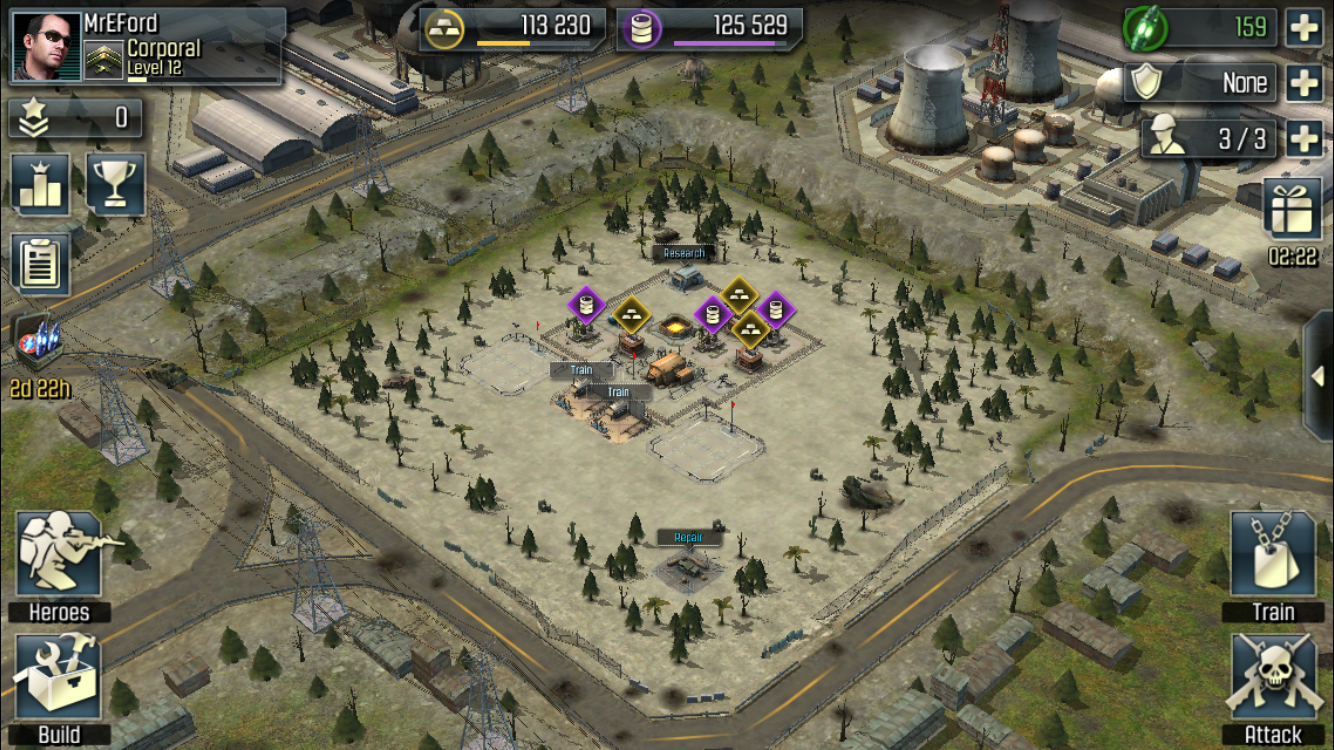 Successfully defending your base not only minimizes the amount of resources lost during an attack, but it also earns you reputation points as well. There are a few general tips you can keep in mind when building your base’s defense. Make sure you have walls around your most important buildings (such as resource generation and your command center) and keep those walls upgraded when you have the opportunity to do so. Take full advantage of mines and also try and place them in likely places that opponents may go through (use replays to try and figure that out). Also, when placing turrets, try and hit that perfect balance of coverage and redundancy, making sure turrets can assist each other while making sure all the important areas are covered at the same time.

Eventually, you’ll be able to build a Heroes’ Post, which will allow you to assign heroes to defense (which means you won’t be able to use them during PvP attacks). Once you’ve unlocked multiple heroes, it’s not a bad idea to assign one to the Post, as a hero will go a long way towards beefing up your defense. Finally, if all else fails, copy an opponent’s base if they manage to totally kick your butt in a match. Odds are successful implementation of their technique might lead to some defensive wins on your end.

The rest of these tips center around common sense freemium guidance regarding currency and daily rewards.

Understand What Premium Currency Does

Unlike some other freemium titles, the premium currency in Heroes (called Celerium) isn’t needed or required to purchase special units or upgrades (save one). Instead, Celerium is used for three different types of purchases. First, it can be used to speed up the timers of anything (constructing buildings, training units, upgrading technologies, etc.). Second, it can be converted into the other currencies in the game (Gold, Oil, Diamonds, Skill Points). Finally, Celerium is required to purchase additional builders, which allow you to construct and upgrade multiple buildings on your base.

While Celerium can be pretty useful to speed up timers and earn different currencies, I personally think those are a bit of a waste. I’d recommend saving up the Celerium you earn and using it to purchase builders; starting a game from scratch should give you enough to purchase one builder off the bat. Within short order you should be able to purchase a third builder. Whether you buy more than three builders is up to your playstyle – personally I operated just fine with three. 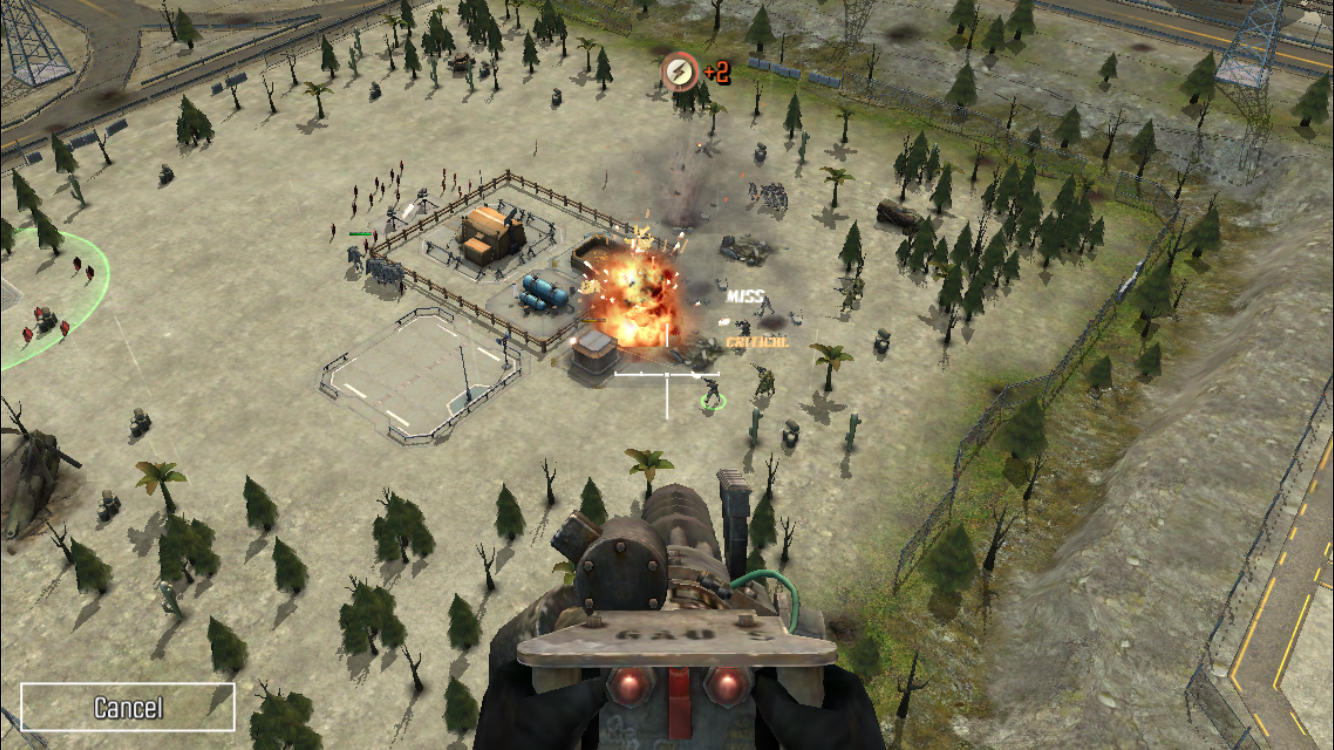 It sounds obvious. but if you’re going to be serious about playing Heroes, it’s imperative to take full advantage of the daily rewards that it shells out. Gold and Oil are rewarded within ten minutes of each other, while experience, skill points and Celerium are on longer timers. Just remember, you have to collect whatever reward you’re on before you can start the timer on the next tier. Also, the daily rewards increase for each consecutive day of logging in up to 70% above the base rewards. While the gold, oil and experience are nice perks, the skill points and Celerium are the really cool rewards. Thus, you’ll want to make an effort to collect those on a daily basis before the rewards reset for the next day.  As long as you remember to check periodically during the day, you’ll be fine.

Another daily reward worth mentioning is the daily first PvP victory, which rewards a small amount of Celerium. Again it’s not much but every little bit helps when it comes to earning premium currency. One last tip regarding daily rewards: as you upgrade your base, the daily rewards increase, providing more of an incentive to dedicate resources to base building.

Got any more tips as to how to be successful in Call of Duty: Heroes? Be sure to post them in the forums or leave a comment below.