I don’t mind games that are free to try with an IAP to unlock the rest of the game, but one of the tricky things about them is that it’s hard to notice when they go on sale. If you’ve been waiting patiently for Capcom’s fantastic Ace Attorney: Phoenix Wright Trilogy HD (Free) or Phoenix Wright: Ace Attorney – Dual Destinies ($0.99) to come down a little bit in price, your court date is set for today. The games are initially free to download, so you won’t see them showing up on useful services like AppShopper Social (Free), but the full game unlock IAPs for both are currently slashed down to prices so crazy, even Dr. Hotti can’t believe them.

Ace Attorney: Phoenix Wright Trilogy HD collects the first three games in the series. Together, they form a tight story that tosses beats up in the air that won’t be caught until you’ve almost forgotten about them. The graphics have been spruced up for these games, tossing out the old pixelated look for something a bit more smooth and high-resolution. Together, these three games will provide you with dozens of hours of wacky characters, unbelievable twists, and even a little heartfelt drama. It’s worth the trip at twice the price, but if you buy it now, you’ll only have to pay $8.99, down from its usual $16.99 price. That’s a price so criminal, don’t be surprised if Detective Gumshoe shows up at your door, pal! 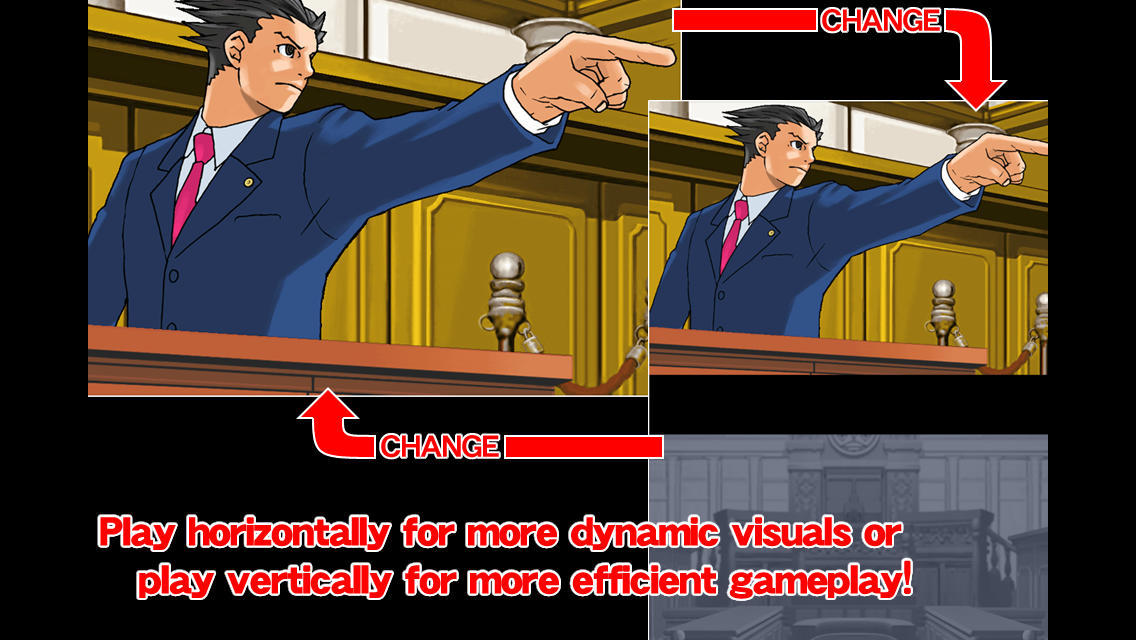 Phoenix Wright: Ace Attorney – Dual Destinies is the fifth game in the main series, bringing the original protagonist Phoenix Wright back to the lead role after playing second banana in Ace Attorney: Apollo Justice. This game was originally released on the Nintendo 3DS, so its graphics are quite a step up from the original trilogy. While not quite as long as the first three games put together, it’s still a massive game, and although I didn’t enjoy it quite as much as the original games for reasons you can read in my review, it’s an excellent port and still worth playing for any fan of the series. If you’re willing to fight for justice, you can get the full game for $9.99, down from its regular price of $14.99.

Apart from those, Capcom’s also put their interesting port of Mega Man X ($4.99) on sale for $0.99, down from $4.99. I guess you could buy that if you want to make yourself cry. The Ace Attorney games are the real stars of this sale, however. I’d easily recommend both of them at these prices. It’s just a shame poor old Ghost Trick‘s been abandoned with the jump to iOS 8. I’m sure Sissel would have loved to join his spiritual predecessor series in this holiday sale. That said, four Ace Attorney games should keep adventure game fans busy for quite some time.