About a year ago, Ravenous Games announced in our forums that they’d once again teamed up with Bulletproof Outlaws, the folks who did the lovely graphics for League of Evil 2 & 3, and were working on a stylish new dual-stick shooter called Paranormal Minis. In the months that followed it sounded like some progress was being made on the game, but Ravenous had their hands full with other iOS releases, and eventually they put Paranormal Minis on the back burner, uncertain if they’d return to finish it or not. Well, as they posted today, Paranormal Minis is alive and well, and in fact it’s received a pretty major design overhaul, going from a dual-stick shooter to a more traditional brawler-style action shooter. Here are a couple of new screens. 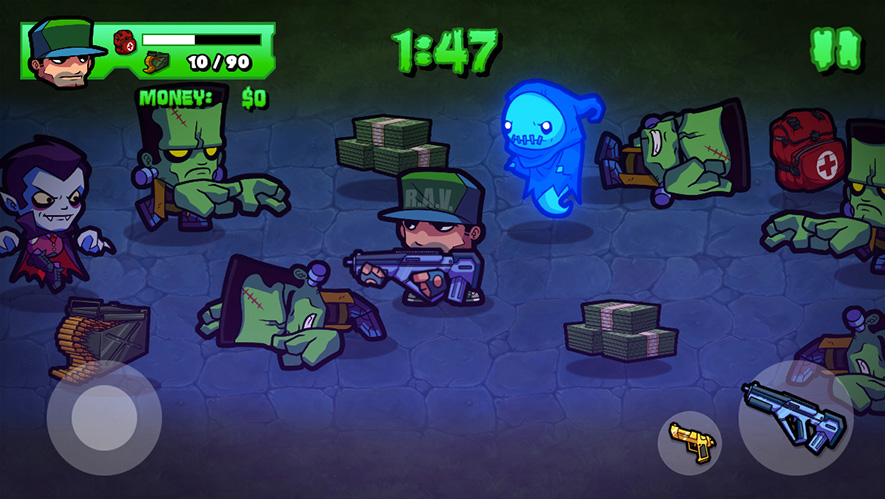 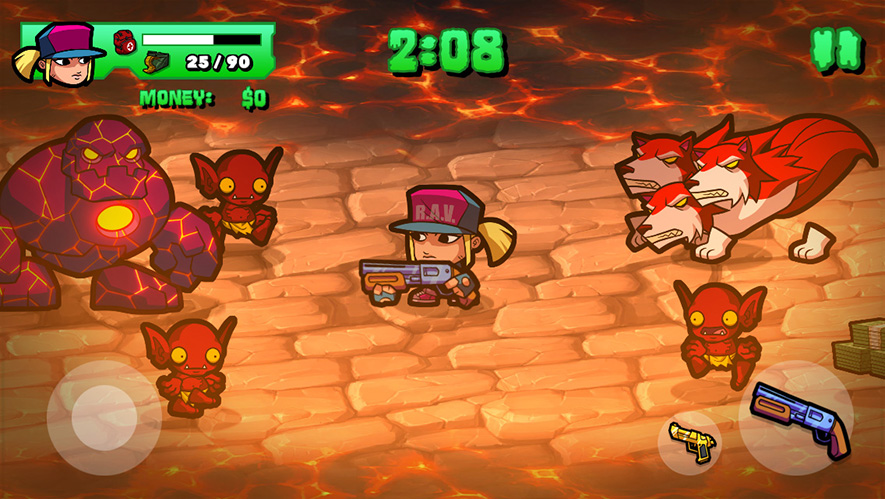 If you poke around in the Paranormal Minis forum thread, you’ll see some of the older screenshots of the game when it was a dual-stick shooter, and I think the change to an action shooter is a good one. Everything is much more zoomed in, and I personally like the ability to manually fire my weapons as opposed to most dual-stick shooters which have auto-fire. Of course comparisons are already being made to the Zombieville series, as that’s pretty much the gold standard for these types of games, and considering how great the Zombieville games are I don’t think that’s a bad bar to shoot for. No word yet on release date, but we’ll let you know when we hear more.