When it comes to games where it’s possible to mine fake bitcoins, the undisputed leader in the field has to be Hodappy Bird (Free). However, Noodlecake Games and FizzPow Games are ready to pull some oneupmanship with their upcoming game Bitcoin Billionaire. Coming soon, this is a satirical take on ‘clicker’ games where rapidly tapping the screen will mine them sweet, sweet, fake currency. Or, in this case, fake fake currency. The more bitcoins you mine, the more upgrades you can buy, allowing you to mine while the game is closed, and to mine faster. There will be plenty of cosmetic upgrades to get as well, because you gotta mine them bitcoins in style, like with special hats, and also a kitty. Kitties are the ultimate accessory for bitcoin miners.

The game’s not just going to feature goofy fake fake currency collection, but also an opt-in ad system for not just incentivized video, but also rewards for enabling banner ads. We live in a strange era. Sadly, you can’t mine actual bitcoins with this game; we’re just not ready for that radical of a future. The game’s currently in the hands of Apple, so pending approval, it’ll be out soon. 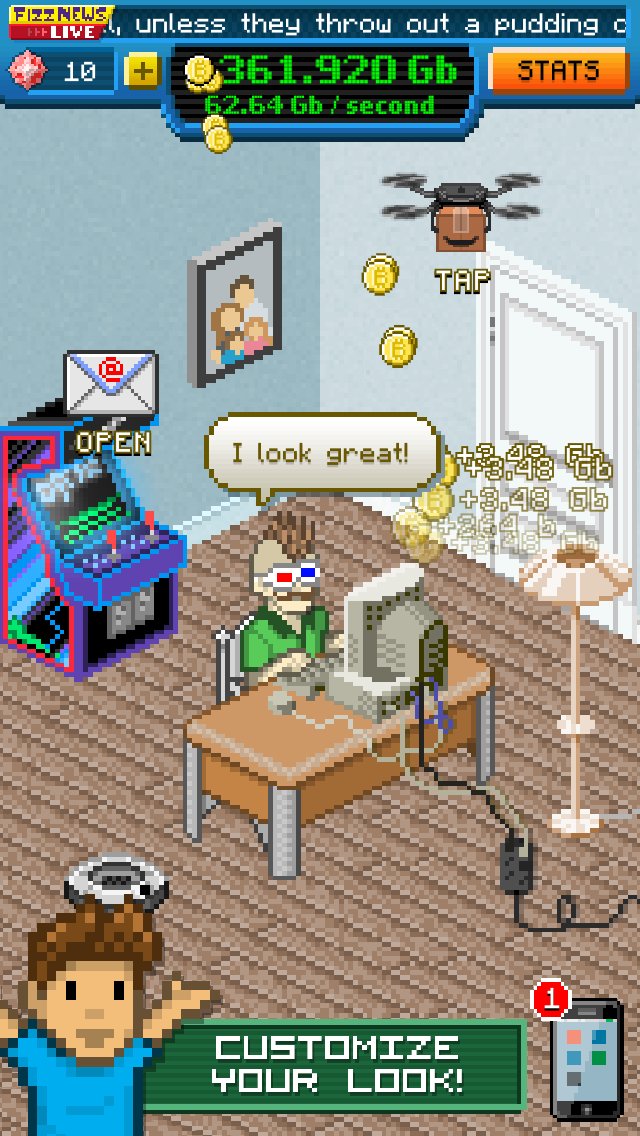 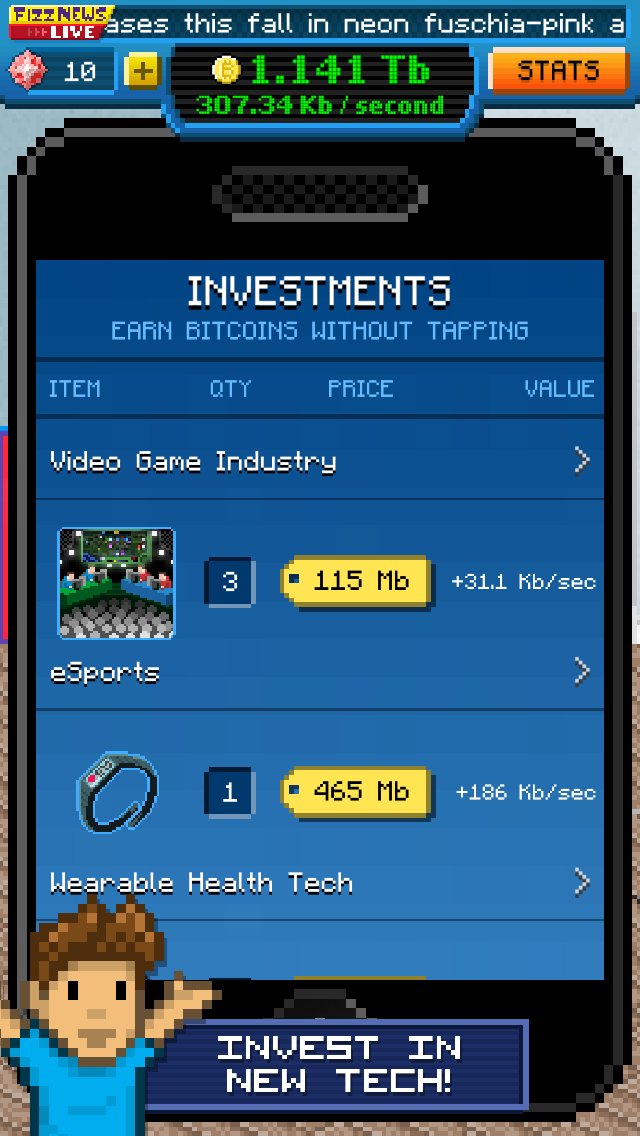