A# (A Sharp) released King of Dragon Pass ($9.99), set in the same role-playing world as HeroQuest and RuneQuest, the world of Glorantha. This is a world that stretches back to 1966, when the only role-playing games were done on tabletops. Well, A# has announced that they are working on a brand new game set in the world of Glorantha, Six Ages. The plan is for this to be a spiritual successor to King of Dragon Pass, attempting to keep in the tradition of that game’s blend of various elements, like role-playing, resource management, and decisions with long-ranging effects. Six Ages is very early in development, and isn’t planned to release until 2016 at the earliest.

If you never played King of Dragon Pass, the game will be going on sale for 50% off its $9.99 price for $4.99 starting on October 29th. Pretty much every version of the game, not just the iOS one, will be going on sale, if you wind up preferring this on another platform. We were huge fans of the game back when it released in 2011, and since the review, it’s been updated to be universal with iPad support, so if you’re looking for a big, beefy experience that can be a slow burn, this is worth checking out. 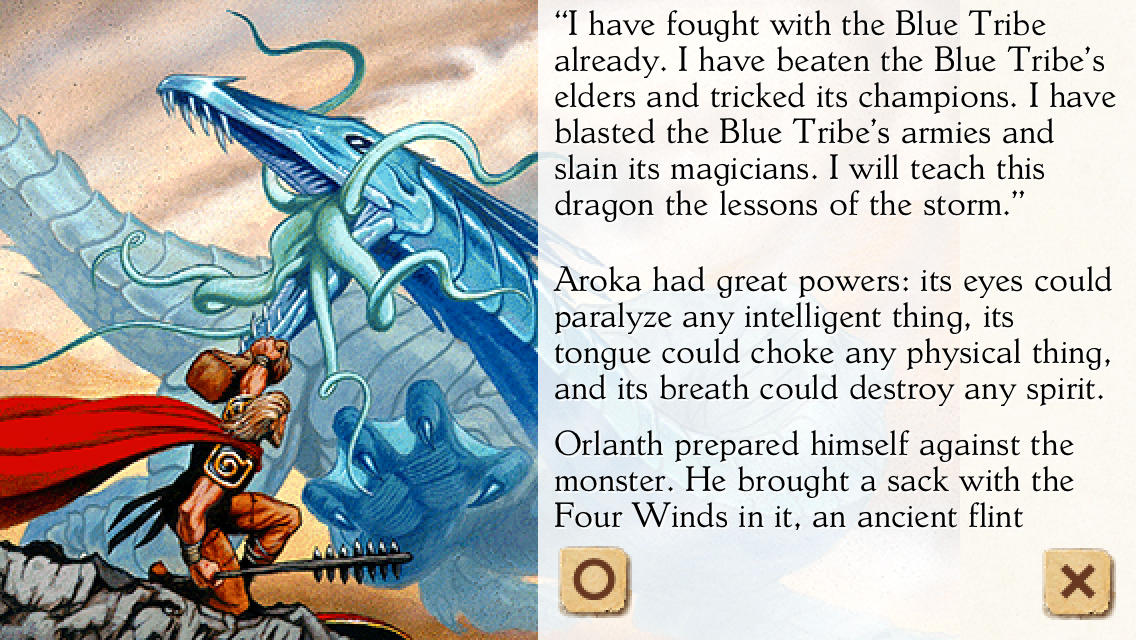