2K has been experimenting with sports games on the iOS for a while, with NBA 2K15 ($7.99) being its latest attempt to bring its 2K Sports brand to the platform. In some regards, 2K15 does a great job of bringing that experience to iOS, with a full featured Career Mode, great graphics, and a look and feel that excels beyond most of the iOS competition. Unfortunately, some significant technical issues remove a good deal of the enjoyment that should be had with the game.

As mentioned above, there are a few things that 2K15 does very well. The game’s overall presentation is top notch and features a pretty good soundtrack. Visually, it’s also in the upper tier in terms of graphical quality on iOS. While no one’s ever going to confuse it with its current console brethren, 2K15 on iOS is still a pretty impressive feat that’s worth mentioning. 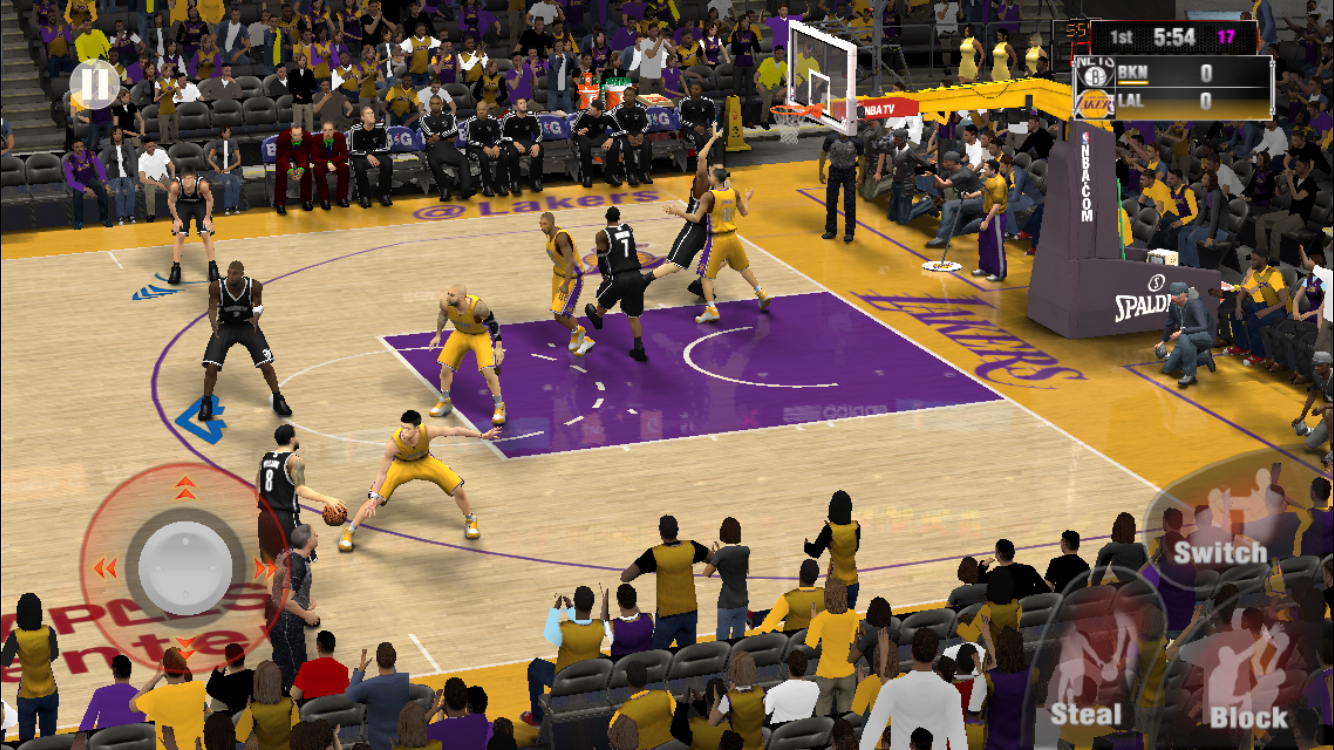 Career Mode is also another strong feature in 2K15. Similar to what’s been seen on previous year titles, Career Mode lets you make an NBA player, customize nearly every detail of their physical appearance and stats, and put them in the NBA Rookie Showcase. From there, your player gets drafted, signs a contract and plays their role on the team that signs them. Unless you played awesomely in the showcase, you typically start out as a bench warmer and work your way up to within the rotation, to sixth man and finally to starter and superstar. Playtime becomes important becomes it gives you more of an opportunity to do well in-game which earns you skill points to improve your player.

Yes, if you haven’t played NBA 2K’s career mode before, it’s basically a Basketball RPG. When you’re in the game, you get graded for everything well that you do. Make a good pass, play good defense, set a screen leading to a score – these all lead to skill points being awarded depending on how well you’re graded. Of course, scoring and recording definable stats also award SP as well. Signing big contracts and advancing in your career, as well as participating in practice minigames all add SP as well. SP allows you to upgrade individual stats as well as purchase signature moves, which can dramatically increase stats in certain situations. 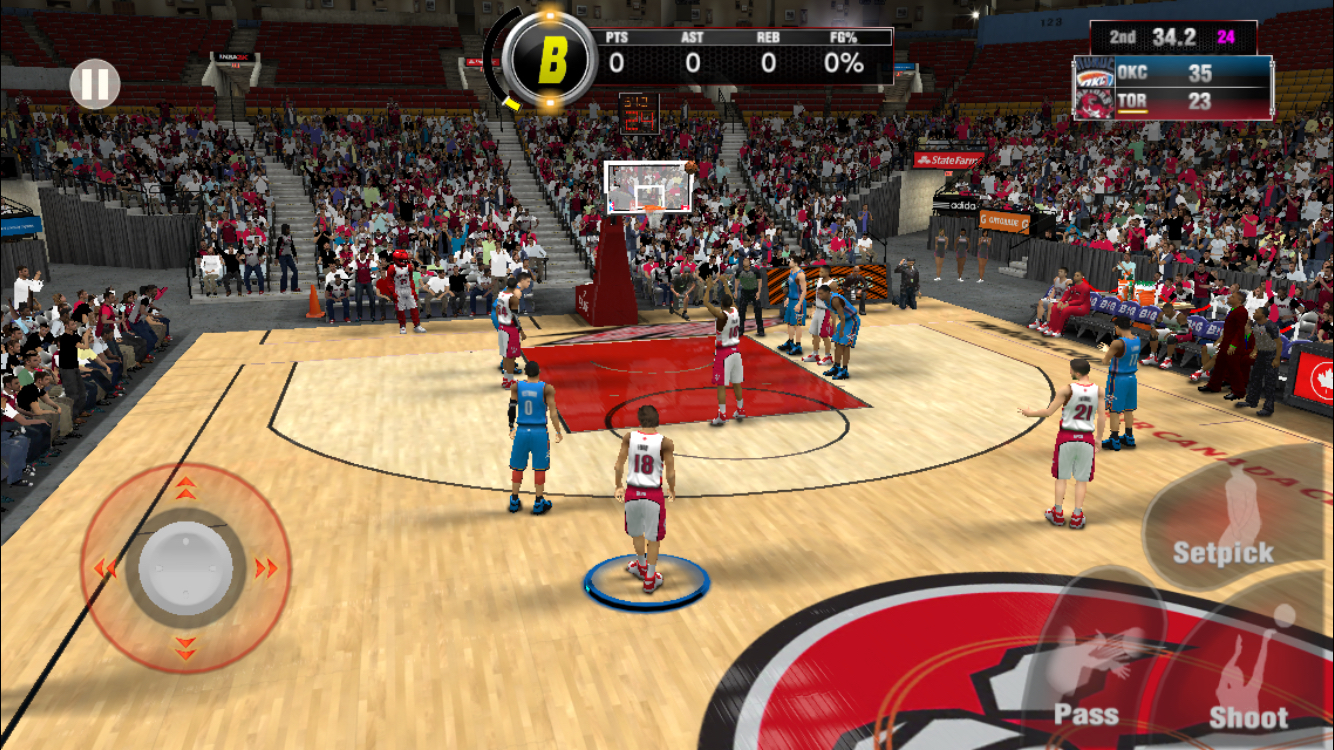 I’m a huge fan of 2K15’s career mode and it translates very well in this mobile port. Being rewarded or penalized depending on what you do in-game makes each game far more meaningful than simply playing the game otherwise. You can even engage in simplified interactions with the GM, the press and others to change your player’s demands and reputation. It’s a good thing Career Mode is so engrossing because 2K15 has very little else to offer, with Quick Game being the only other option at this time. Season Mode and Blacktop (basically pick-up games) are coming soon, but at this point aren’t available.

Unfortunately, even the awesome Career Mode can’t help with 2K15’s significant technical issues. I encountered numerous crashes, tons of slow down, and an iffy control scheme that would be playable if not for the horrible framerate issues. In fact, playing the game without doing a full restart of my iPhone lead to an experience that was so rife with slowdown that it was basically unplayable. While restarting my phone lead to a mostly playable experience, the framerate spikes were way too prevalent to make for an enjoyable experience. The scariest thing about the framerate issues is the fact that I played it on an iPhone 6; I can only imagine how bad the issue is on older generation hardware. Finally, 2K15 has a tendency to drain my battery incredibly quickly, making it not a recommended play without a power source. 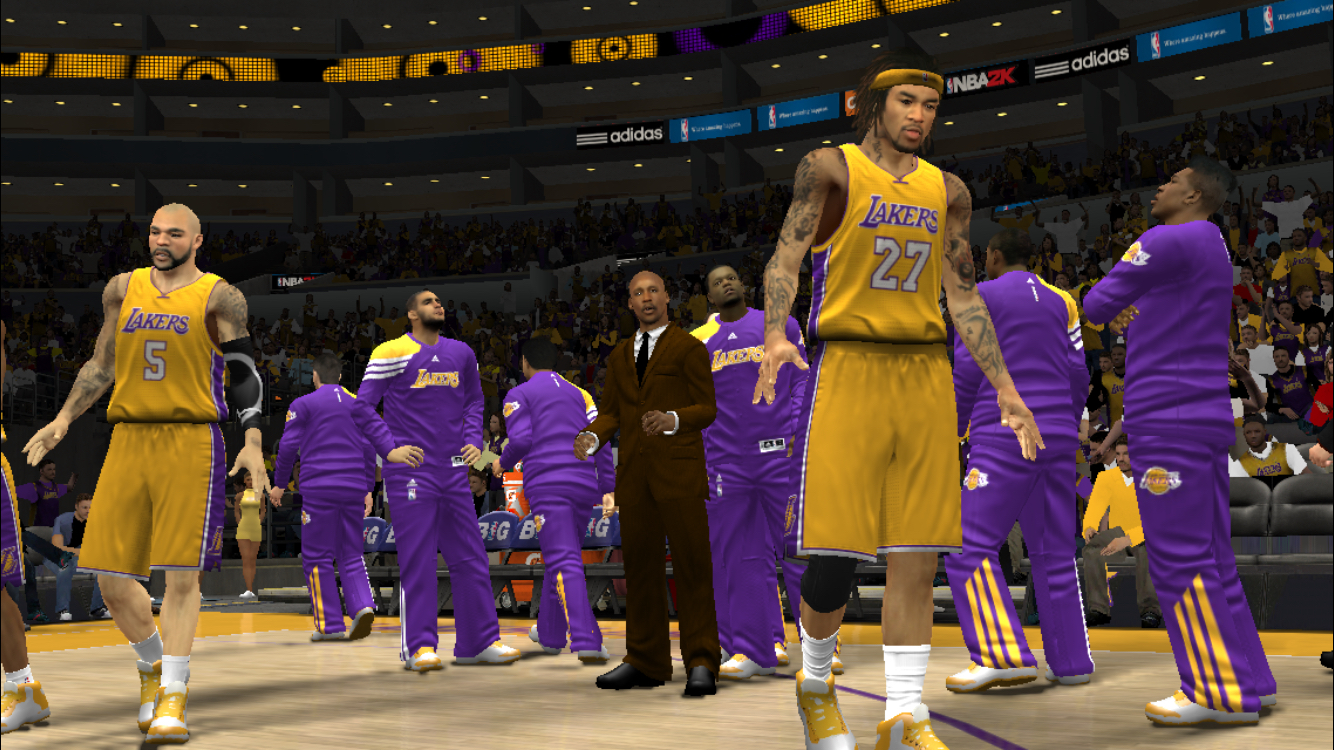 I could overlook the lackluster audio commentary and even the current absence of a few game modes, but the framerate really kills it for me. It’s truly a shame as well, because 2K15’s Career Mode is the real deal and is all I’m really looking for in a mobile version of the game. Unfortunately, no amount of presentation and content can make up for significant technical issues. While I have high hopes that the developers can eventually optimize and patch in improvements to make it truly playable, at this point it’s really hard to recommend NBA 2K15 in its current form.