Reckless Racing 3 ($2.99) delivers a style of racing that honestly is reckless, with the loose-controlling cars making perilous turns and drifting around, rubbing paint and just generally making a mess of the proceedings. This has been the series’ modus operandi, and it does its job very well, at being a chaotic racing game that’s easy to pick up but always hard to control, by design.

Frankly, the game doesn’t really do a lot to radically shake up things from what they were like in previous entries of the series. But that’s not really a bad thing, as the formula still works, and it still feels fresh a couple years after Reckless Racing 2 ($1.99) came out. The meat of the game takes place in career mode, where money is earned in order to buy better, and higher-ranking cars for different events in career mode. There’s also a set of arcade challenges with fixed tracks and cars to try and beat, along with single event and time trial modes. No multiplayer, though. 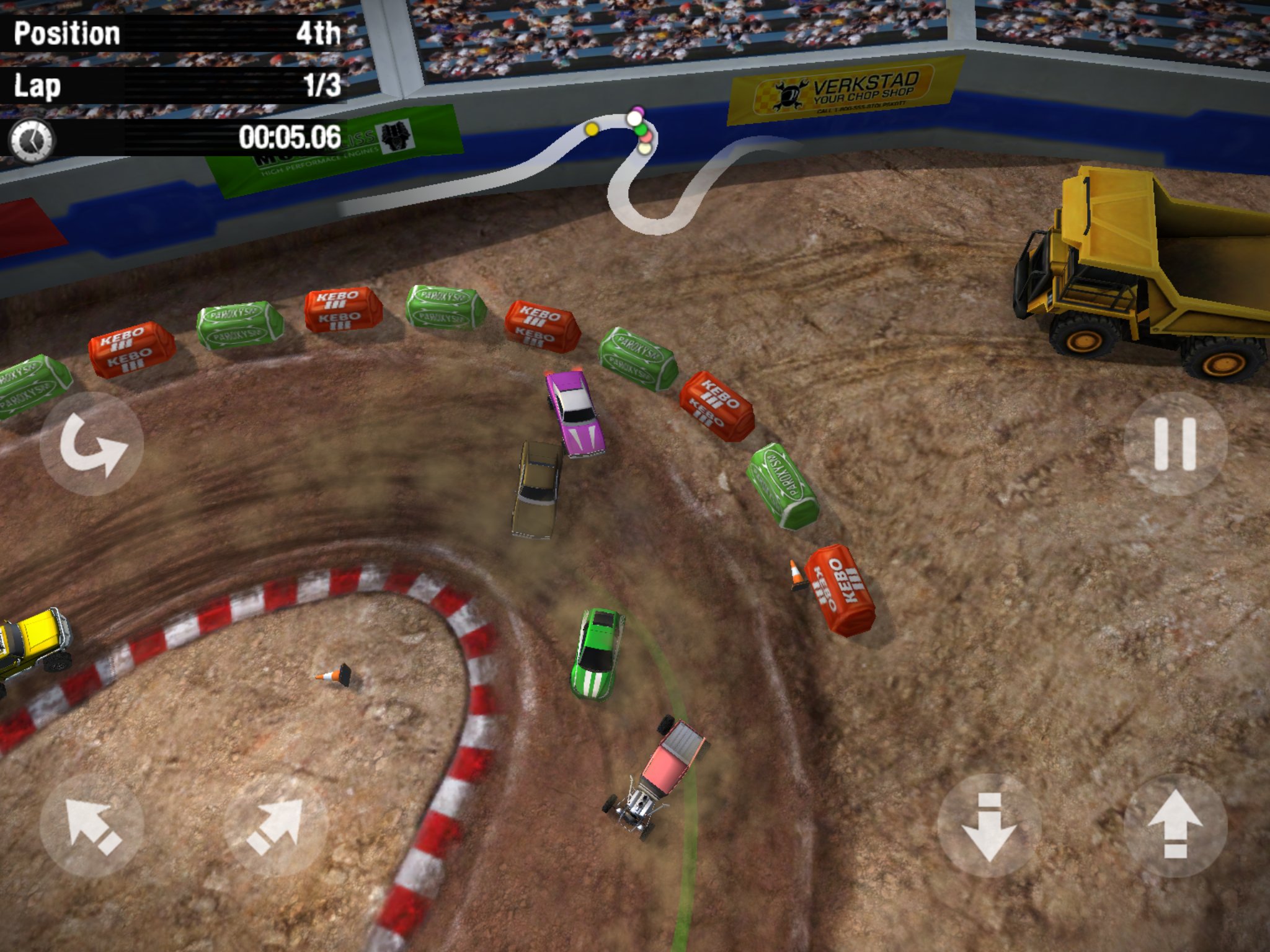 There are three types of events: race, drift, and Gymkhana. Race events are your standard racing affair, and can be quite entertaining given the fast-and-loose nature of the racing, with plenty of contact between the cars. Drift mode is hit-or-miss, as it feels like it’s not rewarding skill in drifting around corners, but in to getting into drifts and maintaining them at any cost. It’s not a mode that I care much for. But the Gymkhana mode, which is essentially an obstacle course, where circuitous routes must be navigated without hitting obstacles? That’s quite fun, and I would love to see more Gymkhana events with fewer or no drifting events, particularly as learning to drift and taking turns is part of Gymkhana! 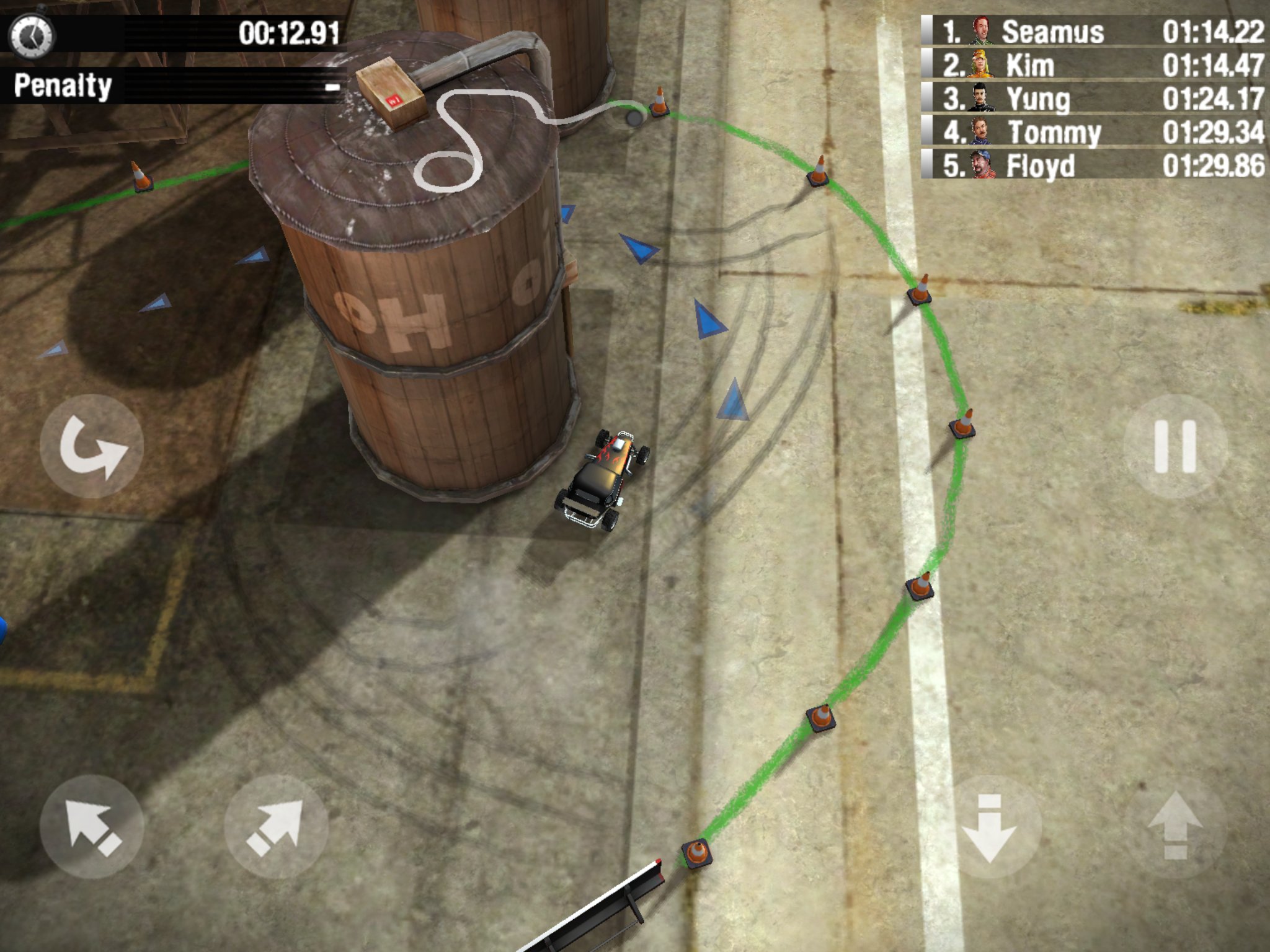 The game uses an automatically-adjusted difficulty feature, which I find has some problems. The game gets harder as you do better, and easier as you start to struggle. The problem is that this carries across all events. Do well in races, then go to the drift mode where you struggle? Expect to have to do extremely well. I think if the leveling was set to different modes, it would be better. But it also means that the difference between a gold medal in an event and a silver might be if you were doing well before you entered it, getting to race easy opponents early on in the series. Thankfully, the auto-difficulty can be toggled off in the options, and you can manually choose a difficulty that suits your taste.

Reckless Racing 2 is one of my favorite games of recent memory controls-wise because it decides to let players move the touch controls wherever they choose, and to let them define the touch sizes. Reckless Racing 3 contains the exact same system, so it’s pretty much impossible to complain about the controls because you can set them up exactly how you wish. Oh, and there’s MFi gamepad support as well to sweeten the pot. 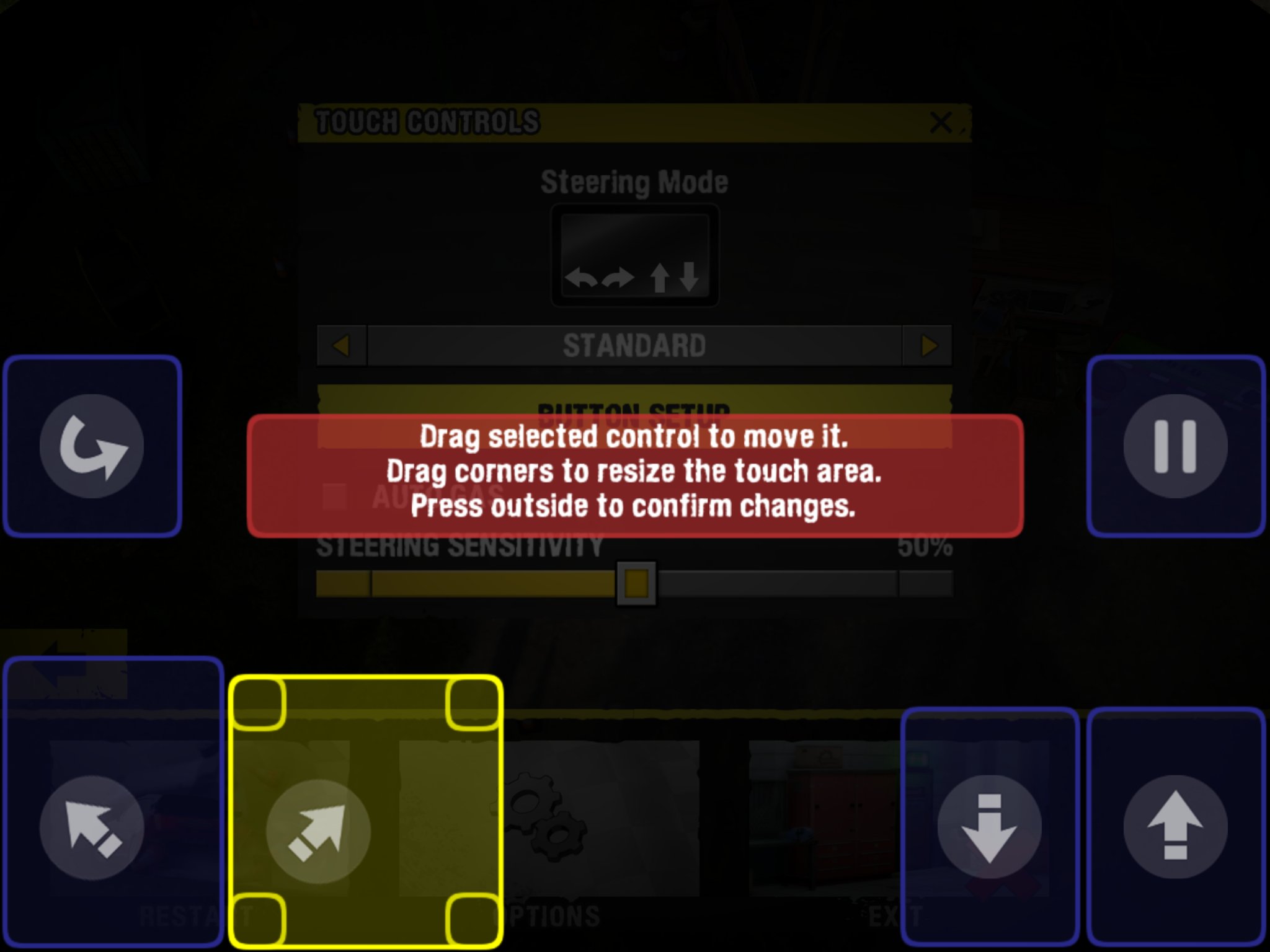 As a premium game with IAP, the question does need to be asked if it is truly optional as the developers claim it is. Well, it’s the sort of thing where grinding is necessary to buy some of the better cars. Running through events multiple times should be good, but it is quite possible to hit a wall where you can’t buy the necessary car for a certain event. So it’s not an ideal system, but it’s not awful.

While progression can feel a bit like running in a hamster wheel at times, there’s still tons of fun to have in Reckless Racing 3. I only regret that I would forget to use the video sharing to show off some of the wacky (yet plausible) happenings with the physics system, because it’s some of the most fun I’ve had with this game. The game does a great job at balancing out being loose and chaotic with not feeling out of control, and that’s what makes this worth checking out.