To a great degree, I applaud Electronic Super Joy: Groove City ($4.99) for managing to bring a challenging trial platformer from PC to iOS without much compromise. It’s a game that will test players, but thanks to its simple control scheme, it winds up being a great fit on iOS. It’s perhaps more built for replayability than completion, as the dozen-or-so levels are far more rewarding to those trying to complete them quickly and with as much collectibles as possible, but there’s still a lot to like for those who like to be tested. 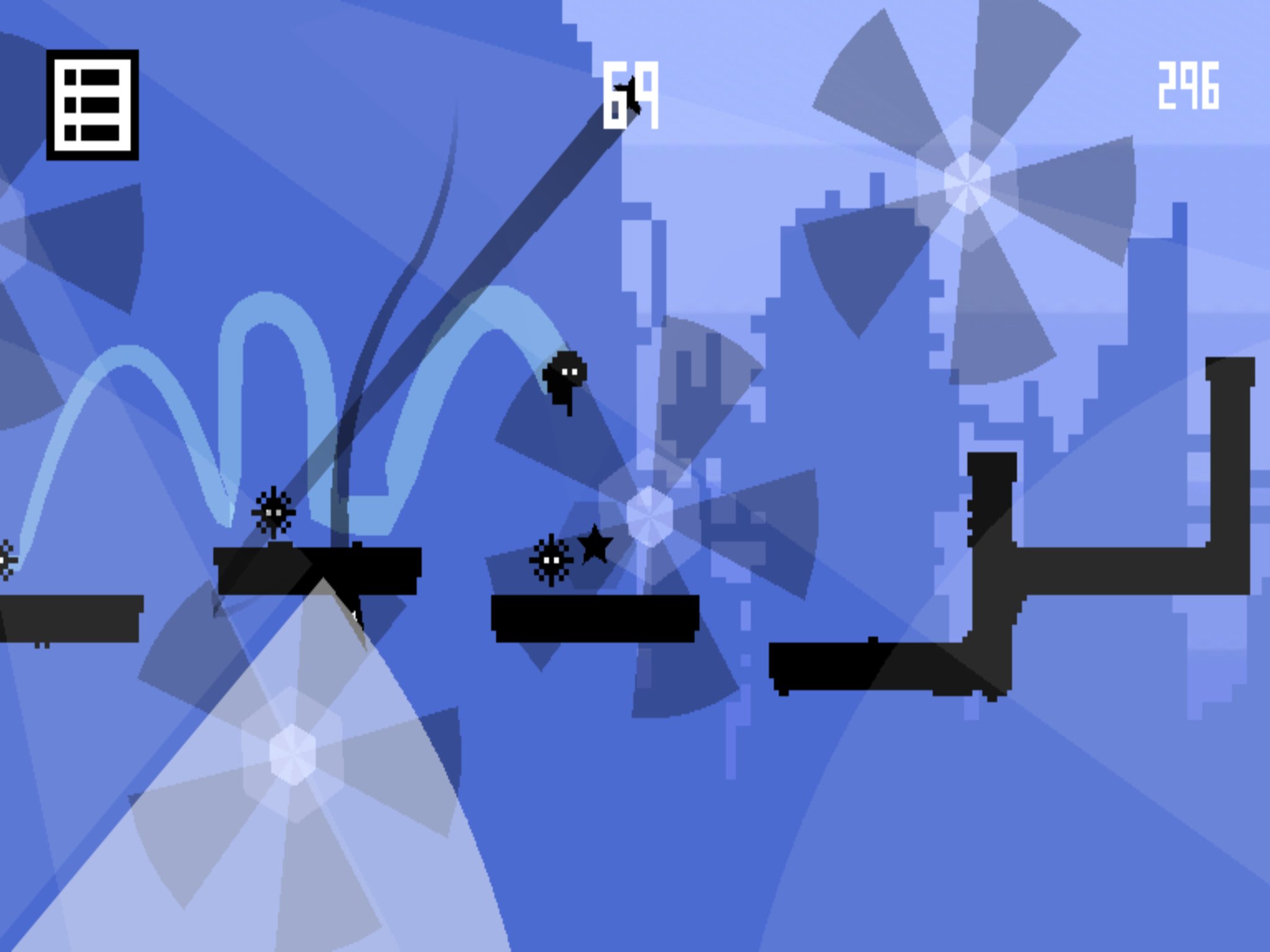 Booting the game up the first time, you may notice two things. One is that much of the dialogue is censored. This is because the plot of the game involves a villain who stole a giant robot stripper’s laser nipples. And a pope that gets involved. It’s kind of goofy in a somewhat sophmoric fashion. The second thing you will notice is that when you turn off the default PG mode, that there are suddenly a lot more moaning “Oh yeah!" samples at each checkpoint, and some suspiciously squishy sounds. Really, I’d like to have something between having the word “butts" censored and excessive moaning. The current status quo is uncomfortable on both sides. At worst, it does provide the best warning screen you’ll see: 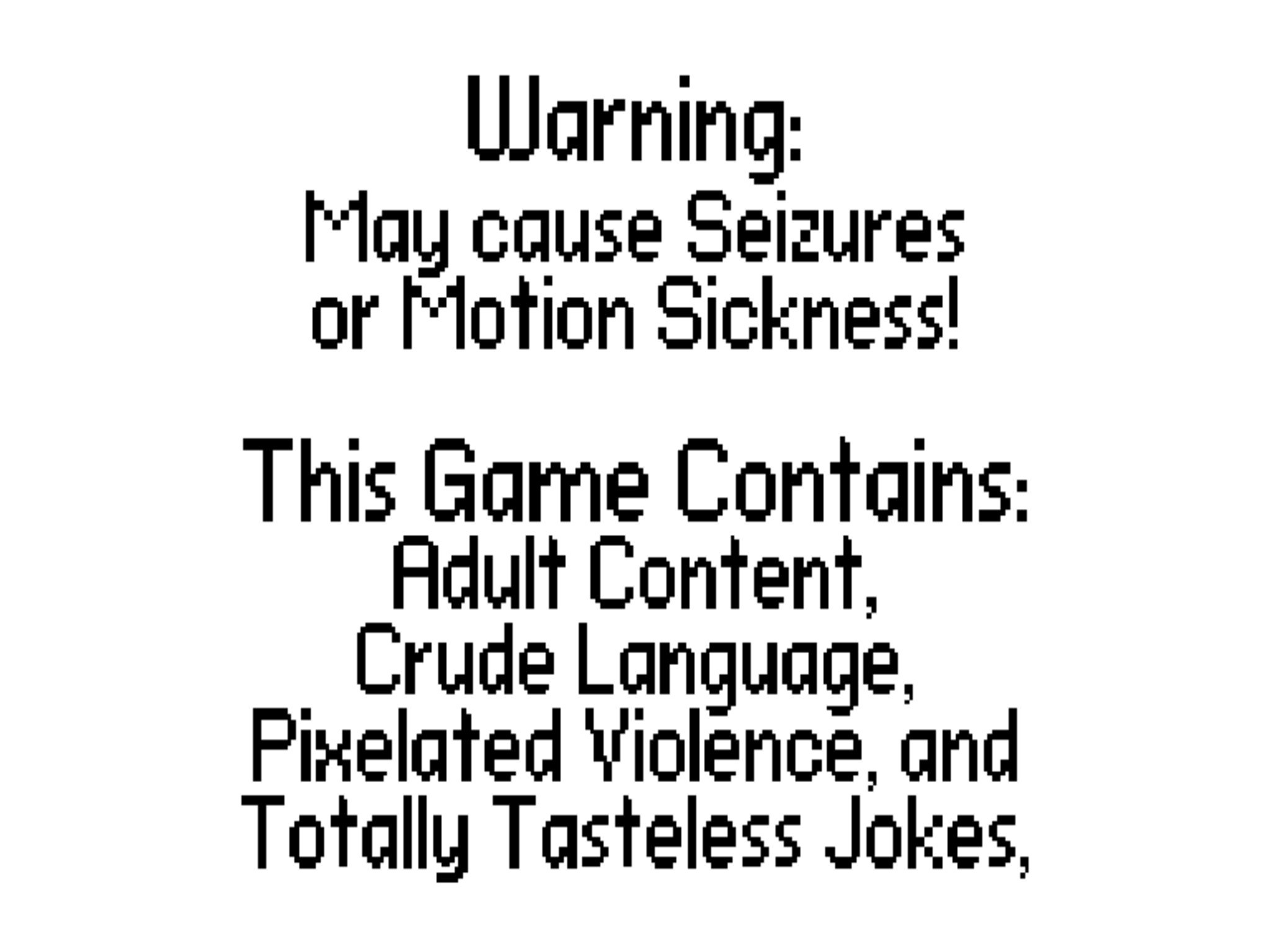 The challenge of the game winds up being quite variable thanks to the checkpoints, and the missiles. There are often black stars to collect, which give more points than normal stars but also spawn missiles. These missiles disappear at checkpoints, so if you can manage to dodge them while doing the normal song and dance of managing tricky platforming sections, then may more points be your reward. There’s also benefits to completing a level without dying. Which, good luck with that. 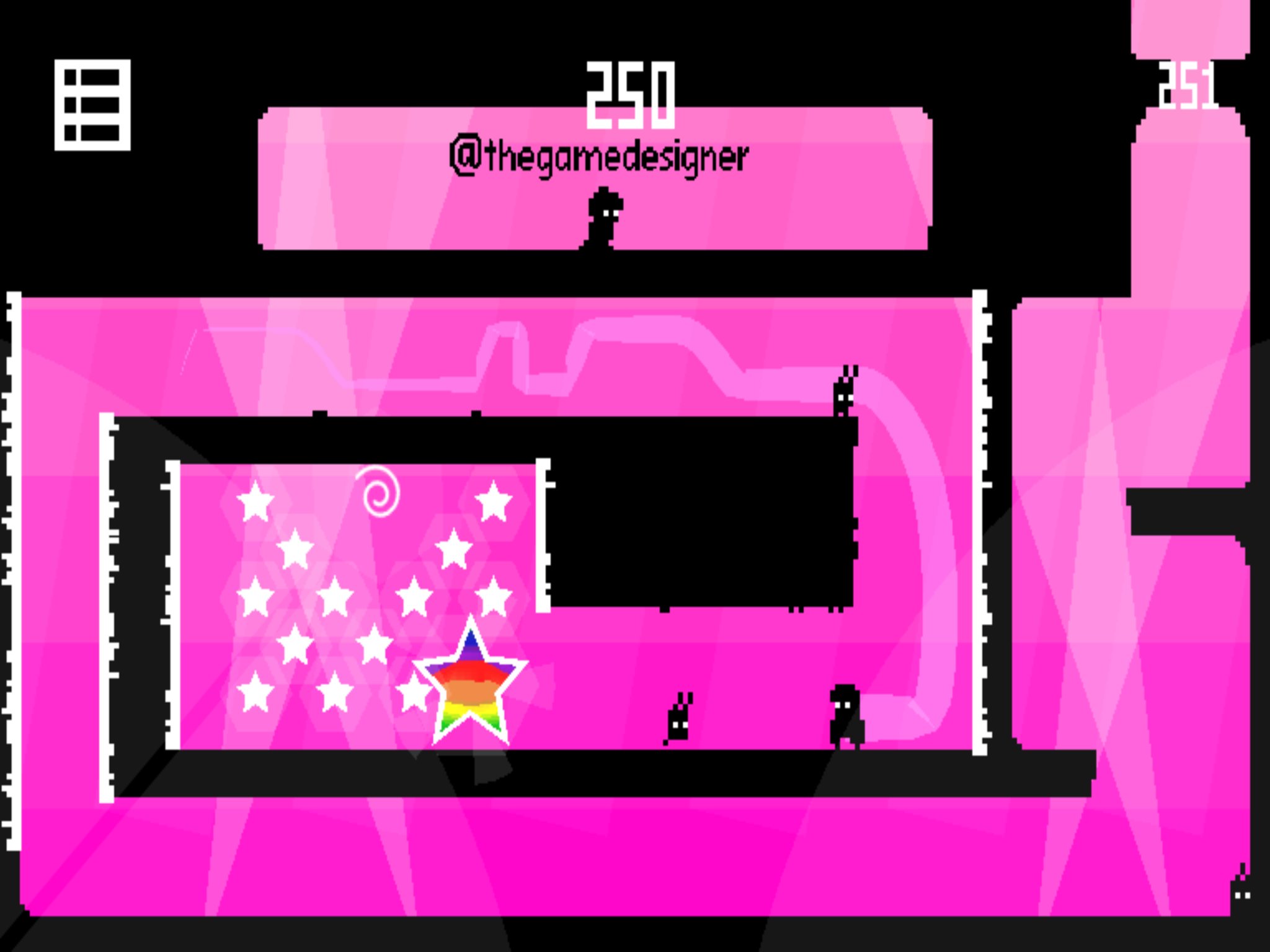 The levels strike a good balance between having enough challenging elements that they make the game not feel short, but keeping the levels overall short enough so that replayability isn’t affected. If you’re the completionist type, the game can be handled up until the very challenging final level, but I’d recommend this more to the person who likes replaying levels for faster times and high scores. The levels are a bit longer than, say, your average League of Evil game ($2.99), but still not that long, and hey, this is a PC-first game that made its way to iOS. 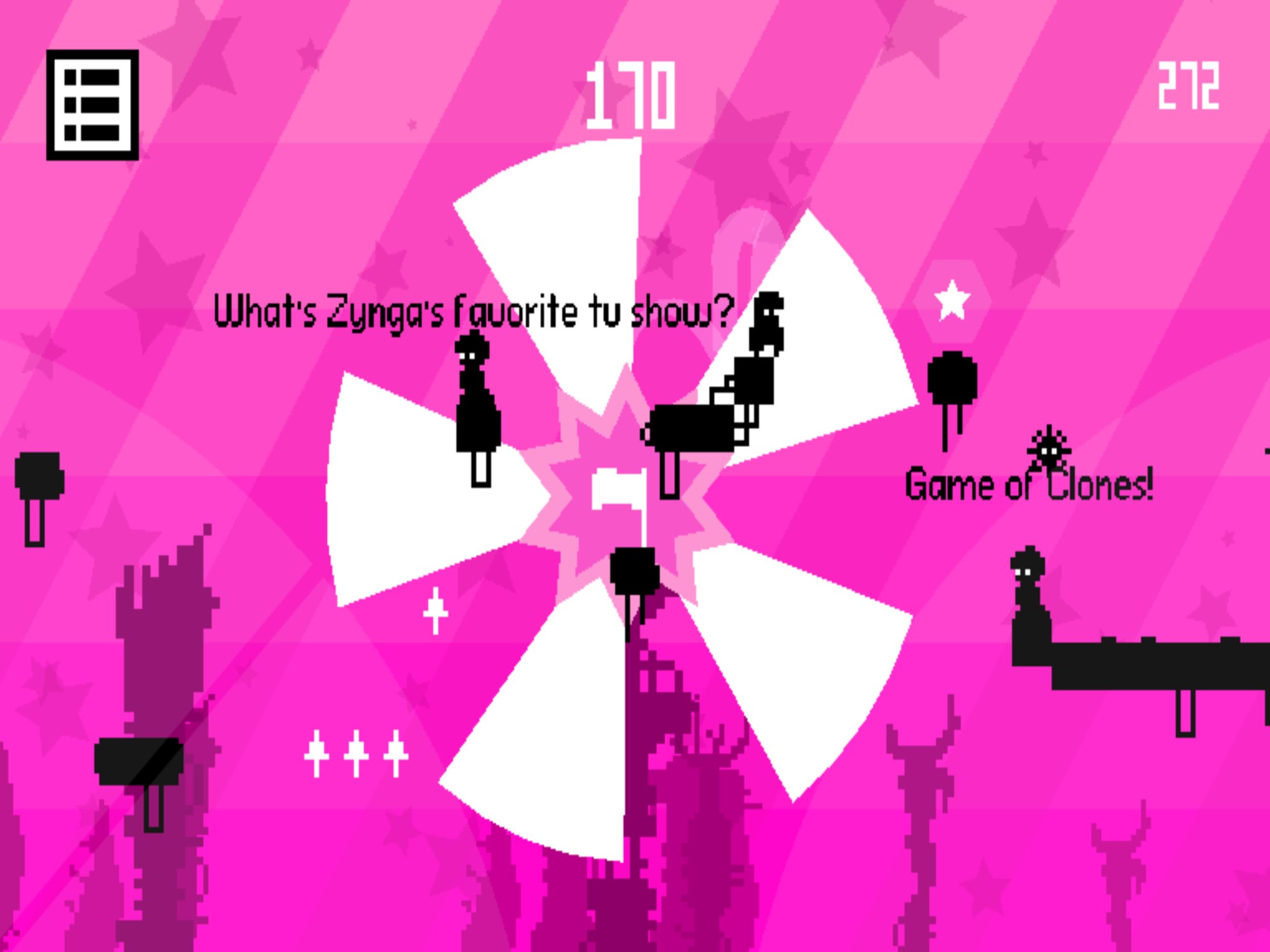 The port is a bit rough around the edges, especially on the retina iPad mini. It looks like the game has been scaled up and squished to fit into the retina iPad resolution. The game only supports one landscape orientation. As well, the virtual buttons are so large and not quite opaque enough to not be distracting. As well, I’d really love MFi gamepad support because this is a trial platformer and it deserves to have real buttons! 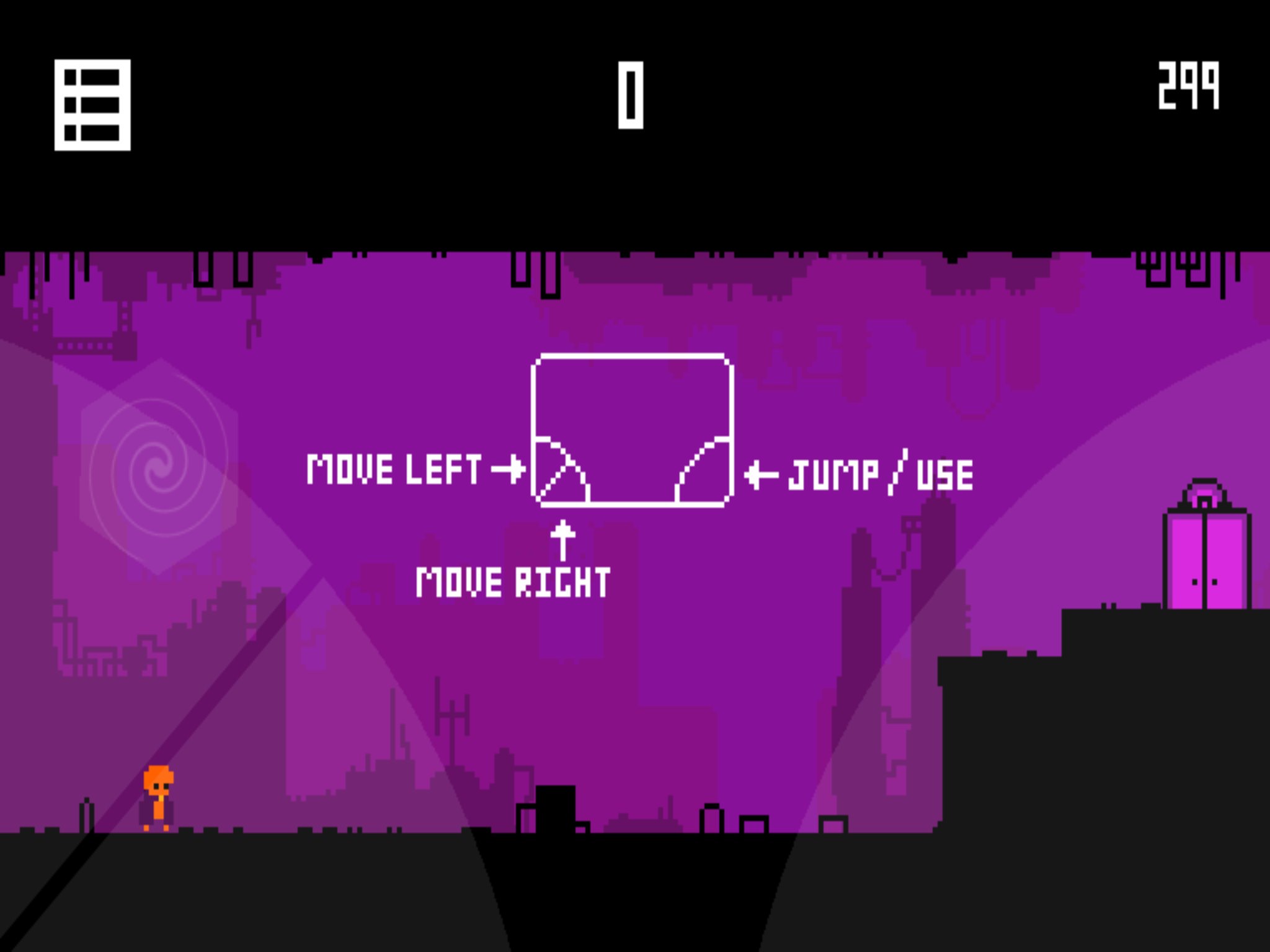 One feature that I really hope other games that come from PC start having is the inclusion of a Steam key. Now, this seems like the kind of thing that could be abused, as it’s just an email input system, and perhaps installing on multiple devices could generate multiple keys. Don’t try it. And since the game has been out on Steam for a couple months already, I imagine that stealing copies of the game is much less of a concern, especially when someone has paid $4.99 for it already. So, it’s just a cool benefit for the buyer, to not be stuck to one platform with this game. I’d love to see something like The Banner Saga ($9.99) try this out, as there are some mobile ports where I’d love to not relegate myself to one platform. 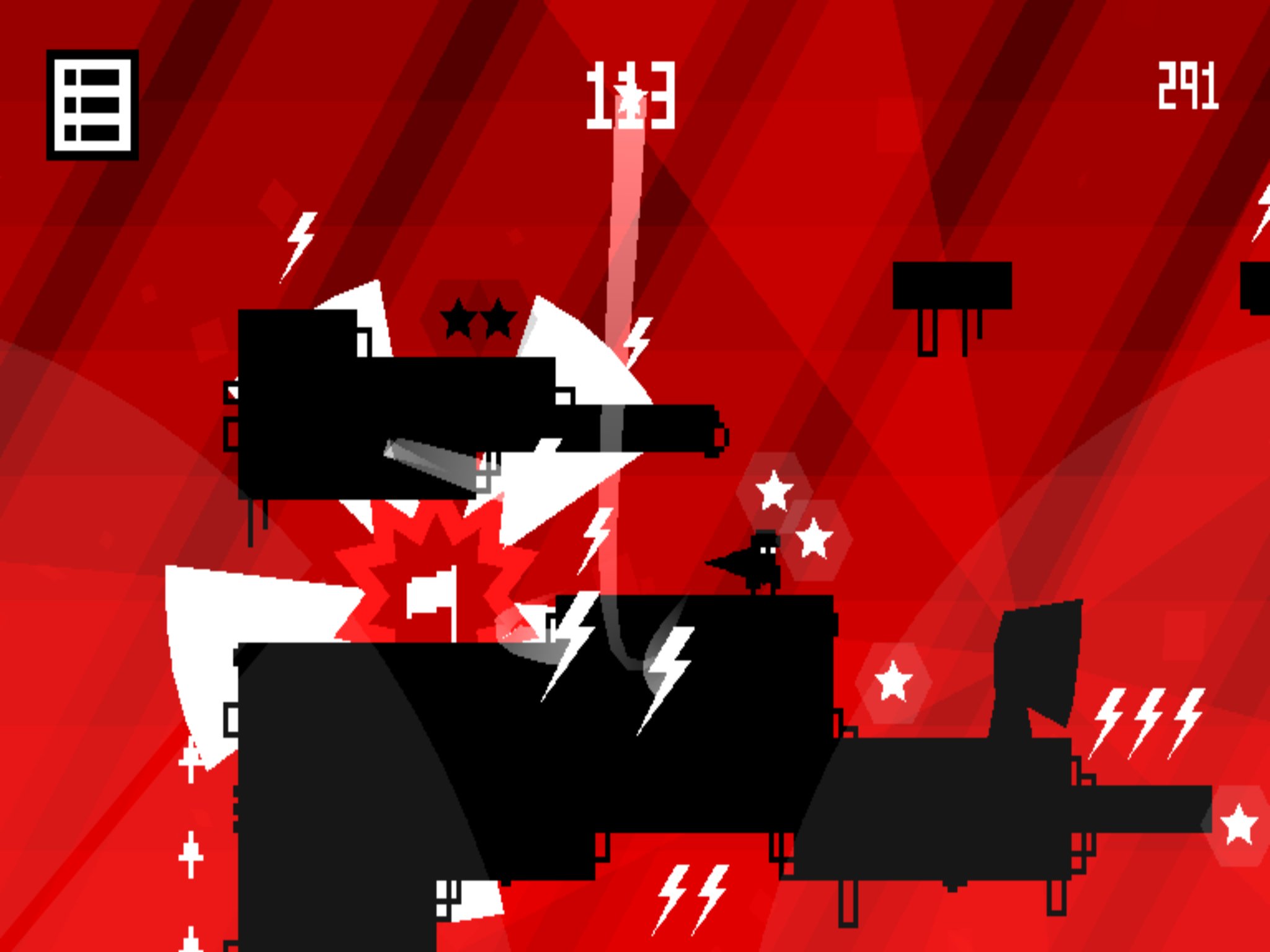 And really, for games that fit, I hope Electronic Super Joy: Groove City brings more of these quick-burst trial games to mobile. Touch controls are always a challenge, and there’s a reason Super Meat Boy Forever isn’t just the original Super Meat Boy on iOS, but for games that could find a way to make it fit? Support gamepads and trust that mobile gamers are willing to deal with touch controls. While I wish the port was a bit nicer, there’s plenty of joy to be had here.