For millions upon millions of mobile device owners, Zynga’s Words With Friends is as important a function of their mobile device as sending text messages or browsing the web. It’s basically Scrabble that you can play practically anytime or anywhere with people from across the globe, even when you’re pooping. What a world we live in. Today, Zynga has introduced a massive revamp to the game and rebranded it New Words With Friends (Free). What’s new about it? First and foremost is a Solo Play option that lets you square off against an AI opponent even if you don’t have an internet connection, something I’ve been dying for forever.

There’s also a new Community Match feature which lets you browse through a list of potential players and choose which one you want to take on. It’ll display their skill levels compared to yours, and their photo and location (if they’ve enabled that) so you can have more of an idea of who you’re playing. The normal auto-matching is still there too, if you want to go that route. The game now features an in-game dictionary for when you need help defining a word, and if you want you’ll be shown a Word of the Day to help you expand your vocabulary. There’s also all sorts of cool stats and a gauge that tells you how rare or difficult a certain word is. 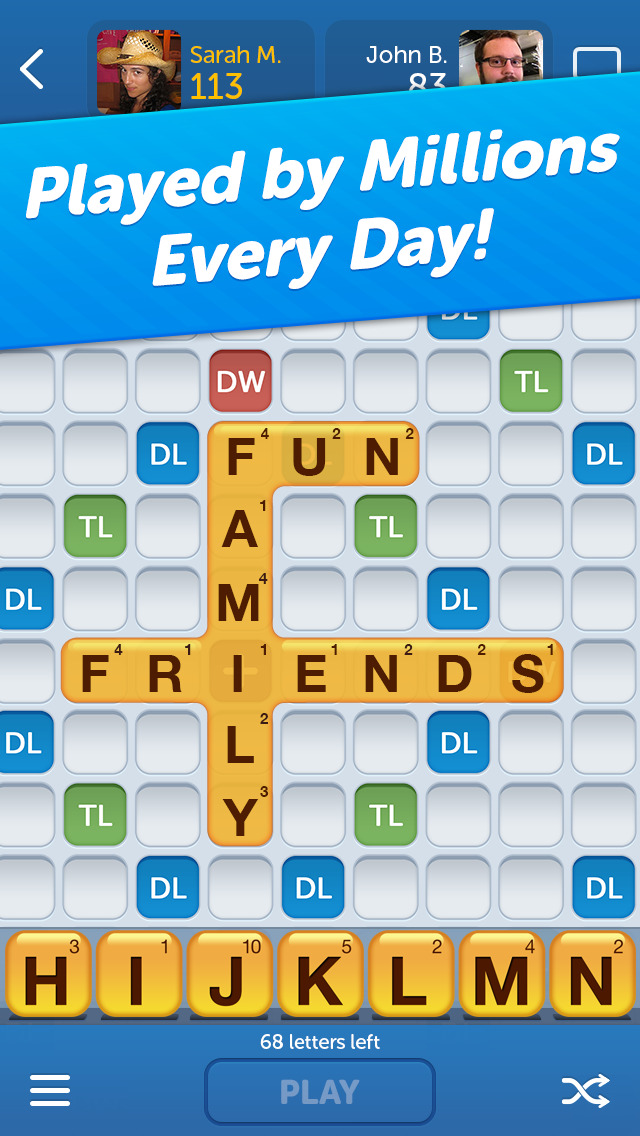 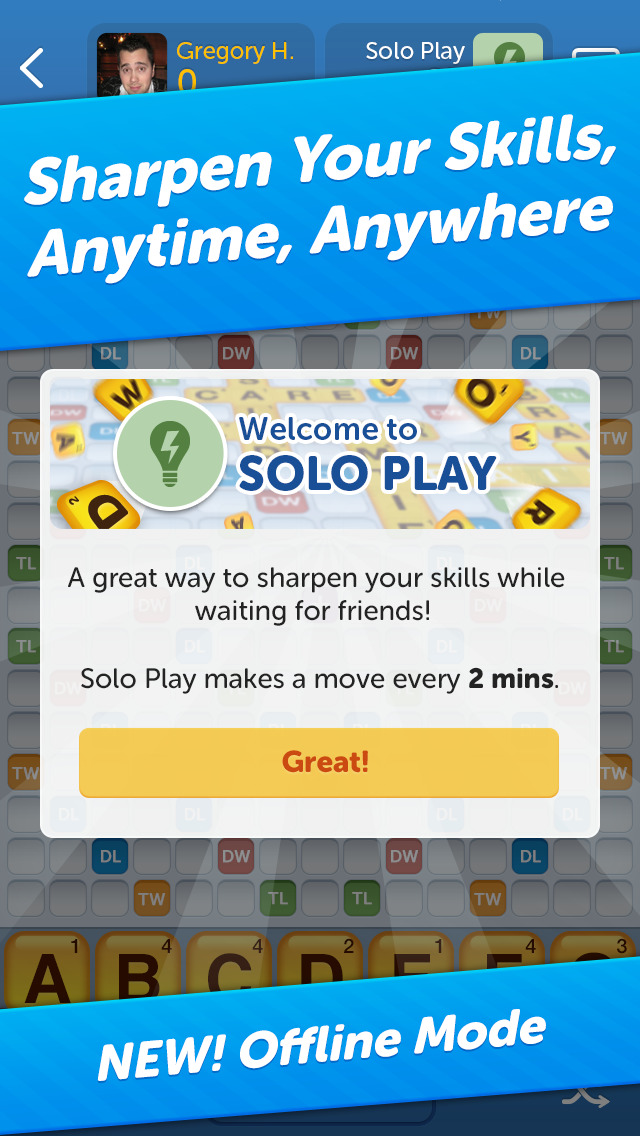 New Words With Friends is free to download and shows a banner ad at the bottom, but I *believe* that if you previously owned the original paid version and you log in with your same account it will automatically disable ads for you. I haven’t played in quite a while and I don’t remember what my original login was to test this. Unfortunately, it doesn’t look like there’s currently an option to disable the ads via an IAP in New Words With Friends, and both the free and paid versions of the original app are now off the App Store. If you have any luck with the game disabling ads for you, let us know.

The ad issue aside, this is a wonderful update to one of the most popular mobile games ever, and I can already tell New Words With Friends will get me sucked back into the habit of playing this game all the time, for better or for worse.