I admit that I’m coming into this Anomaly Defenders ($4.99) with a bit of bias because I’ve played each of the Anomaly games. I liked the games, but I’m hardly a raving fanatic for the series. But still, it’s hard not to play this and think that this is kind of fan service for people have played the previous games in the series and wonder what it would be like to play as the aliens defending from the humans. Well, let me just say – it turns out 11 bit is as good at tower defense as they are at tower offense.

The premise really is flipped from Anomaly 2 ($4.99): now it’s time to defend towers from the invading humans, using many of the same units familiarized in earlier games, with humans using the exact same rules and mechanics from when they were under your control. This means that Anomaly Defenders is a far more traditional game than the previous Anomaly titles, because it is your standard fixed-path tower defense, but there are several reasons why the game stands out. 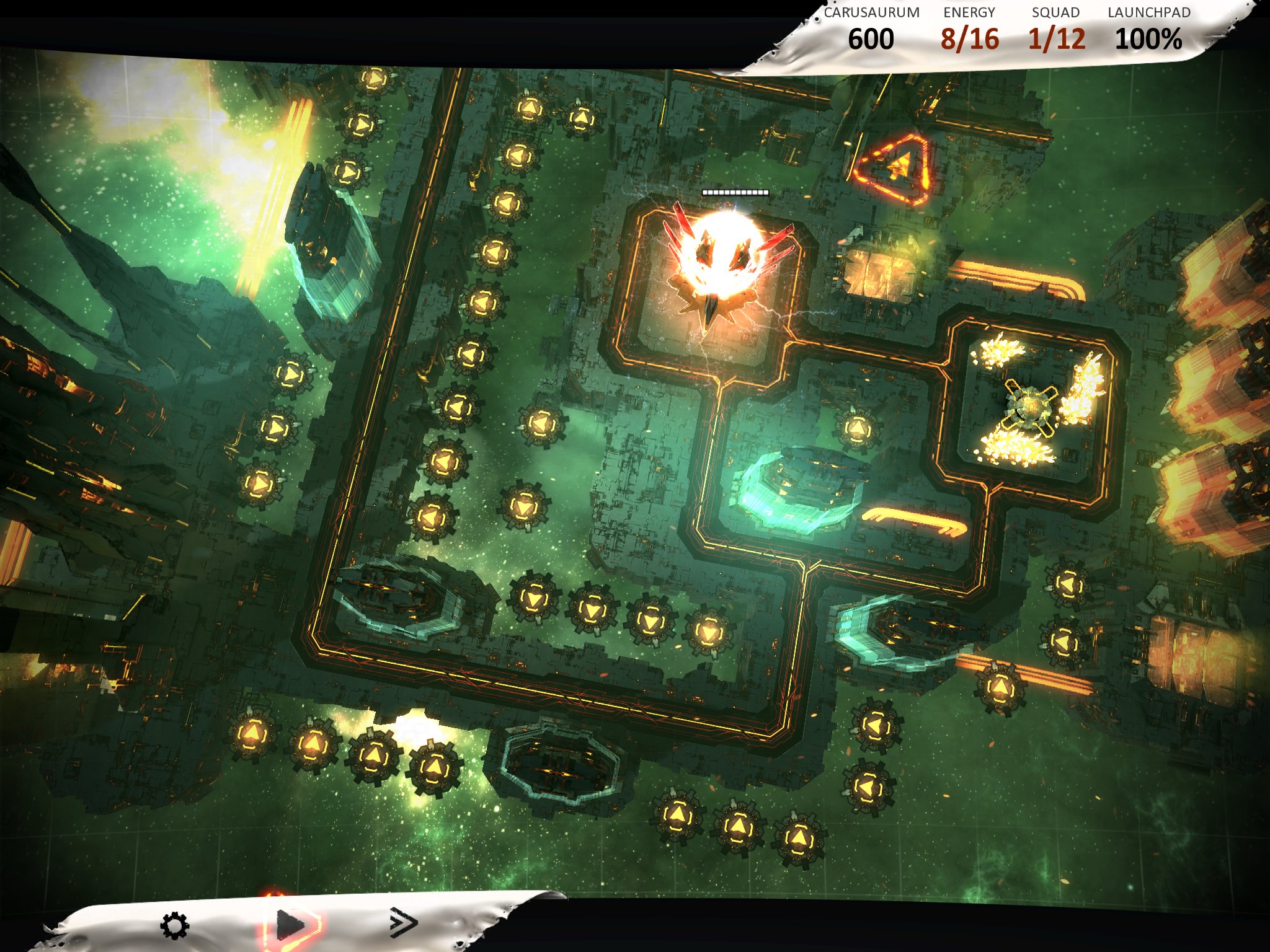 One is that the game has so many varied level designs. The main-line Anomaly games had plenty of twisty paths, and while this game perhaps doesn’t get as nutty in terms of how its levels are laid out, it does manage to introduce a great number of designs that are far more complex than most tower defense games. It leads to some challenging missions, and ones that aren’t afraid to take a longer time to play than many mobile tower defense games.

Second is the game’s fantastic upgrade and progression system. Beating a level at a certain difficulty nets a certain number of technology points for upgrades. Certainly, if you play on easy you’ll be behind the curve as you go on, but there’s only a marginal number of additional points to be had by beating harder difficulties. This allows you to play and be rewarded for taking on a challenge – but to be able to ramp up for that challenge as you wish. As well, the technology points can be reassigned at will, so it’s possible to experiment with various effects, or rearrange the spends for different levels if they need certain effects. 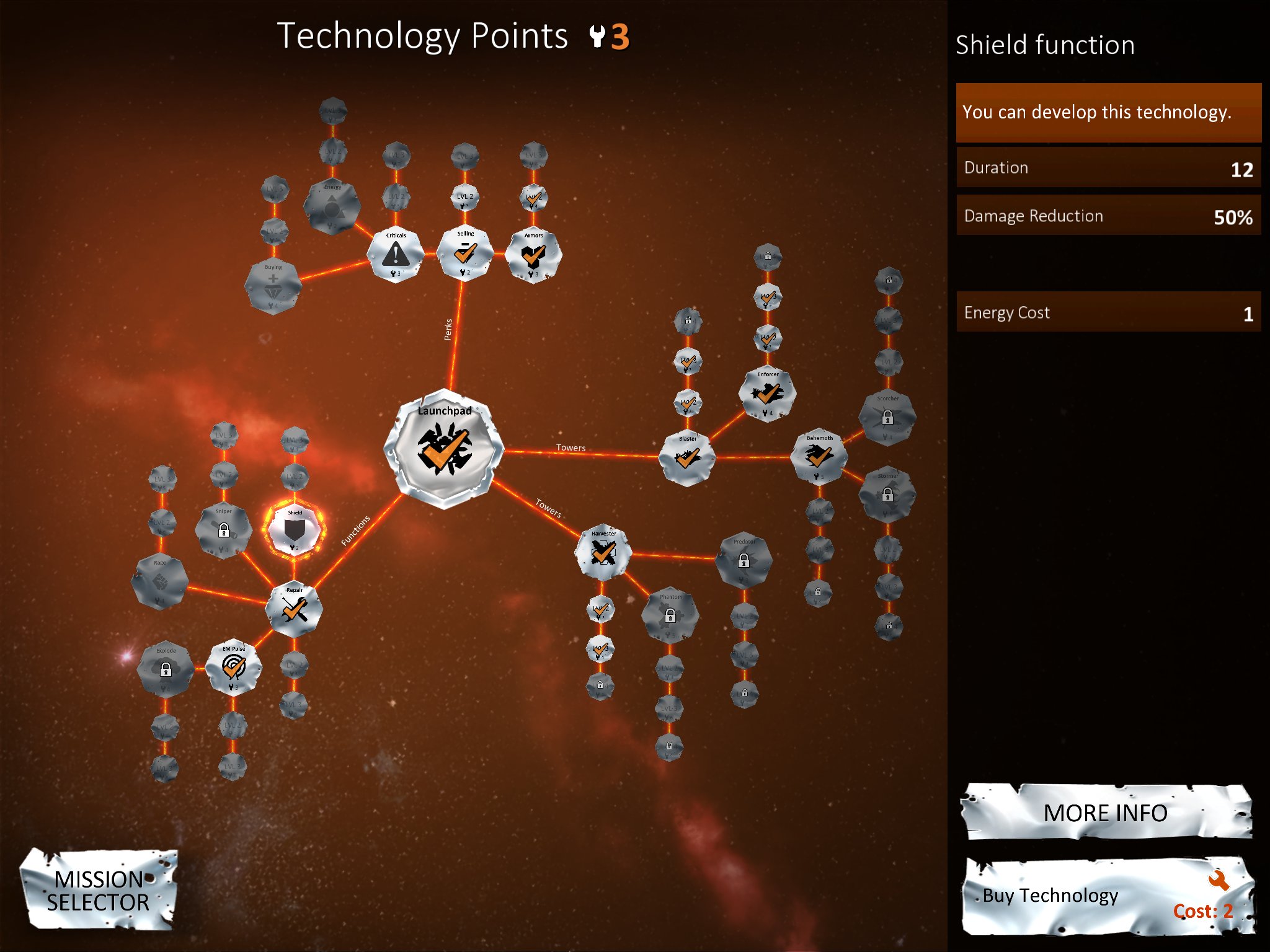 Oh, and this game is honking gorgeous. 11 bit makes a huge deal out of delivering high-quality graphics on mobile, sure. But they absolutely deliver. The detail and color of the graphics are absolutely stunning. The Anomaly series has always been vivid, and the space stations and alien landscapes here are no exception. Screenshots don’t really do the game justice, it needs to be seen in motion. The framerate suffers a bit on the iPad Mini Retina, in that it’s not running at 60 frames per second, but it’s a tower defense game, it doesn’t need to be running super smoothly on an HD screen. And in this case, I’d rather have the gorgeous visuals and effects than a smooth framerate. 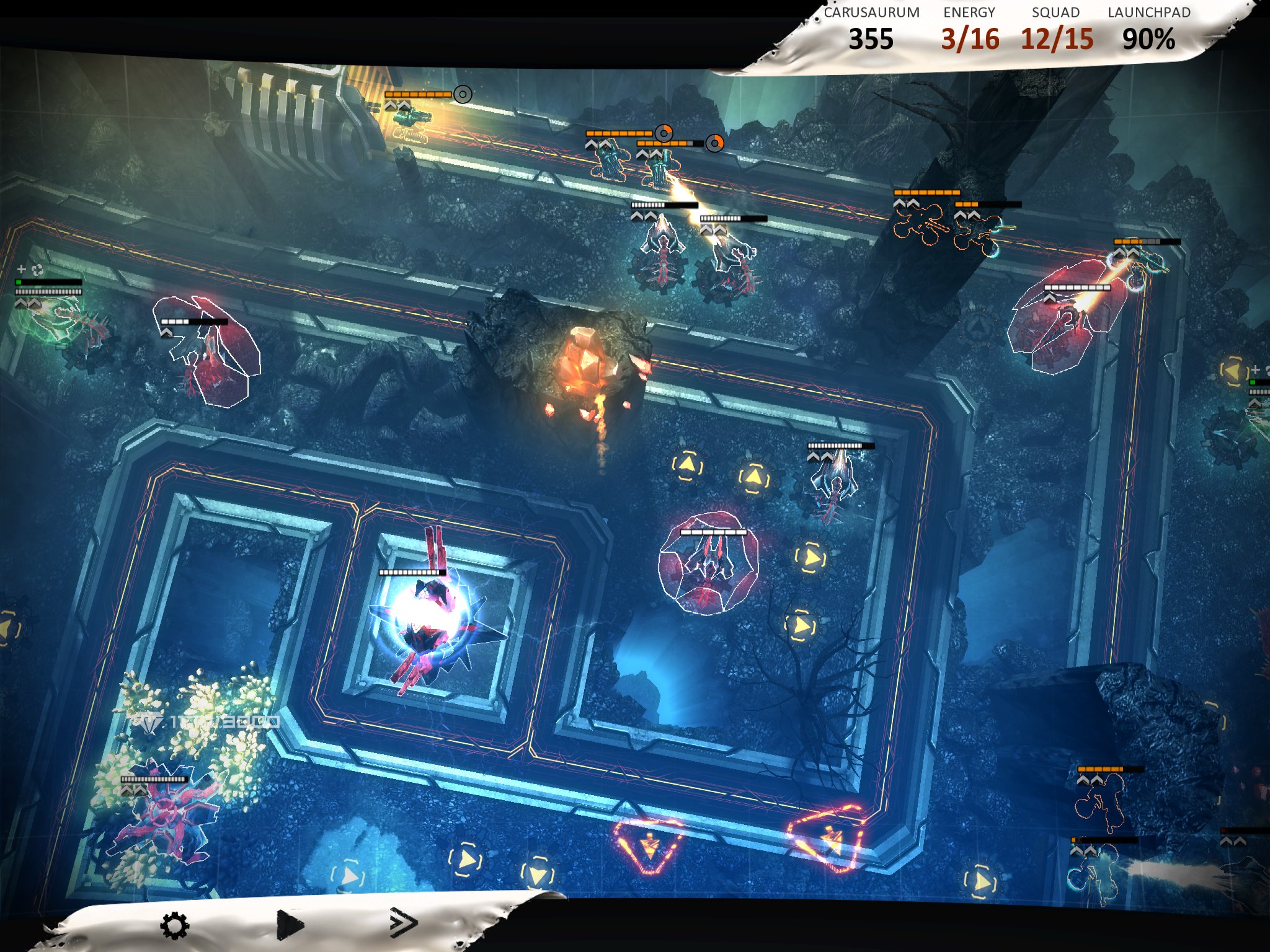 Definitely, Anomaly Defenders is more of a traditional tower defense game, and it is a well-worn genre. And I’m pretty sure that the game will feel more special to those familiar with Anomaly already because it uses so much of the language of previous games. So, this is either just a good-looking deep tower defense game with 24 challenging missions, or a love letter to fans who asked “what if?" And 11 bit Studios delivered.