FIFA 15 Ultimate Team (Free) from EA is out today on the App Store. This latest version of the hit soccer simulation is focused around the popular Ultimate Team mode, which involves building a team based on real-world players and buying packs of player cards to help improve the team. Note that the game is pretty much exclusively just about building the Ultimate Team, as the only way to play as teams besides your own are in the Games of the Week mode, which are based around the club you choose, including their real-world schedule. Last year’s version offered IAP to unlock the ability to play quick matches with anybody. For the team you’re building up, you can choose to play out the matches they play in the various quick matches, seasons, and tournaments, or take part in quick simulations. 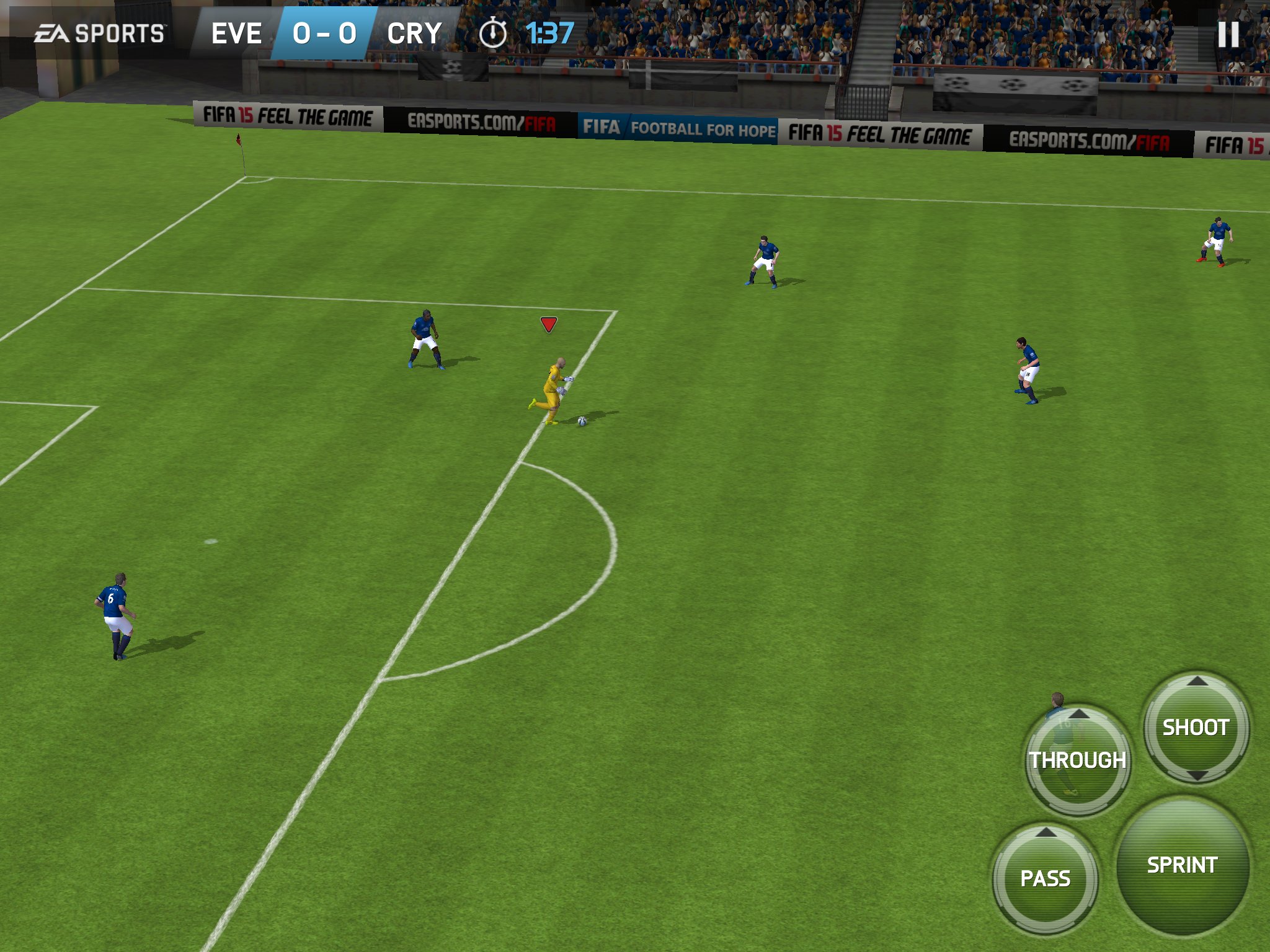 One of the best new features is MFi gamepad support, though with iOS 8’s gamepad issues that may not be much good yet – there were issues on the iPad Mini Retina when I tested. Thankfully, there’s also new touchscreen control options such as Tactical Dribbling that will help with the virtual controls. The soccer action should otherwise feel familiar to veterans of the series, though things like showing the arrows for optional functions on the virtual buttons go a long way toward being friendly to both newcomers and veterans, so there’s no memorization of which slide gesture on which button does the shot that curves into the goal. What a time to be alive.