Space Colors ($0.99), the space-shooter with roguelike elements and colorful explosions, is barely a month released into the world, but if you want more of it: good news, there’s a couple of new games coming that will deliver more space and/or more explosions. 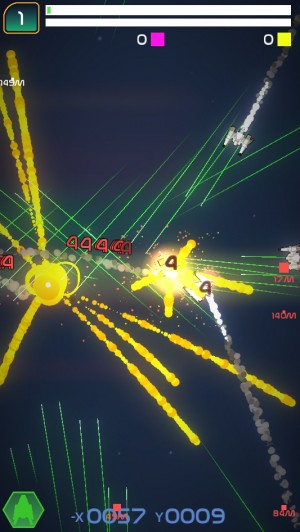 First up is the sequel to Space Colors, currently titled Superchroma. The idea behind this is that where Space Colors wound up being more like a roguelike, Superchroma is meant to be more of an open-world action/RPG game, according to creator Trent Polack.

The inspiration is games like Armada and Subspace, with a large, randomly-generated world to explore, albeit one with consistent rules to how it works. As well, there will ideally be no permadeath, with just a return to the home based upon death, but there may be some kind of penalty for dying. Additionally, there will be functional ship customization, and procedurally-generated loot to pick up. The game’s still very early in development and a lot could change with it, but it does promise to be more expansive than Space Colors was.

Another side project that Polack is working on is Gravity Blot, which puts the visuals and explosions of Space Colors in a monochromatic world, with gameplay that’s styled after Luftrausers. The ship is controlled by flinging it around in the air, hitting and targeting enemies, and trying to complete objectives for each run. 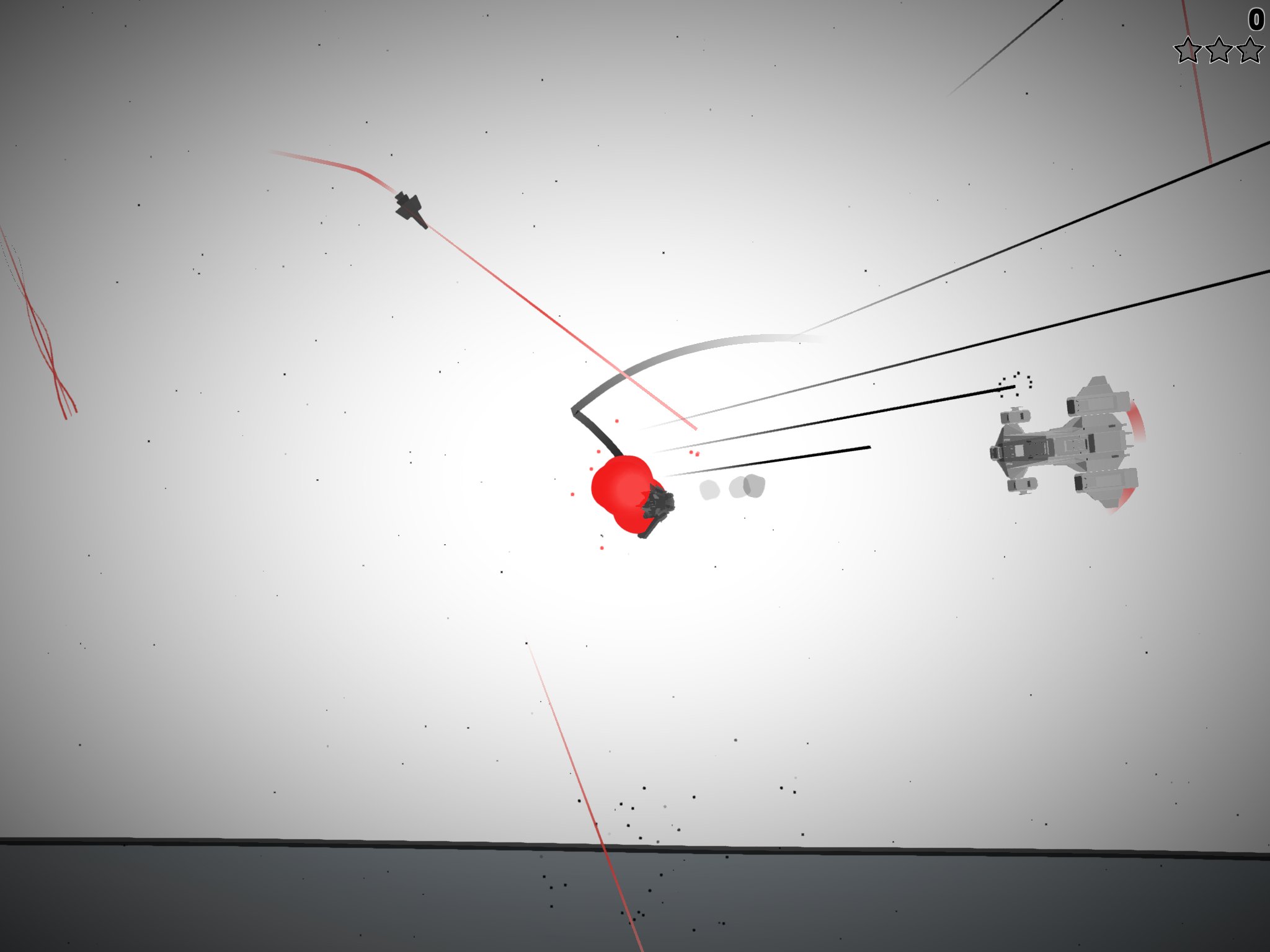 This game is near completion, just needing some of the final work to make it ready for public consumption, including Game Center integration, so expect it hopefully soon.