It seems hard to believe, but it’s already been a whole year since developer Michael Brough released his techno-roguelike masterpiece 868-HACK ($4.99) onto the App Store, and to celebrate he’s dropped the price of the game for the first time ever. You can now buy the game at the discounted price of $2.99, down from its original price of $5.99. In case you’re not familiar, 868-HACK is a highly strategic, incredibly challenging roguelike with a cyberspace theme. It’s one of those games where every single choice you make matters, and it’s imperative that you have a decent understanding of the game’s mechanics and are able to plan your moves well ahead. We absolutely loved it in our review from a year ago.

Mostly everyone who has allowed 868-HACK to grab hold of them agrees it’s one of the best games they’ve ever played, but it’s not such an easy sell. The graphics are ultra-simplistic, to the point that at first glance you might think the game they’re portraying isn’t of a particularly high quality. Also, its original price of $5.99 is considered “high" in the world of mobile. Those two factors represent a pretty stiff barrier to entry to your average App Store consumer. 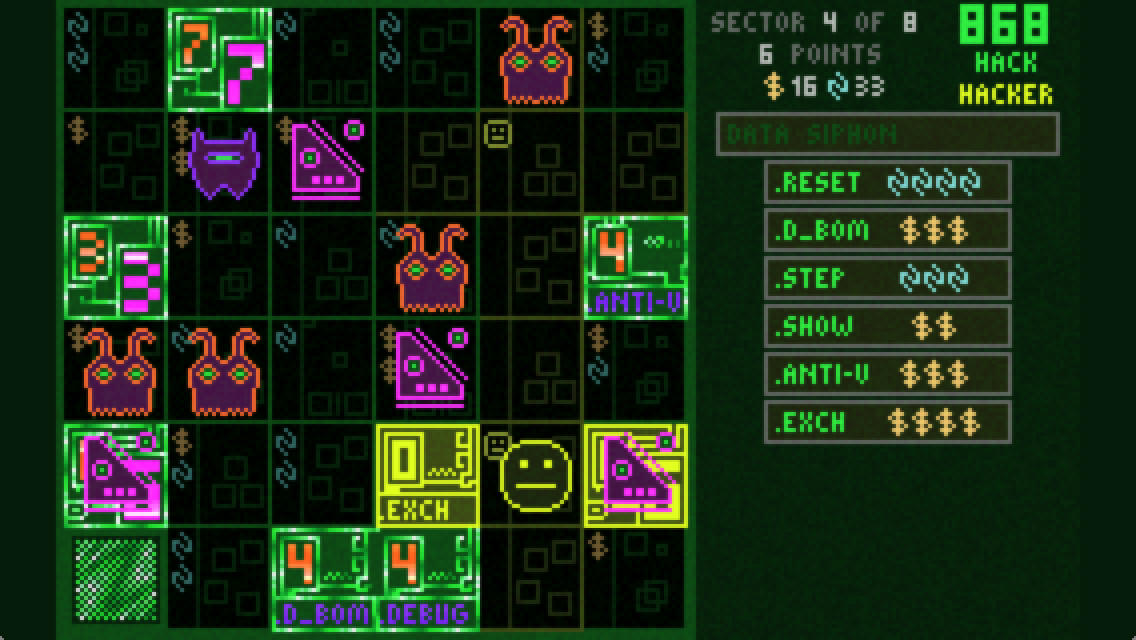 Here’s the thing though: visuals and pricing aside, 868-HACK is one of the most endlessly playable games around, nailing that “one more go" feeling that works so well for mobile games. The visuals are purposely retro and have their own charm, and more importantly they perfectly fit within the “hacking" theme of the game. Also, for the type of game you’re getting, the original six dollar price tag is actually quite cheap compared to the amount of hours you can put into 868-HACK once it digs its hooks into you. This is a game where you’ll be discovering new strategies months and even years down the line.

So, if you’ve been on the fence either because you weren’t sure about the look of 868-HACK or you were wary of the price, for $2.99 I think it’s a fantastic time to jump off the fence and see if the game’s for you. There is almost universal praise for the game in our forums, and seeing as this is the first 868-HACK sale ever, this opportunity might not come around again for a very long time. Sale ends on September 6th.