We’ve mentioned it many times before, but if you’re the kind of person who always finds yourself getting worked up over games for “casuals" and badly want a “real game," look no further than Dragon Quest VIII ($19.99). Our resident RPG fanatic Shaun Musgrave reviewed it when it was released, and gets in to some serious depth about how this is a game you could play for hundreds of hours if it sucks you in.

While other RPG series had reduced their scope and backed away from world-spanning adventures across open environments due to the rise in costs of realizing such an ambition, Dragon Quest 8 represented the full, glorious 3D realization of the JRPG in its purest form. It has big towns and cities filled with NPCs who give you vague advice and don’t care if you steal stuff out of their dresser and a huge, treasure-packed overworld map that’s in scale with your character’s dimensions. It has cool forms of transportation, dungeons with branching paths that lead to treasures for some reason. There are animated 3D battles with a menagerie of interesting creatures, epic boss fights, and a twisty story with lots of memorable vignettes. You can gamble in casinos, create a monster team to battle in a coliseum, hunt unique monsters, and craft a veritable arsenal of weapons and armor. You’ll travel the seas, fly through the air, fight evil wizards and dragons, and save the world through the power of friendship and love. It’s a wonderful, charming game that any fan of JRPGs will find something to love about. 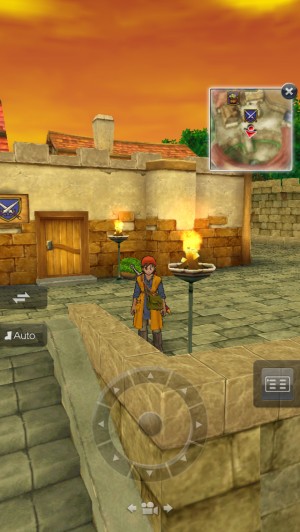 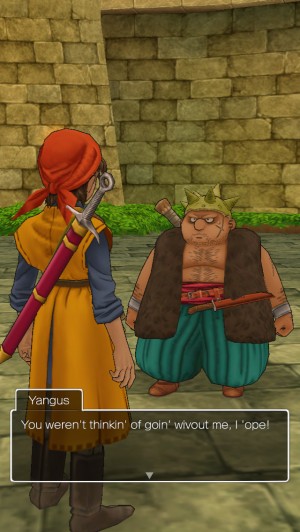 As you’ll likely notice from the screenshots above, the one thing that’s sort of weird about DQ8 is that the game is entirely played in portrait mode. It’s designed to be played on your phone with one hand, and with that goal in mind, it works awesome. Things get a little weird when you play it on your iPad, as the portrait mode setup just feels strange.

Even at its original price of $19.99, DQ8’s cost per hour of gameplay was better than most other things on the App Store. Knock five bucks off that, and it gets even better. If you’ve had your eye on this game, better grab it while it’s discounted.