Good news! Nimblebit’s Tiny Tower Vegas is just about ready to be released to the world at large, after months of teasing through social media, including a recent promo code giveaway spree on Twitter. Well, if you didn’t luck out with a code, then you don’t have much longer to wait: the pixel art tower simulation comes out this Thursday, August 28th, for free.

This takes the Tiny Tower (Free) formula also used in Star Wars: Tiny Death Star (Free) (that Zynga also shamelessly used in one of their own games) and puts it in Vegas. It’s possible to build a hotel and casino, filled with residents working jobs to earn you coins, collecting the occasional bux along the way. Now, it’s possible to play casino games in your tower to help get more of them, betting chips to get bux. It’s also possible to visit friends’ towers to help get more chips. 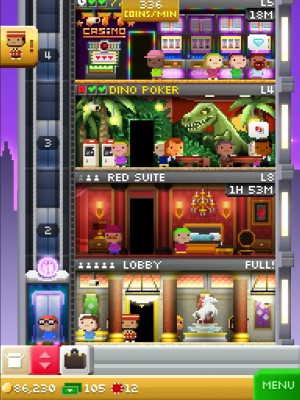 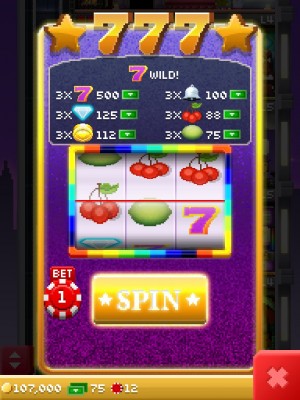 Of course, there will be all the classic Tiny Tower customization, allowing you to build out a tower with fancy roofs, lobbies, and elevators, replete with resplendent residents. The game launches for free this Thursday on both iOS and Android.