A noted designer returns to the genre that he helped define, and it’s difficult not to judge the game against its heritage. Godus (Free) comes from 22cans, an outfit founded by Peter Molyneux, designer of seminal god games, such as Populous and Black & White; it is perhaps unfair to Godus, a crowdfunded free-to-play game, to consider it in such company. The sad reality is that Godus fares little better when judged on its own terms.

As I write this, my iPad sits off to the side with the game running, its timers slowly ticking down. I want to give it a final opportunity to reveal something interesting before this review is completed. Based on my experiences thus far, I can guess that it will give me a new series of timers to watch, and maybe a couple more resources to collect. In other words, it will add more layers of obfuscation designed to muddy my perception of the values of money and time. 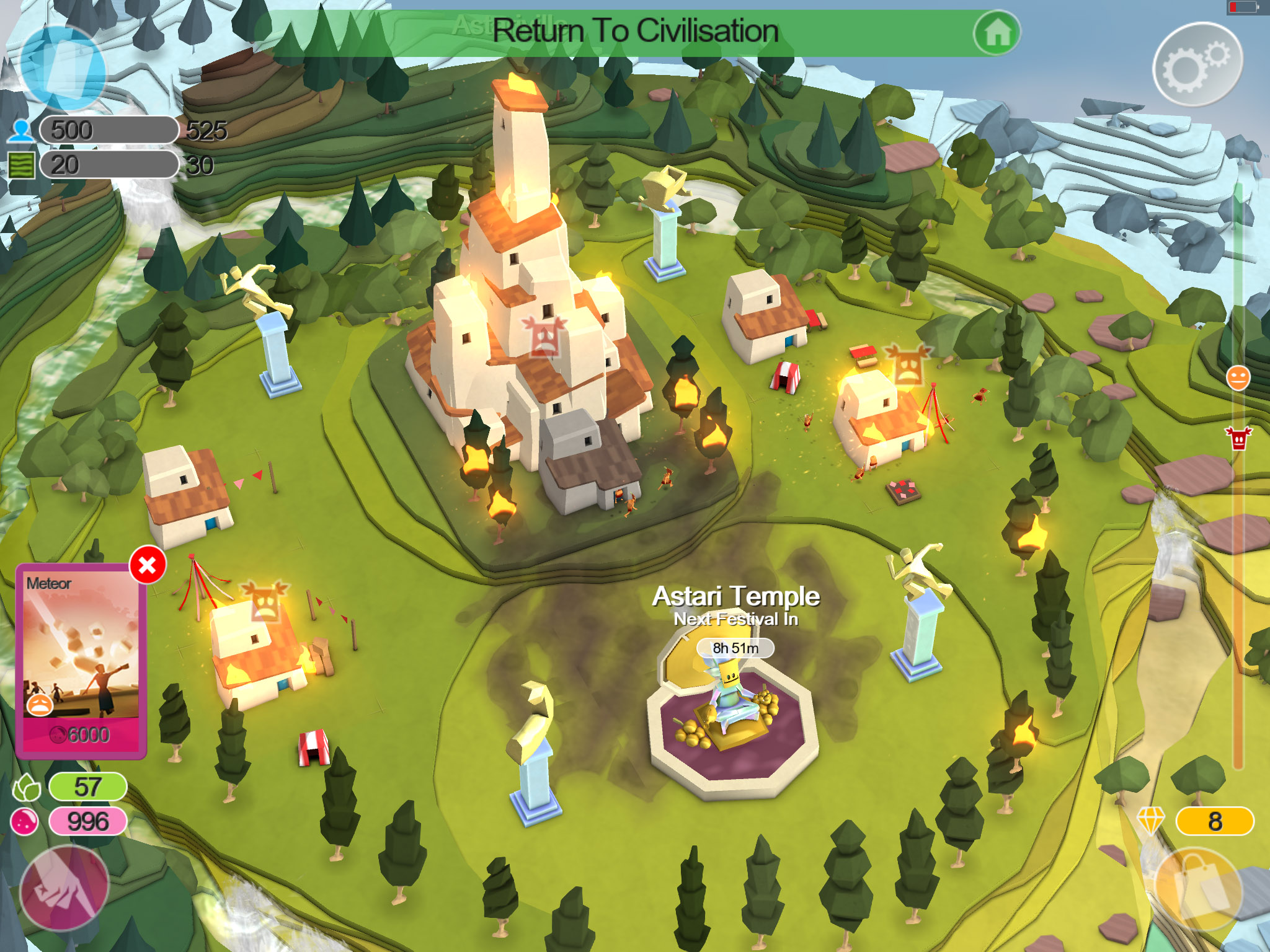 Naturally, “gems" are available for real money, and can be converted into various other things, such as belief, which powers godly abilities. Gems can also buy wheat, or can be spent to instantly circumvent various timers; they can be used to build monuments, which offer a variety of bonuses. The most soul-sucking use of gems is the purchase of blind packs of stickers (blind as in you won’t know what you’re getting until you make the purchase), which in turn gradually unlock cards. Cards tend to introduce new things for which to wait. It goes around and around like this, leaving the player like Tantalus, ever reaching and never satisfied.

As if to mock, purchasable items peek out from the edge of the screen and wave when the game notices that you’re running out of some resource or other. In the interest of testing the waters for review purposes, I made a few in-app purchases and was left feeling the emotional equivalent of a wet fart. For instance, a basic package of belief allowed me to sloppily grope the terrain for a few seconds. The interface for shaping the land is an imprecise horror, which is especially frustrating after paying for the privilege. It’s also the main activity of the game, as (similarly to Populous) your citizens need a flat expanse of nothingness in order to thrive. 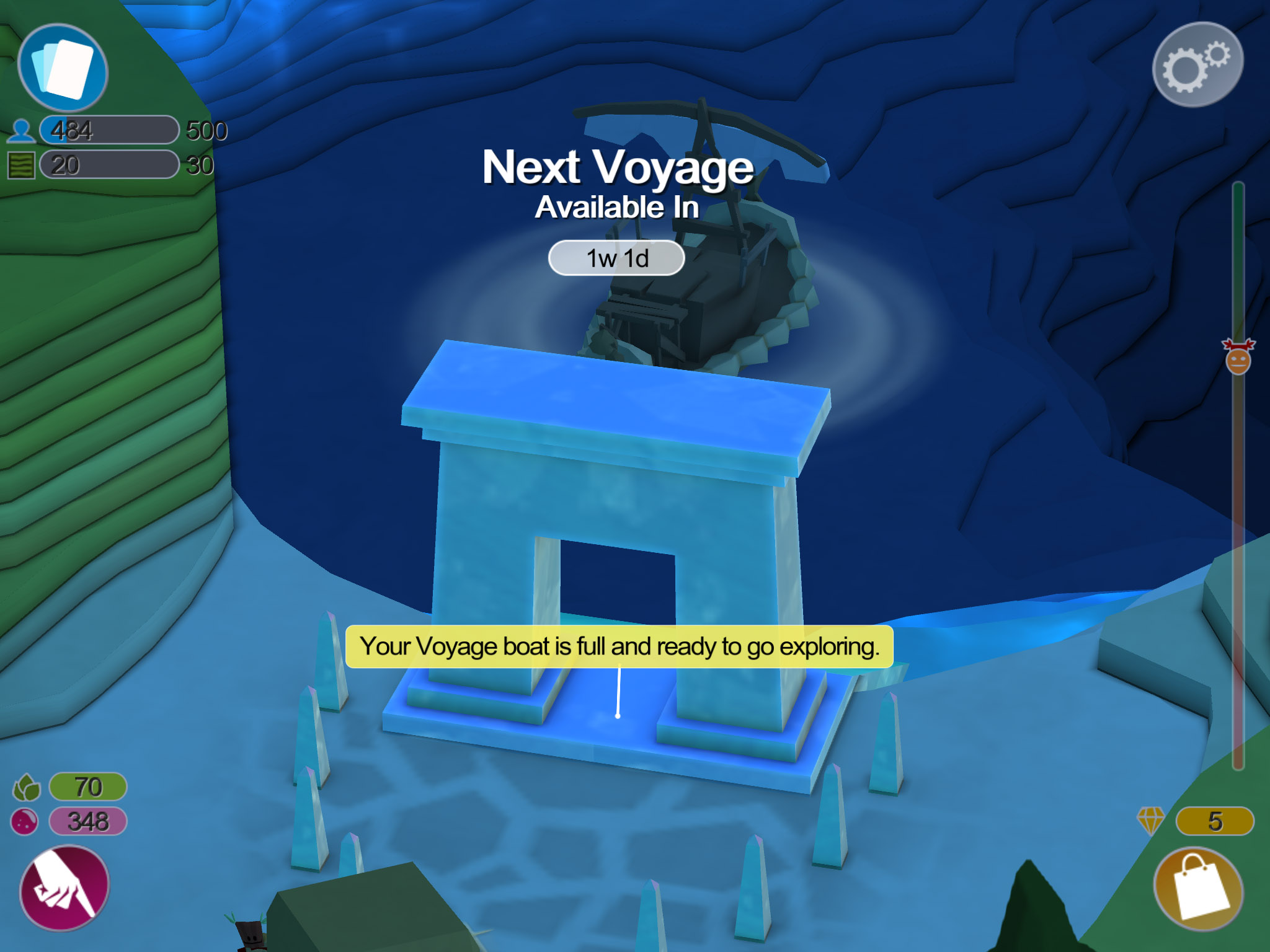 Sadly, this need to ravage the land interferes with one of the great positive qualities of the game, and that is the artfully shaded and stepped natural terrain. Other presentational elements are nice, such as the character animation, sound and weather. There is some admirable work here, but it seems like a waste when it depicts a world with no drama. At this point, conflict with the environment and neighboring civilizations will only lead to more waiting; this is not a compelling risk when “success" leads to the same thing. Maybe if I get a hundred hours (or dollars) into the game, then something radical will occur, but Godus has done nothing to earn my faith.

If I wait a week, I’ll be able to play an unfun Lemmings-inspired minigame. I suspect I’ll rain meteors on my settlement and call it a day before then.