Luderia Games has just released a trailer for their upcoming Spooklands, and have announced when you can play it: 3 weeks from today, on August 21st. This is a one-finger arena shooter, where tapping on the screen will fire in that direction, with a bariety of bullet types both ‘normal’ and odd. Shooting out glowing red boots is a thing that’s quite possible in this game. Considering that enemies consist of various insectoids, perhaps that’s the proper weapon to use.

There are three different levels that can be played endlessly, Amazonia, Spider’s Nest, and Necropolis, with enemies that get steadily more difficult. There’s boss enemies in each level, with medals earned for defeating them – and streak medals for the expert players who defeat multiple of them in a single run. 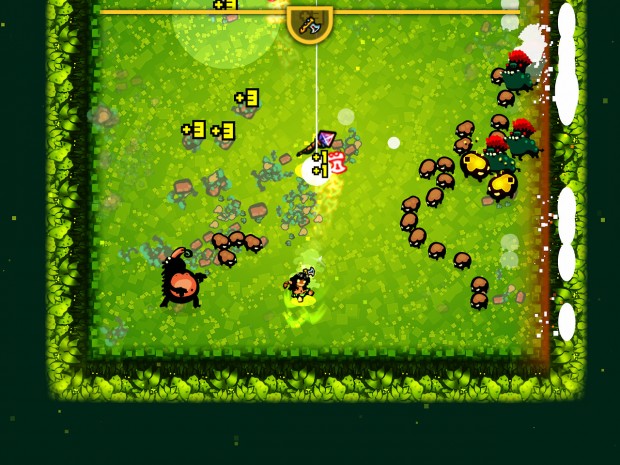 The single-finger nature of the game is part of the intrigue here: there’s plenty of arena shooters that use dual-sticks, and a game that simplifies it down is certainly an intriguing prospect. We’ll see if Luderia can stick the landing. Until August 21st, their dev blog is worth a read for what’s gone into the game over time and how it has gotten to its current point.