Zombie Commando ($3.99) is the rare premium game without in-app purchases that I think would actually be better if it had them, because with the current structure, it’s grinding or nothing. Zombie Commando‘s premise is like many more before it: kill wave upon wave of zombies. This time, players control an entire team of zombie killers, all at once, across fifty missions.

The look of Zombie Commando is like candy to pixel art fans. It’s colorful, and while not particularly detailed, this is due to the game’s zoomed-out perspective which allows a ton of zombies on screen at one time. Thankfully, managing the commandos to take them out is easy: just moving with the joystick moves the entire group, with the ability to select a single one to focus on, and all firing is automatic. 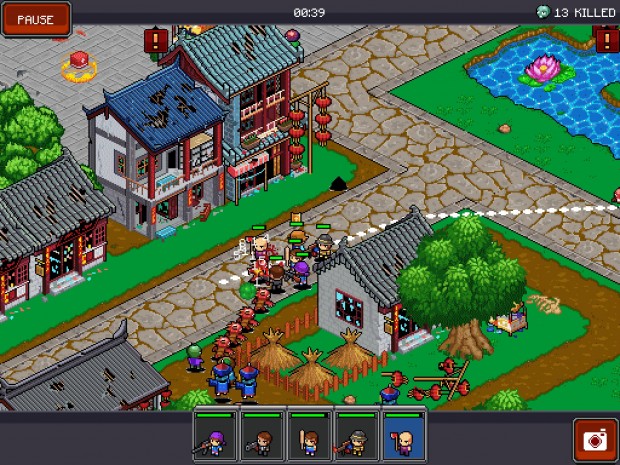 But Zombie Commando‘s escort missions commit the sin of being unbearably slow, with humans that just move along a set path at a pace that seems to belie the fact that “hey, we’re in the middle of a zombie apocalypse." Might want to pick it up. More than once, I wound up getting the escort killed because I went to get a health pickup when a bunch of zombies suddenly spawned and swarmed the target. Whoops.

Oddly, the game lacks in-app purchases of any kind. This is a good thing, right? Well, there’s really no reason for the game to not have them, as there’s 3-star units that have more powerful stats but have high costs. In a normal game, there would be the ability to buy more in-game cash to get more powerful units. Instead, without buying any more cash, to get more money, previous missions have to be grinded for more money to get upgrades and those deadly units. 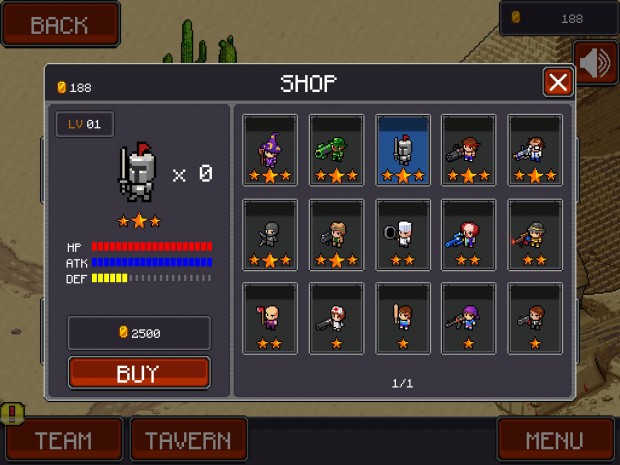 Now, it’s not really necessary to buy as many upgrades and characters as possible, but I certainly do get the feeling like I’m not as powerful as I necessarily want to be, and I don’t quite have the ideal set of units. If I had the ability to buy more cash, that would alleviate this frustration: I could get the ideal set of tanks and long-range units that I would want. But instead, I have to grind missions repeatedly to do so.

This gets to the greater complaint about the pace of the game. Grinding doesn’t get you too much money, and while the missions are only a few minutes long each, they feel like they could move so much faster, like they’re not making ideal use of the time they take. And because the game does move so slow, it makes that act of grinding not as much fun as it should be. And really, if the game did move at a quicker pace, it would be more fun overall.

I must admit, while playing, I’ve thought: “I would pay a couple bucks to just buy a bunch of three-star units and blow through this game." And I don’t have that option, and getting more money isn’t that much fun. Just progressing through the game normally is okay: killing hundreds of zombies at a time is hard to make boring. But the meta-game struggles.

Of course, what I’m really saying is that I want Zombie Commando to have a perfect progression. I want its progression to feel as great as Ridiculous Fishing ($2.99) does. That’s asking a lot, yes: but I think that this game’s design flaws are just more apparent because there’s not that simple IAP fix.