Alright, so this isn’t a game, but I imagine if you made a Venn diagram representing gamers and people interested enough in Marvel comics to flop out a dollar to unlimited access to Marvel’s online catalog, you’d pretty much have a circle. Thanks to a promotion taking place for San Diego Comic Con, those two worlds can now collide.

Anyway, Marvel Unlimited (Free) is really awesome. The app lets you access Marvel’s 75 year strong back catalog of comics. Want to read every Incredible Hulk comic starting with the first one? Well, you can. It’s super cool, especially considering how big Marvel movies have gotten, to go back and dig through the origin of all these ultra-popular characters now. 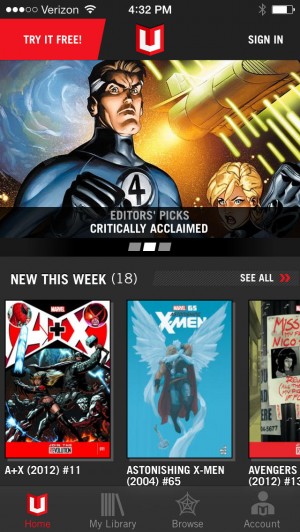 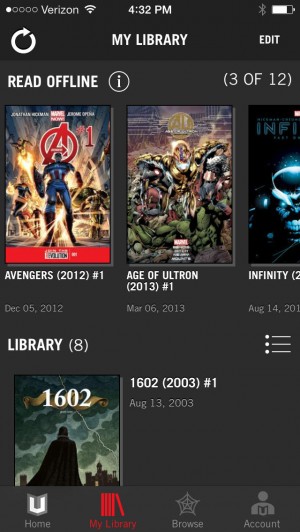 Subscriptions typically are $9.99 a month (or $69 annually) but for a limited time using the promotional code SDCC14 when you sign up here will get you a month of access for just a buck. That’s cheaper than even one issue of a comic book. The only thing that sort of sucks about the service is there’s something like a six month delay before new comics hit Marvel Unlimited, but, it’s not like there’s any shortage of things to read before they do.