If you’re looking for another freebie to fill your iPhone with this week, check out Bitforge’s Orbital ($4.99). I’m pretty sure the gameplay mechanic has been done about a million times before both by other games on the App Store and in Flash games before the App Store even existed, but it hardly matters- Where Orbital shines is in its presentation. Rad music, bright colors, particle effects everywhere, it’s got it.

The core of the game involves shooting balls up in to the play field, those balls then expand as wide as they can before colliding with something else, and then need to be hit a number of times before they’re removed. You’ve probably played something similar before, but never with this much style. 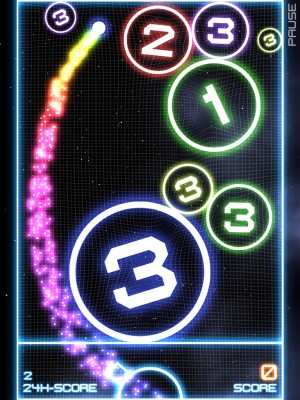 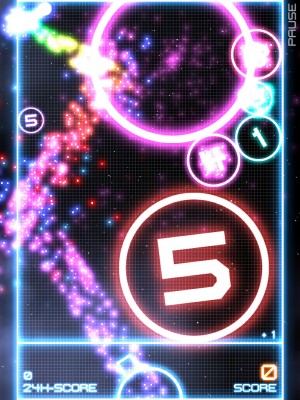 Multiple game modes spice things up a bit, my favorite is the gravity mode which gives all the balls you’ve launched a gravitational pull. Timing a shot right can result in a really cool curved slingshot kind of thing which feels really cool when you manage to pull it off right.

Anyway, Orbital is still one of my favorite iPhone games, and is something I really recommend checking out- Especially at the price of free.