Folks paying attention to the PC scene may have heard of a soon-to-be-released game called Hellraid. From the makers of Techland, it’s a dark fantasy co-op action title placing players in the role of repelling a demonic invasion. However, in its iOS debut, Hellraid: The Escape ($2.99) doesn’t share the action-oriented approach as its PC and console cousin. In fact, the action is eschewed pretty much in its entirety for a first person puzzler. While this change in genre may disappoint some hoping for something with a bad more action, Hellraid: The Escape offers a pretty impressive experience on iOS.

Trapped in a sorcerer’s prison, Hellraid: The Escape puts you in the role of a prisoner devoid of any personal knowledge of himself. Through a series of missives placed throughout the prison, you learn of a prisoner that has been trapped for a long time and is willing to free you if you can find him. Of course, finding him will require you to traverse through the hellish prison and all it has to offer. While there aren’t any in-game cutscenes or anything other than textual narrative, I loved the way the story was presented with its tendency to offer additional nuggets of information with just enough ambiguity to keep you going. 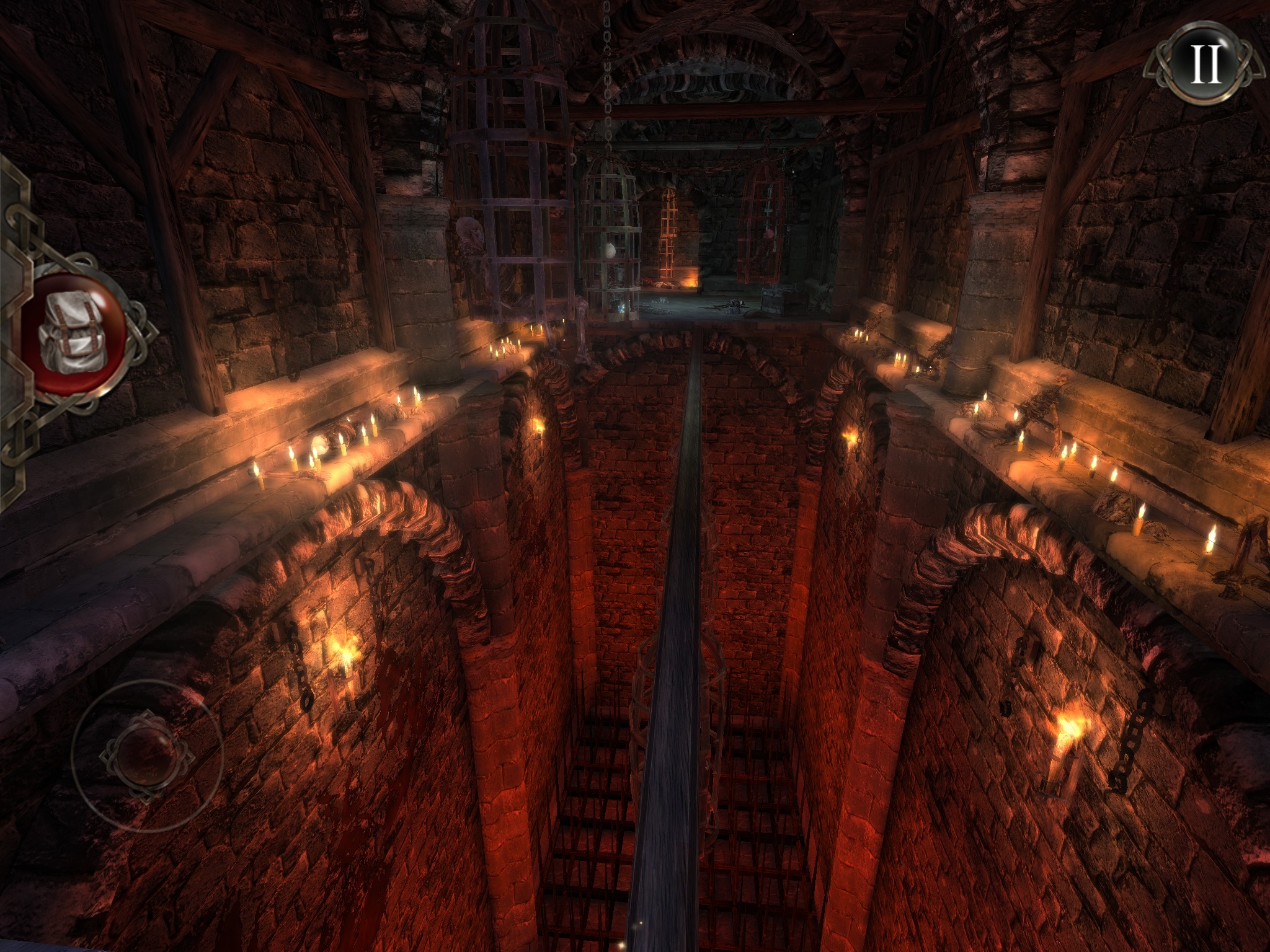 When we first checked out The Escape, its Unreal-driven visuals were one of the first things we noticed and is still one of its best elements. Each level is impressively detailed with a solid framerate (at least on current generation devices), although the color palettes are a bit monotonous (reds and browns seem to dominate most hellish prisons). Sure, the visuals and enemy models are pretty great, but I think does an excellent job in using all the visual flair to create an environment with personality. Each chamber just looks spooky and while good graphics contribute to that, it’s the presentation and level design and effort that really contributes to that feeling.

Meanwhile, The Escape’s gameplay does a great job supplementing those visual elements. The game takes place in ‘Chambers,’ which typically encompass a few rooms and challenge players with solving a variety of puzzles in order to move between rooms and eventually reach the exit. Most chambers are a combination of locating items, opening doors and avoiding (or dispatching) enemies. A simple side-quest system of locating crystals offers some reward for exploring the nooks and crannies, but for the most part the core puzzles take center stage. 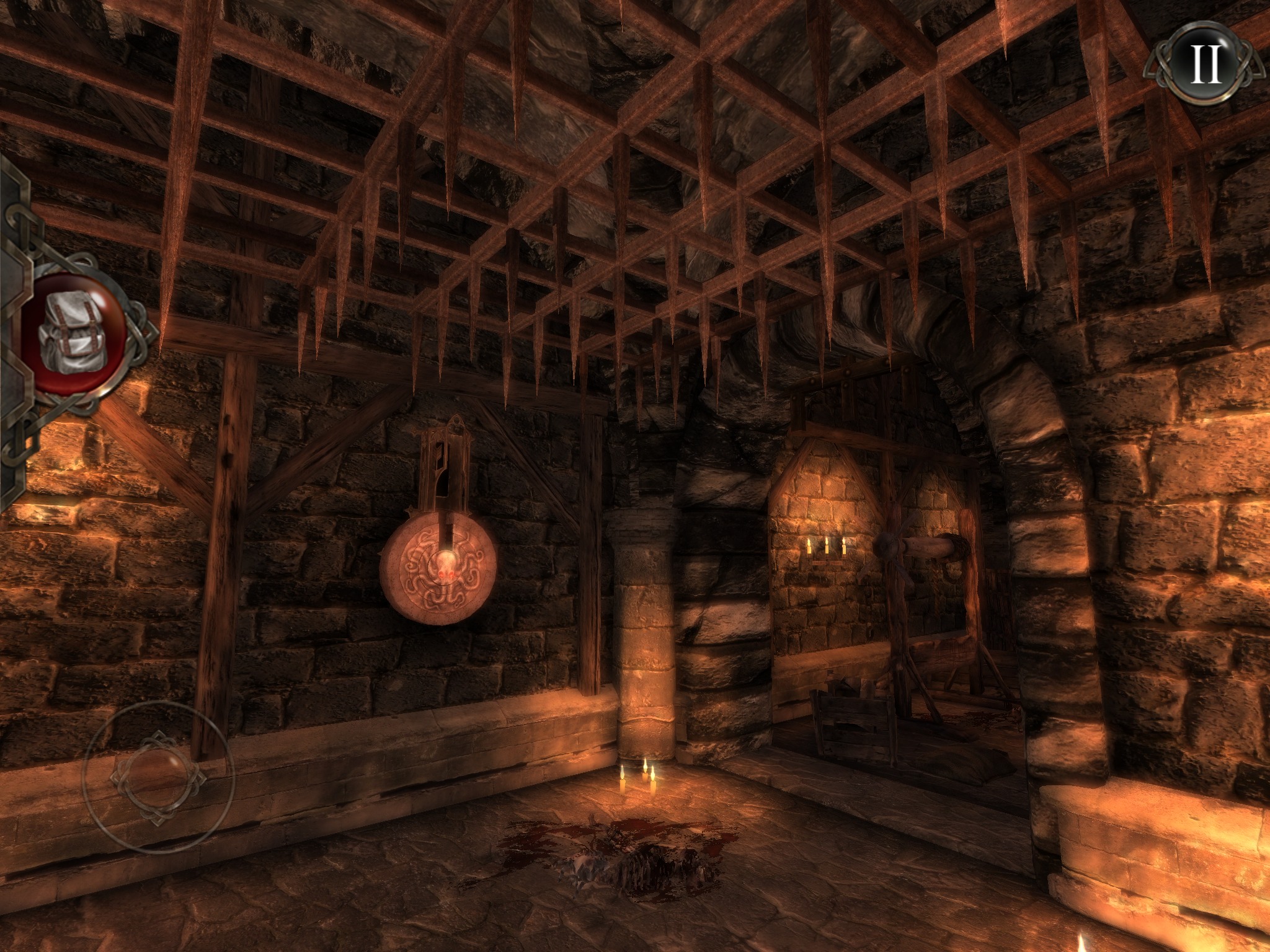 I was pretty pleased with the variety and increasingly complex nature of the puzzles the further you got into The Escape. The first chambers teach you how to look around and break pots for clues while later ones charge you with outsmarting enemies (as a prisoner you don’t really have much in terms of weapons to go toe-to-toe) and utilizing a variety of tools to bypass superficially impossible areas. An in-game hint system similar to The Room offers some respite should a particular chamber become too frustrating. I never really found that to be the case, however, which goes to the quality of puzzle design within The Escape.

The platforming portions, however, aren’t Hellraid’s strong suit. While I felt rewarded when completing a puzzle, success in platforming feels more like getting lucky than necessarily being skillful. Patience and caution are still the best elements in your control to succeed but temperamental trap detection is more frustrating than not. Thankfully, there aren’t too many of these sections to worry about and checkpoints are available once you pass them. 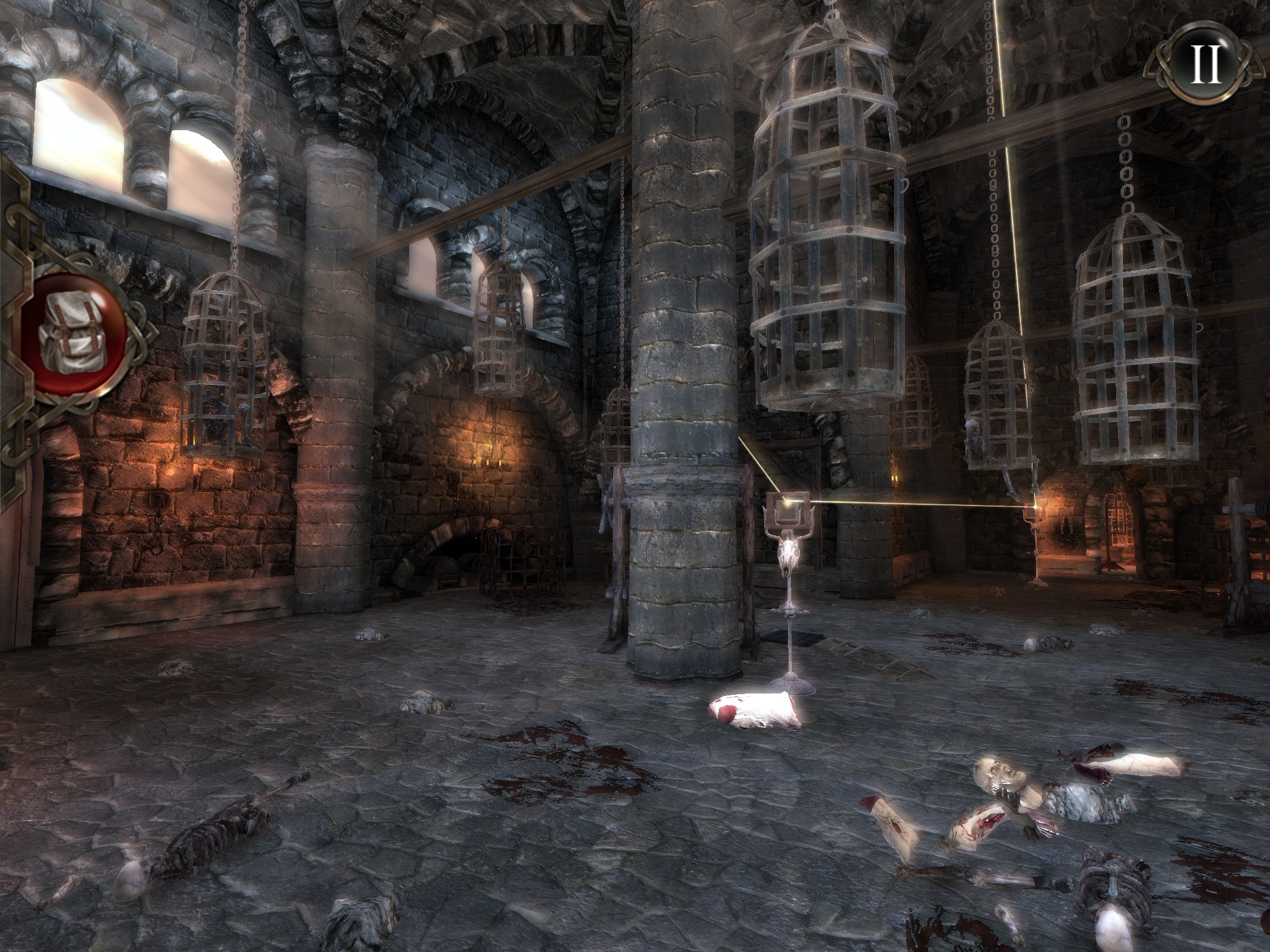 Despite the complaint above, Hellraid: The Escape is a great experience on iOS and a rather successful combination of first-person exploration and puzzle elements. In fact, my biggest complaint lies in its length – with any eight total chambers, it’s a bit shorter than I’d like. Thankfully, support in additional levels in some form or fashion appears to be in the cards. Still, even in its current state it’s a complete adventure with an intriguing story coupled with impressive visuals in a world that I’d like to explore more. It may be be acting as a prelude to the bigger Hellraid game but The Escape holds its own very well and is highly recommended.