Minecraft: Pocket Edition ($6.99) has version 0.90 coming out this Thursday, July 10th, and they’re promising two big things: infinity, and less unintentional sheep punching, along with a number of other small improvements and added features to bring the game closer and closer to the PC original.

Yes, the game will now finally support infinite worlds. Just try walking to the edge. You cannot any more. Deal with it. Make worlds as big as possible, or just wander around aimlessly for a while. There’s also a new interaction button, which will make it much harder to accidentally attack things that you instead meant to just interact with, such as sheep. Look, sheep don’t deserve to be punched in the face, most of the time. They’re cute, fluffy animals who just have lots of useful wool that can be sheared without harming them. Unless they insult you, then there’s no reason to go just punching them. Thank you, Mojang, for saving the sheep. 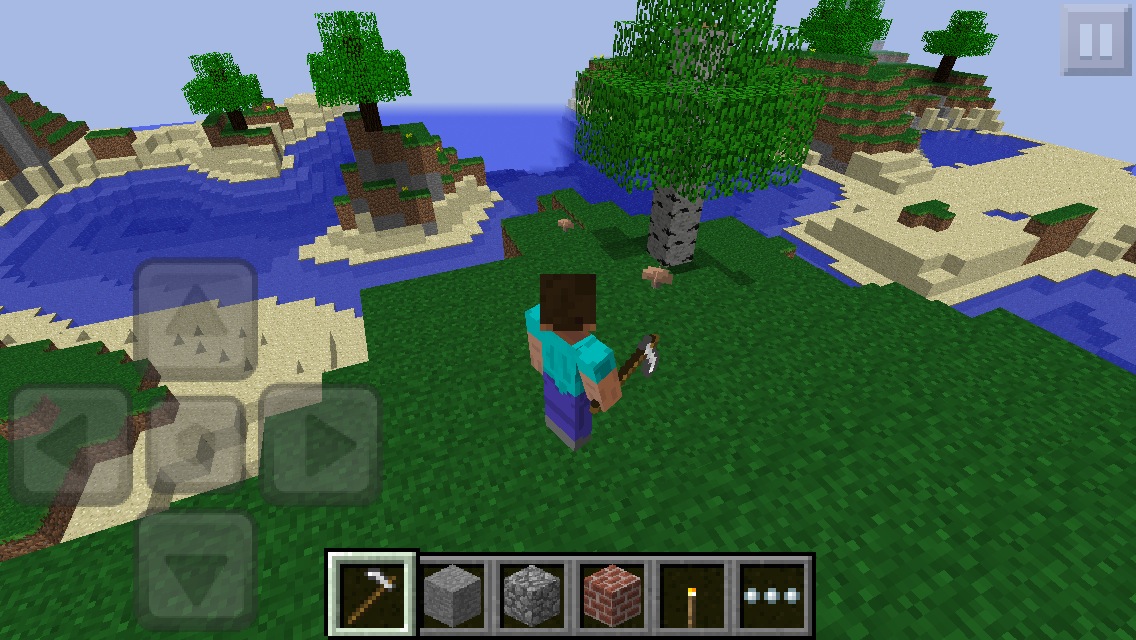 That’s not all for the added features: there’s caves, new blocks like mushrooms, wolves (which can be tamed!). New mobs of endermen and mooshrooms can be found in the world, which has new feature generation, along with biomes including jungles and extreme hills. None of these features may sound particularly impressive to an outsider, but they just help to flesh out this incredibly expansive game. The update launches on July 10th, seemingly for both iOS and Android.