The original Civilization Revolution ($2.99) represented acclaimed designer Sid Meier’s attempt to make the Civilization series more appealing to a wider range of people than before. The main Civilization series is extremely well-known and beloved for being an incredibly deep game series, with each game offering nearly infinite replay value. The aim with Revolution was to take the core concepts of Civ and make a game that wasn’t as intimidating by streamlining certain aspects and reducing the average length of each game. While hardcore fans of the original series were a bit mixed on the results, it was fairly well-received overall. Originally releasing on PC and various consoles, it made a big splash on iOS with a slightly late port in 2009. The game was a great match for mobiles, offering a reasonably deep gameplay experience that fit the stop and go nature of many mobile gamers. It was also quite well-maintained by publisher 2K Games, and was still receiving occasional updates as recently as late last year.

That initial release was five years ago, a very long time in the world of iOS gaming. The iOS version of Civilization Revolution, being based on the DS version, is looking pretty long in the tooth in some ways. Plus, the rule of video games clearly states that if a game makes money, there must be a sequel. It’s less surprising that Civilization Revolution 2 ($4.99) exists and more that it took so long, but it’s finally here, and it’s actually incredibly underwhelming. This is more of a remake than a sequel, and there are several big and small ways it’s a step back from its predecessor in its current form. 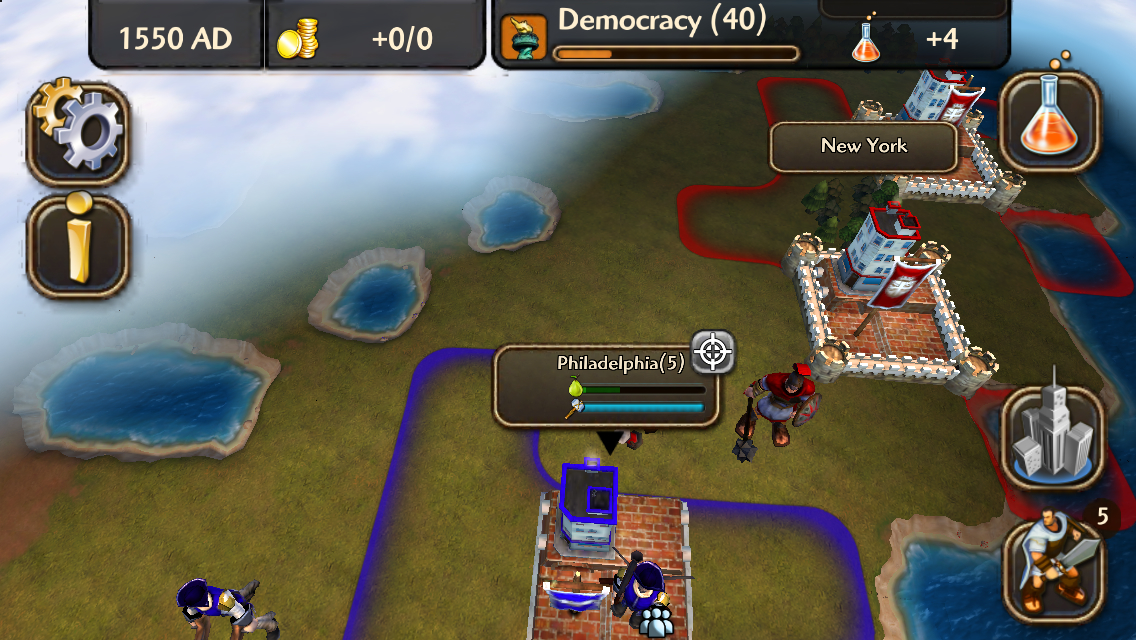 Civilization Revolution 2, like other games in the series, puts you in control of a fledgling civilization that you must grow and help prosper over time. Naturally, your people aren’t the only game in town, and the world proves to be a pretty small place. The aim of the game is to achieve victory by one of four very different methods, and depending on which one you’re shooting for, you’ll either co-exist relatively peacefully with your neighbors or engage in years-long bloodshed. The game plays out turn-by-turn, with each turn representing a smaller number of years on the calendar to reflect the accelerated growth of modern times. You can choose from a number of different real civilizations, each with their own benefits, represented by an iconic leader such as Abe Lincoln or Napoleon Bonaparte.

The biggest change in the sequel is an obvious one. Instead of using sprite-based graphics, the entire game is represented in full 3D, and it looks great. Soak up those pretty visuals, because they have to go a long way. Another big difference is that there is no multiplayer mode in Civilization Revolution 2. To be fair, the first game didn’t launch with its multiplayer mode, but to be pragmatic, this game isn’t competing against what games were like five years ago, it’s competing with the present, and in the present, it’s an unfortunate omission. It’s even worse when you consider that, although it has several difficulty settings, the AI doesn’t put up a very good fight on any but the highest one, and even then, it really only wants to put up a fight in the traditional sense. Nobody’s going to beat you to Alpha Centauri, basically. Since the Revolution sub-series is meant for a wide audience, it’s not bad that it’s a bit on the easy side, but without the multiplayer to pick up the slack, experienced Civ fans aren’t going to get much out of this. 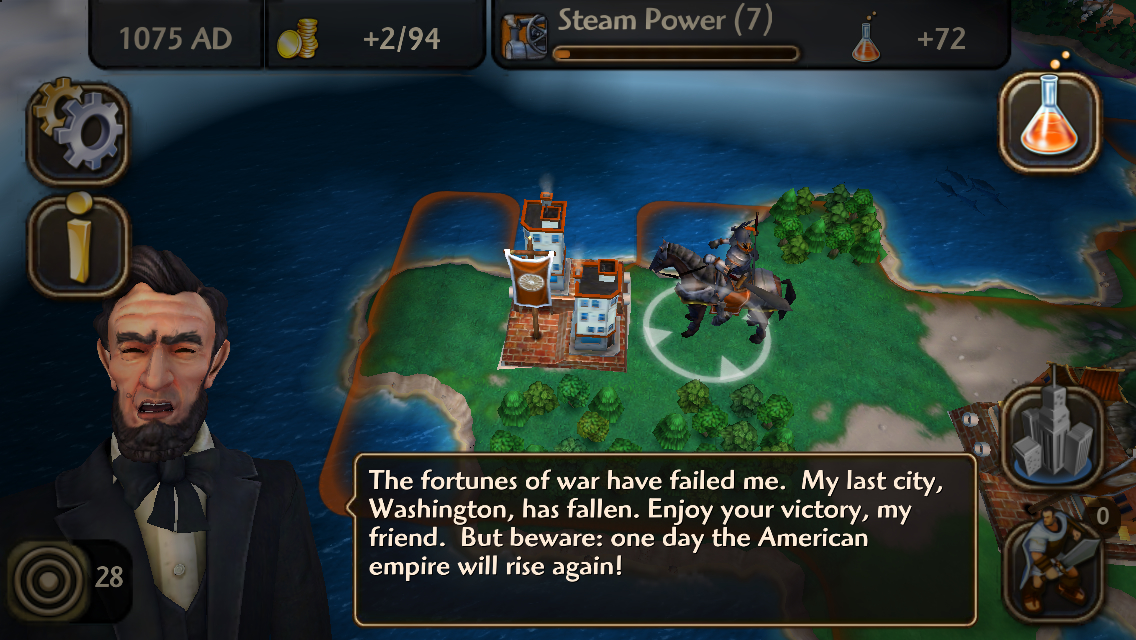 The other main new feature is the ability to play special live events. At the moment, the only one available is based on the American Revolution, but 2K plans to update this feature regularly, which should in theory result in some new content. Apart from that, you get a couple of new leaders, like JFK, and a few new units, and not much else. It’s disappointing that after all this time, there isn’t anything here that meaningfully changes the gameplay. With how replayable Civ games are, if there aren’t any new or unique features in a new installment, it’s hard to see the point of buying in. On the other hand, if you’re new to the series and don’t think you’ll be interested in multiplayer, this is probably the one to buy. Those are two big provisos, however.

It’s still a very fun game and one of the more accessible games in the 4X genre, and I’ll never get tired of pretending everyone is their respective character from Clone High, but I can’t confidently recommend this game to anyone who already has the first game, unless those graphics really mean a lot to you. The game has a relatively high price tag for the App Store, and although there are no IAPs as a result, the cost makes me even more hesistant to recommend it, since I don’t feel like there’s $15 worth of new content here even outside the context of mobile gaming. If you’re interested enough in Civilization to be considering this, but somehow inexplicably haven’t bought the first installment, then this is a safe choice. It’s a pretty hard sell outside of that narrow group, unfortunately.