Die-hard Kemco fans, or sufferers as we are known to normal people, know that for whatever reason, Kemco’s games usually hit Android before iOS. Typically, the iOS versions lag behind by a month or two, but there have been a couple of instances where Kemco skipped to the next game instead. As of this month, one of those two skipped titles has finally seen release on iOS, some eight months after the Android release. For any other publisher, that’s not a very long time, but for Kemco, that’s somewhere around eight releases ago, and as a result, Link of Hearts ($0.99) feels a bit outdated in several respects. Well, more outdated than usual, I guess I should say.

Link of Hearts comes from the reliable-to-a-fault WorldWideSoftware, the developer behind Symphony of the Origin ($7.99) and the recent Fortuna Magus ($3.99). It tells the story of a group of cookie-cutters who must save the world from an impending disaster. The initial hook of the story is that the team starts off in very distant locations, so you’ll switch back and forth between two groups for a brief period before everyone finds each other. The circumstances that bring them together are actually, dare I say, a little bit interesting. I don’t want to oversell that, but there’s a little more effort to do something unusual with the story than this developer usually shows. As is typical for WorldWideSoftware, this game falls on the shorter side of Kemco’s spread, with the quest easily wrapping up in about 12 to 15 hours. The pacing actually isn’t half-bad for a change, though the low difficulty and hit-sponge bosses do their best to curb your excitement. 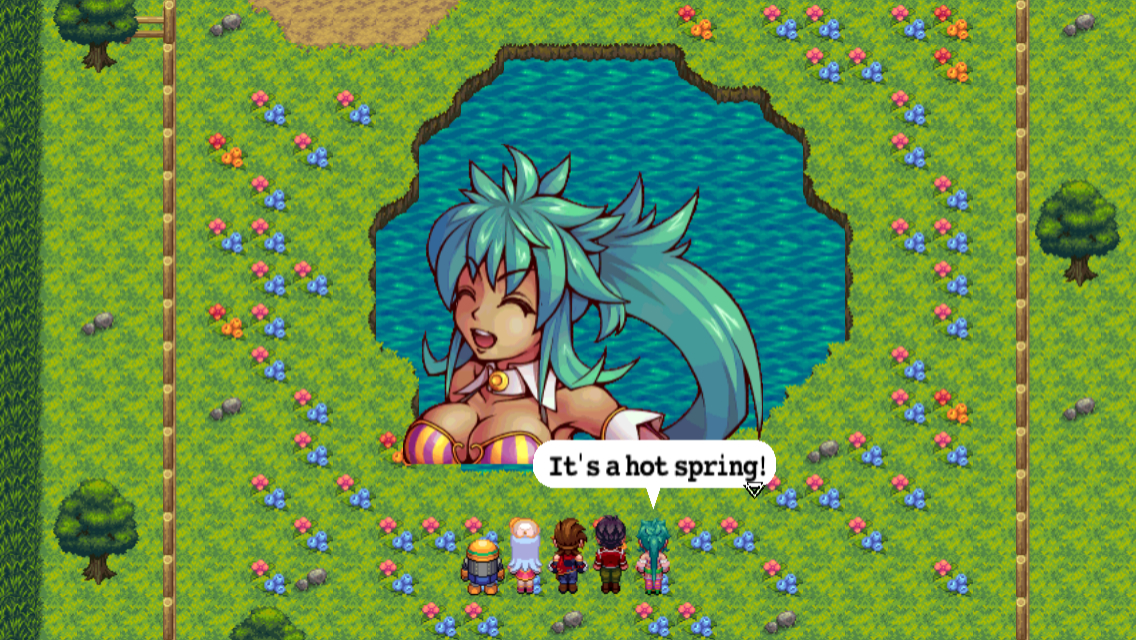 As for characters, everyone’s favorites are here. We’ve got Daichi, the optimistic boy who yearns for adventure, Lily, his childhood friend who can use magic and hear the voice of the goddess, Mole, the robot who needs to learn how to be more human, Mars, the proud warrior knight, Venus, the older woman with a huge chest who flirts with the young boy for some reason, and a couple of typical villains who shall go nameless in an effort to retain what little surprise the plot offers. There are also a couple of secret characters, but you may not ever meet them depending on things I’ll go into later in the review. Nobody ever really develops far past their initial state, so don’t expect much in the way of character drama. Still, none of them are particularly annoying or unlikeable, so you probably won’t mind spending a bit of time with them.

I’ve criticized WorldWideSoftware before for their seeming lack of interest in trying anything interesting or complex with their gameplay systems, and that criticism applies here just as strongly as ever. In every possible case, Link of Hearts hugs so tightly to the established norm that you’d think someone told the developers the floor outside of Dragon Quest is made of lava or something. Battles are turn-based, first-person affairs where you can more or less just keep hammering the fight command to win, or if your finger is tired, simply flip on the auto-battle so it hits the fight command to win for you. The enemies are animated, but there are really only a handful of unique sprites that get palette-swapped to oblivion. The only unique aspect to the battles is the presence of an energy meter that anyone in the group can draw on to use powerful skills. This meter is powered by almost any action you take, but it caps out with about enough power to use a skill three times in one battle. 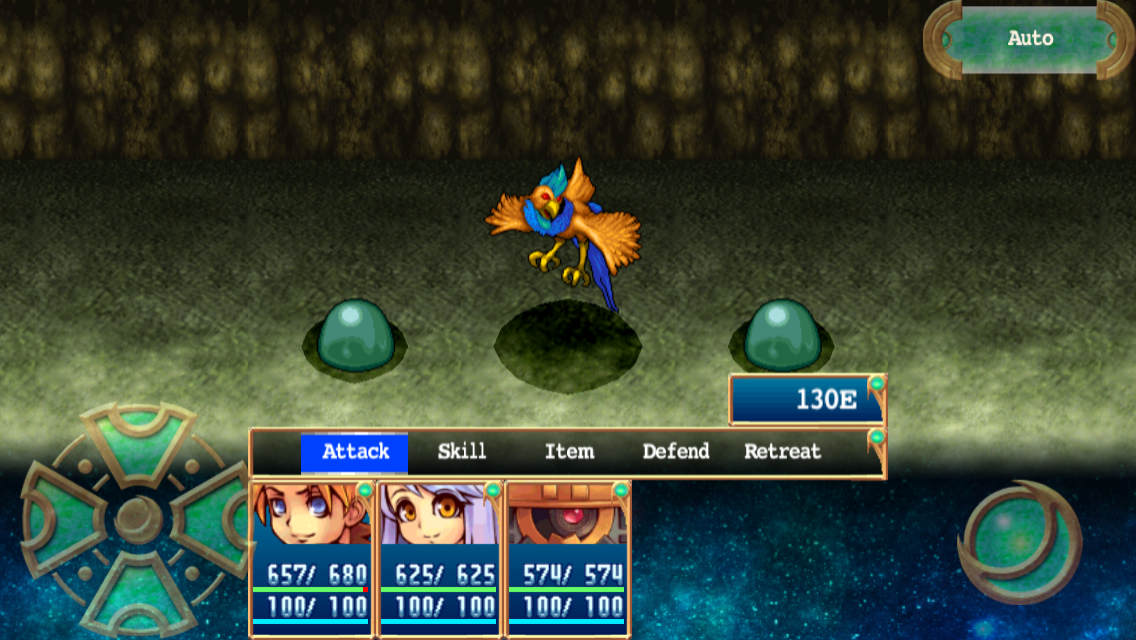 Character progression and customization are equally generic to the battle system. Each character can draw from certain elements. Any skills beyond attacking and defending need to be equipped to your character, and skills can be linked with extra modifiers. Your ability to equip these skills is limited by two things: the number of open slots and your remaining skill cost. Both of these increase as you level up, but you’ll never be able to equip everything, so you’ll have to choose which things are important to you. Skills themselves can be found in treasure chests and bought in shops. While this system lacks surprises, it does offer a fair bit of customization, though other than a few bosses towards the end, you’ll never really need to strategize beyond linking your heal spell to an “all-targets" modifier.

Over the last year or so, Kemco has done a fair bit of experimentation with including IAP in their games. Generally, this has consisted almost entirely of points that can be earned somehow in-game or bought with real money. The points are then exchanged for various things, and in earlier titles, this sometimes meant extra dungeons or story content. Recently, they seem to have settled on limiting the items to cheat items rather than locking content behind a paywall. Regrettably, Link of Hearts originally released right in the middle of that experimental phase, and it really shows. In addition to the standard assortment of cheat items, there are extra locations, skills, and even characters in the points shop. The game gives you enough points right from the start to nearly afford one of the characters, and you’ll probably earn the other through normal play, since points are earned by killing monsters and you’re going to be doing a fair bit of that. The locations, on the other hand, are terribly costly, and you would have to spend about six dollars on IAP to afford them all.

Other than that bit of bile, I actually found Link of Hearts to be a largely inoffensive RPG. The story was somewhat enjoyable, everything worked well enough even if it wasn’t all that innovative, and the game ended at about the right time. The dungeon design is decent other than a few moments where the game loses self-awareness and asks you to carefully maneuver a narrow path, and the translation is actually pretty good, though whoever chose that English font should be shot into the sun. Like many of Kemco’s games, it’s a bit lean to recommend at its regular price, and the IAP only adds to that problem. That said, if it’s on sale, you’re looking for a serving of JRPG, and you don’t mind if said serving lacks spice, Link of Hearts will probably serve you well enough.