Wrong Way Racing (Free) has been updated with a new infinite loop track. Why is the ‘infinite’ part a key point? The original track was designed to only go for 500 laps, and according to developer Jared Bailey, people have already managed to last 500 laps on the original track. I don’t know how, but there’s some crazy folks out there. The new loop track can be played endlessly, though that sight-obscuring overpass will throw in a new wrinkle. 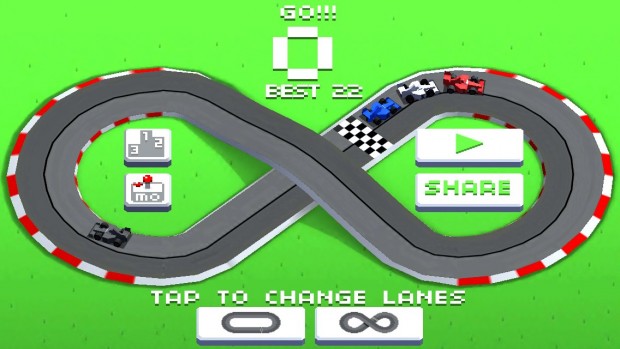 As well, the new track contains a new car design, there’s new Game Center achievements for completing certain numbers of laps, and the general array of fixes and tweaks to make the game feel just a bit better.