According to a short and sweet post on the Ludeme Games website, Chess 2: The Sequel is iPad bound and apparently “coming soon." The somewhat obviously-titled game was until recently an Ouya exclusive, having been released late last year for the undersized Android console. Chess 2 is a two-pronged effort from designer Dave Sirlin and Zac Burns, the founder of Ludeme Games. Sirlin—who became famous for his work rebalancing Super Street Fighter II HD Turbo remix, and who recently released a card-battle game called Yomi ($9.99)—wrote the new rules, and Ludeme is handling the development side.

With Chess 2, Sirlin and Burns set out to reduce chess’ focus on memorization, standardized openings, and draws. Chess variations are nothing new, though. The most outlandish might be Chess Boxing, a fictional sport dreamed up by Franco-Yugoslavian graphic novelist Enki Bilal in in his excellent Nikopol Trilogy, since brought to real life. Sirlin himself was heavily inspired by Chess960, a variant designed by American Grandmaster Bobby Fischer.

In addition to the traditional checkmate, players can win a Chess 2 match through “midline invasion"—if you can pull your king across the middle of the board, you win. Think of it like a medieval touchdown, designed to make the game more aggressive and reduce the number of stalemates. On the other hand, Sirlin and Burns hope that the new armies add enough variation and asymmetry to prevent players from simply memorizing a limited number of standard gambits. The “Nemesis" army, for example, makes the queen piece nigh-invincible, balanced out by increased mobility and attacking power for pawns.

Lastly, the new “dueling" mechanic is initiated any time a piece is taken. Each player starts the game with a certain number of stones, which can then be used to bid on a piece that’s been attacked. I may bid five stones to protect a knight, but if my opponent bids six, he dies anyway. After the bids are revealed, the stones are destroyed.

This particularly good Eurogamer piece discusses the history of chess and its variations and goes into more detail about Chess 2‘s mechanics and the specific problems its looking to solve. I was initially pretty skeptical of the idea of a sequel to chess—despite playing Interplay’s Battle Chess for hours on an old Windows 3.1 box as a kid—but I’m pretty fascinated by it now. 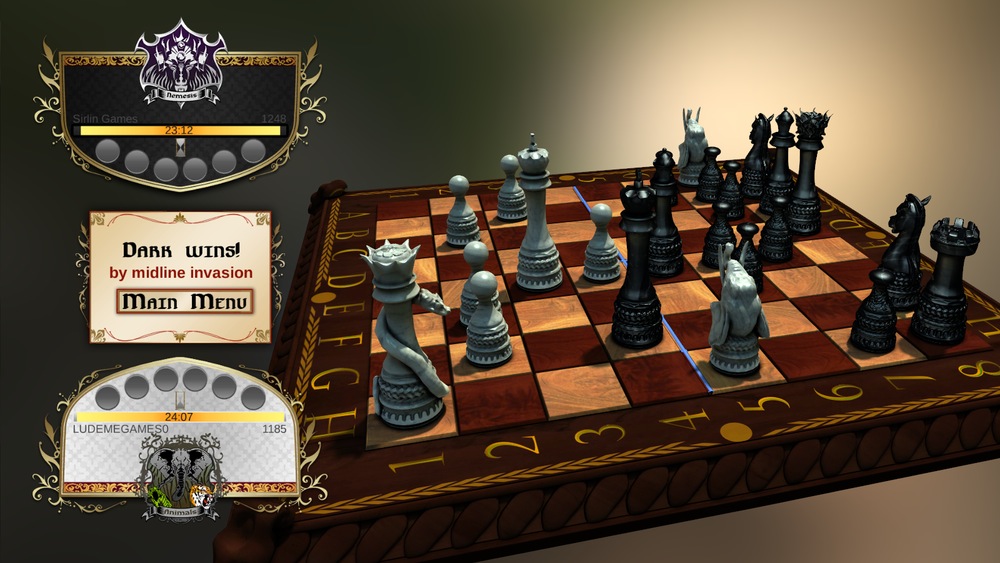 Right now, Chess 2 is playable with a standard chess board and units, and the rules are available for free from David Sirlin’s website. The digital version, however, will come with local and online multiplayer and a single player AI mode.

Lastly, the Ludeme Games site uses a Bobby Fischer quote to sum up their perceived problems with chess: “I’m finished with the old chess because it’s all just a lot of book and memorization."

For one, of course Bobby Fischer knows chess in and out: he’s a genius and one of the best chess players in history. Secondly, his genius also saddled him with psychological problems that tarnished his life and reputation in his old age. Fischer’s virulent anti-Semitism makes him an odd choice for video game marketing, despite his clearly valuable insights.

Still, Chess 2: The Sequel seems neat. We’ll keep an eye out and update you with pricing and release information when it becomes available.