DUNGEONy ($1.99) is a curious game because while it’s a turn-based roguelike, and certainly those are not rare, but it’s more of a puzzle game set around roguelike mechanics than an actual roguelike.

See, all the enemies in the game are static, and only counter-attack, never making the first move. So, the player has the initiative to, if not plot out paths due to the darkness that often encompasses the game world, then to at least be able to take the smartest possible approach. It’s possible to attack enemies, and also to blow up walls with the limited supply of bombs available. There’s several characters available with different starting stats, and different difficulties based on those stats.

It winds up being a game of resource management, not unlike Spelunky to a certain degree. Bombs are an important part of the game because of the way that they allow for dangerous portions of the map to be skipped. But health winds up being paramount, especially once the final boss is reached, as that becomes a kind of endurance test, as well as testing whether enough damage is being done. Thus, in progressing, there becomes a challenge in managing to keep health up at a high level, but also leveling up, and getting the items to boost stats. There’s also a reward for killing all the enemies in a level, but of course, that could come at the cost of necessary health to succeed later on. It’s all a trade-off. 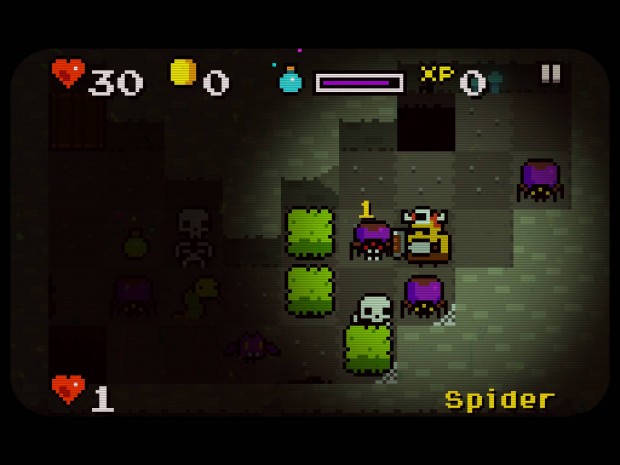 I do just wish that the game was a bit less random. It’s difficult to tell why an enemy is taking a certain amount of damage, or why it is dealing a certain amount of damage back, or not – the stats are never really explained all that well in the game. It kind of requires a feel for the enemies and learning which ones are dangerous and which ones aren’t, with the caveat that there’s the occasional miscolored one that’s more powerful. The four chest rooms, where three are mimics, feel like punishments more than rewards, though I do suppose it’s a free key. The item rooms are pretty much found by dumb luck, so it’s possible to not find any and have a bunch of useless coins at the end of the game. Game sessions can take 15-20 minutes for the first defeat of the boss, so expect to stick with this one for a bit. 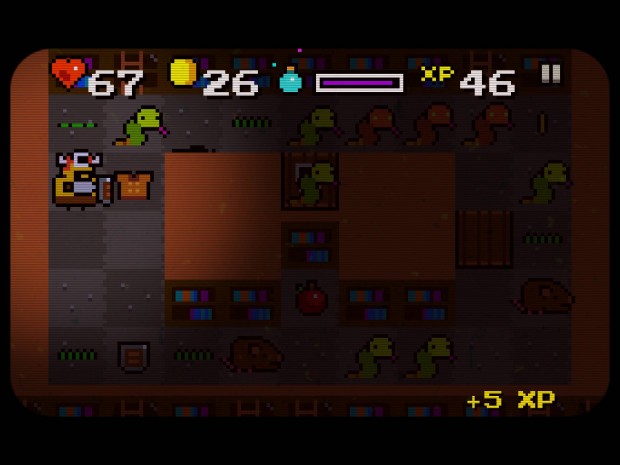 While I think DUNGEONy is far from the top of the roguelike heap, it’s unique, and developer Korigame has talked about continuing to iterate upon and improve the game. Depending on how the changes and hopeful improvements pan out, this could be a game worth revisiting down the road, though it’s certainly an interesting pickup for roguelike fans as it is.