Yes Chef! is a new Halfbrick-published puzzle game which they’ve soft-launched on to the New Zealand App Store. Developed by CitrusJoy, and initially revealed as Puzzle Chef Tale, this is a match-3 game similar to Candy Crush Saga where players have a limited number of moves to match up vegetables, trying to get a certain minimum number of points. Cash and coins are earned, which can be used to buy boosts, earn upgrades, and get more energy. 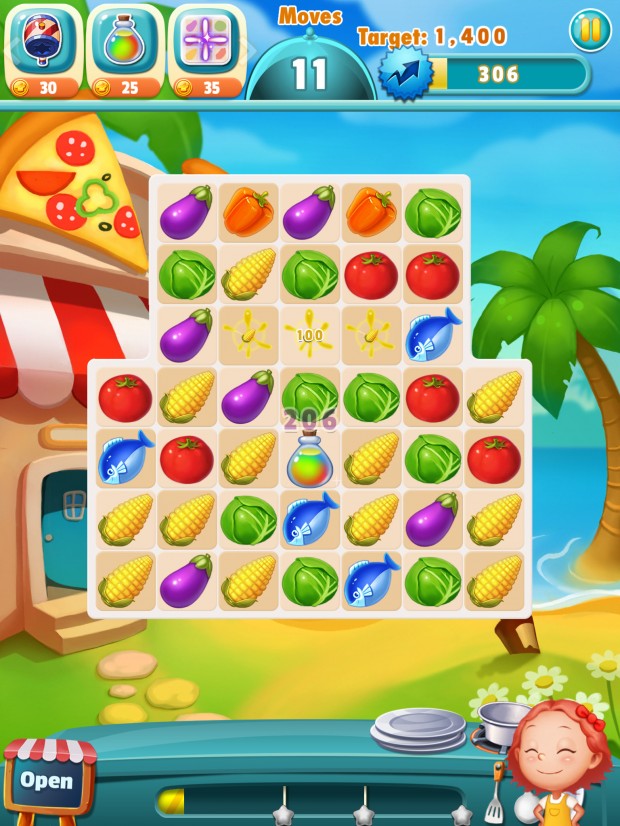 This is the second game that Halfbrick currently has in soft-launch: there’s also Bears vs. Art which remains on the New Zealand App Store, and uses some similar King-esque tricks with energy systems and the level-based progression. While Halfbrick has always been a casual-friendly company, they appear to be taking some more cues from King’s hit games in terms of what their future on mobile will be. Our forums are talking about this one, though not necessarily in the kindest of terms.