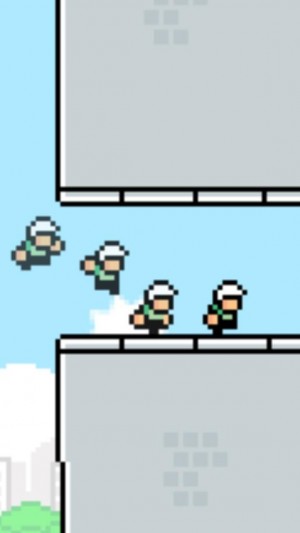 Vietnamese indie developer Dong Nguyen, creator of Flappy Bird and the entire Flappy phenomenon has mentioned he’s been working on a new game for a while now. A few moments ago, he tweeted an image from the game which at first glance appears like it might be some kind of runner?

What I do know, is that after meeting Dong Nguyen at GDC, the dude is just like any other spirited indie developer and just wants to make awesome games. That’s a drive I can get behind, and a reason to get excited for this one… Regardless of whether or not it can capture the Flappy magic.

Oh, and he mentions, the latest Flappy knock off on the App Store (Which is similarly listed under a duplicate entry for his name.) isn’t real. We’ll be waiting a while still for the return of Flappy Bird.