In 2012, Amanita Design, developer of Machinarium (another game we absolutely loved) launched Botanicula on the PC, another great point-and-click puzzle that took the gameplay experience to a more natural setting. It’s taken nearly two years to hit iOS, but the wait is finally over for Botanicula ($4.99) for iPad. Just as Machinarium benefited from a transition to touch-based controls, Botanicula is another fine example of a great game made better on the iPad.

Machinarium was praised for a lot of facets, but its visuals really stood out as one of its best elements. That trend continues with Botanicula, which is a gorgeous game in its own right. Taking place on a giant tree full of a strange and fantastical creatures, Botanicula’s soft, nature-inspired palette creates an almost dream-like world that simply looks beautiful on the iPad. It really gives off a feeling of being an interactive story book, which seems to be a reoccurring theme throughout the rest of the game. Complementing the excellent visual styling is an amazing soundtrack that suits the game perfectly and certainly deserves its own download. 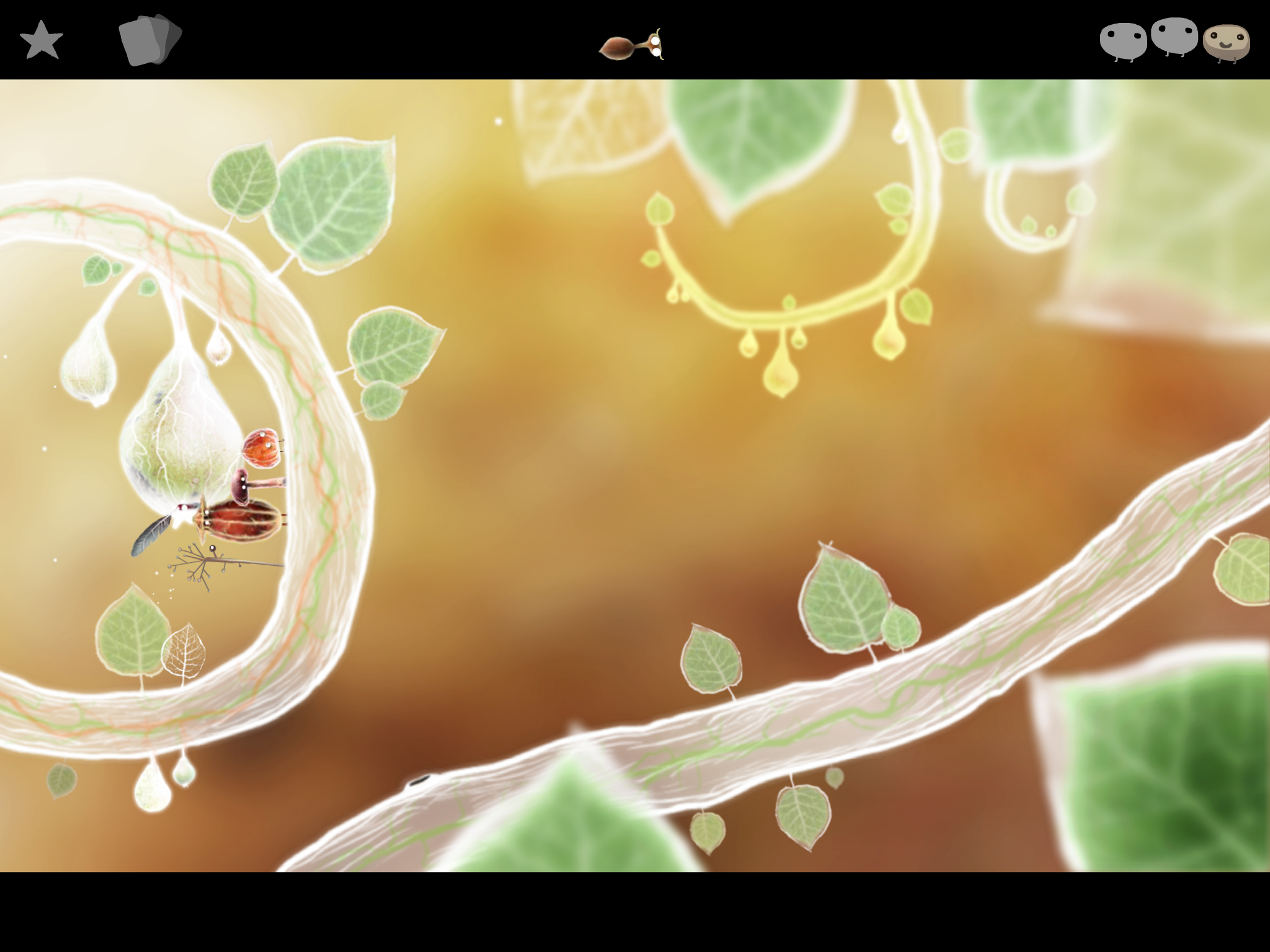 The story, meanwhile, does a great job of telling a tale through sound and pictures without even needing a textual exposition. The protagonists, a rag-tag group of tree creatures, seek to save the last seed of their home: a giant tree which has unfortunately been infested by evil parasites that are causing trouble for the rest of the tree’s denizens. While the journey certainly sounds serious, Botanicula inserts a great deal of humor through its heroes. It manages to strike that perfect balance of comic relief with a significant journey and it does it simply through its character disposition and overall feeling. So many games try and fail to hit such lofty aspirations but Botanicula executes it well.

From a gameplay standpoint, Botanicula is one of those puzzle games that really force the players to think outside the box. A lot of the ‘puzzles’ are involve scanning the environment and figuring out intuitively what to tap in order to make the story progress. It’s not as complicated and open as, say, Year Walk, but its sort of reminiscent only in the sense of its habit of dropping players into new environments without much in terms of prompts to go on. The fact that there’s no in-game hint system or guide to offer assistance means that players used to a more traditional presentation of solving puzzles may become frustrated. 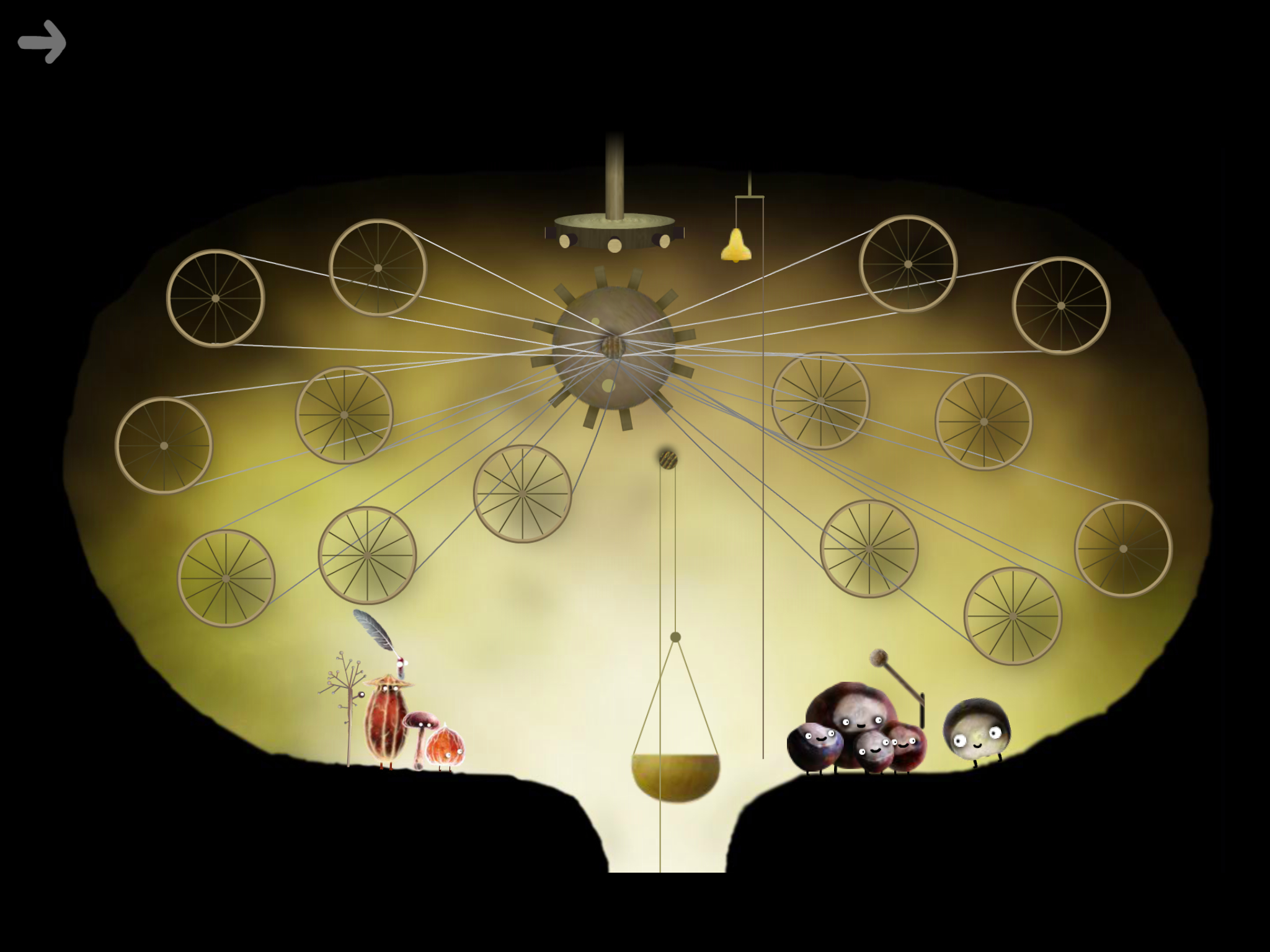 For some players, Botanicula may devolve into a game of simply tapping on everything on each screen, hoping to trigger whatever is required to advance. Personally, I don’t think it really matters how players approach the puzzles, as the quality of the story and presentation overpower any of the frustrations regarding the puzzles. I’d almost treat Botanicula as less of a puzzle adventure and more of an interactive story book that requires interaction to advance.

Meanwhile, if you’ve played Botanicula on the PC and are wondering if it’s any better on iOS, I’d say this is probably the definitive version. Touch-based controls are infinitely better in my opinion than the traditional PC inputs and I think the visuals simply look better on the iPad. When playing a game that’s essentially an interactive story, I think a platform like the iPad serves it far better than a traditional laptop/desktop environment. However, if you’ve played through it in its entirely on the PC, I’m not entirely sure if it’s worth picking up simply due to the improved platform. 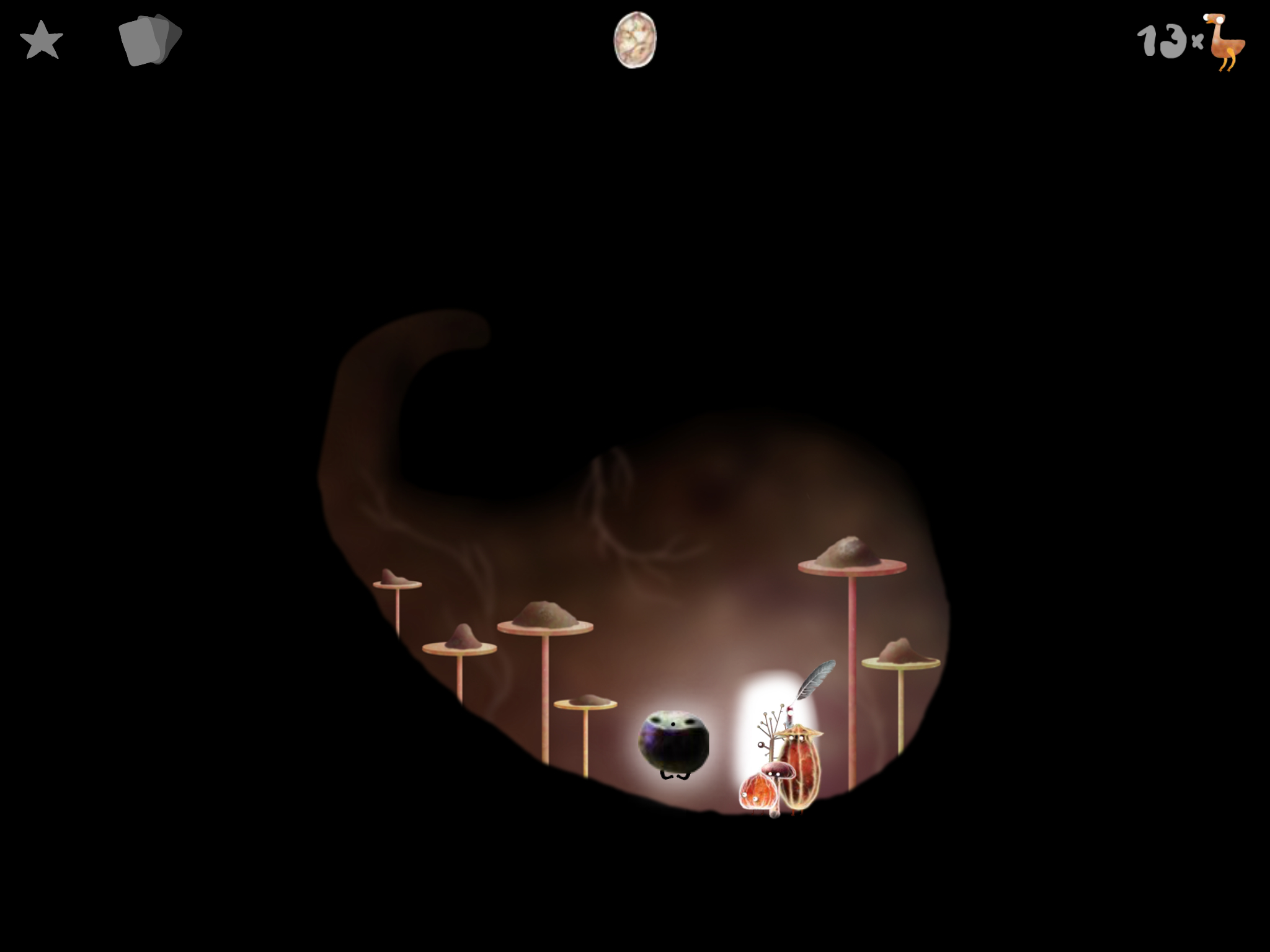 Regardless, if you’ve not had the pleasure of experiencing Botanicula and you are a fan of its style of point-and-click puzzles, you absolutely need to check it out. The fantastical story combined with gorgeous visuals and the excellent control touch-based control scheme make it an experience certainly worth exploring. I’ll admit that it’s unique style of puzzle presentation means it’s not necessarily for all players, but it’s a sure-fire recommendation for everyone else.