A good platformer not only requires a good gameplay experience in terms of level design and controls, but also need to do a good job of conveying an experience to the player. Leo’s Fortune ($4.99), with its beautiful visuals, well-done gameplay and its rich tale of redemption, does just that. Regardless if you’re a platforming veteran or novice, Leo’s Fortune is an excellent example of how iOS platforming should look and play.

Waking up one day with his vast riches mysteriously gone, Leo sets out on a quest to recover his fortune. A rolling mustachioed monster, Leo’s adventure spans five different regions, each with a breadcrumb trail of gold to follow. Cutscenes set the stage for each mission, as Leo encounters a variety of relatives that all seem to have some motivation for taking his fortune. Along the way, Leo will jump, inflate and interact with a variety of items, all in the name of getting to the next map. 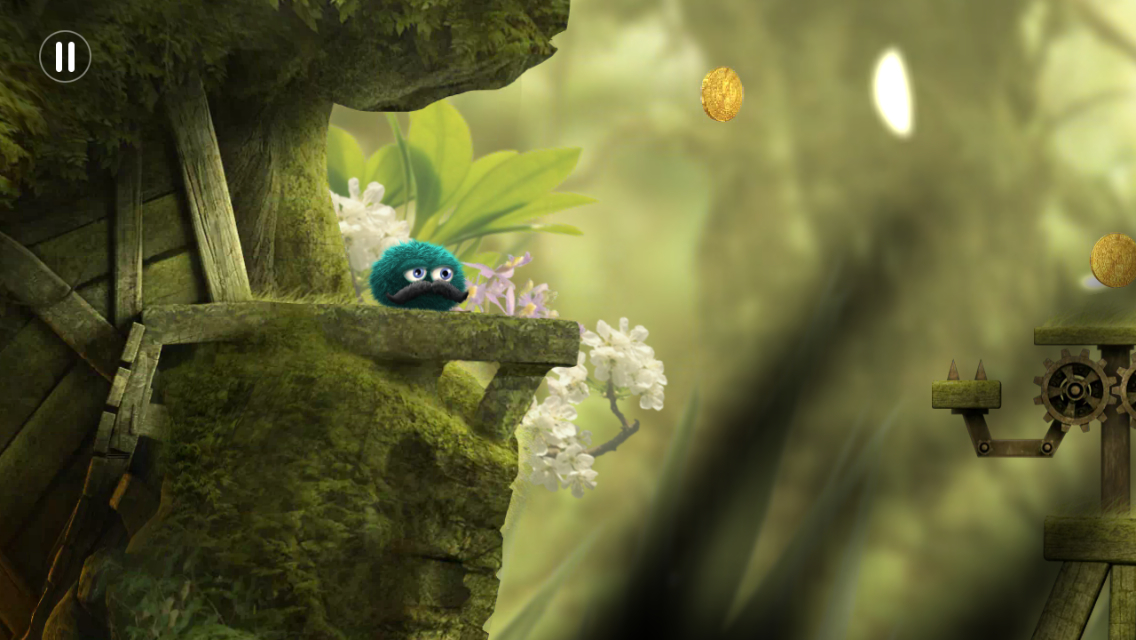 As an adventure platformer, Leo’s Fortune has some minor exploration aspects in terms of making sure you collect all the gold (as well as other secret items) littered throughout a level. However, for the most part, Leo falls within the traditional platformer realm, with lots of traps to jump over and puzzles to solve that will open the path forward. That’s not to say it’s a bad thing, as I really enjoyed the experience in Leo’s Fortune. Early puzzles act as simple tutorials but later puzzles do a great job of incorporating various physics systems and decent cause-and-effect relationships. I wouldn’t say Leo’s Fortune offers anything particularly new, but it’s certainly one of the more refined platformer experiences on iOS.

Meanwhile, I’m thoroughly impressed with both the visuals and music in Leo’s Fortune. Every level is meticulously detailed with beautiful backdrops, great weather effects, and a unique look across worlds that almost gives off a steampunk vibe in some regards. Every scene looks simply spectacular, and has a certain level of quality rarely seen in iOS games. One minor complaint I had is the fact that it can be hard to detect some of the traps, which can quickly put an end to a no-death run in a level. 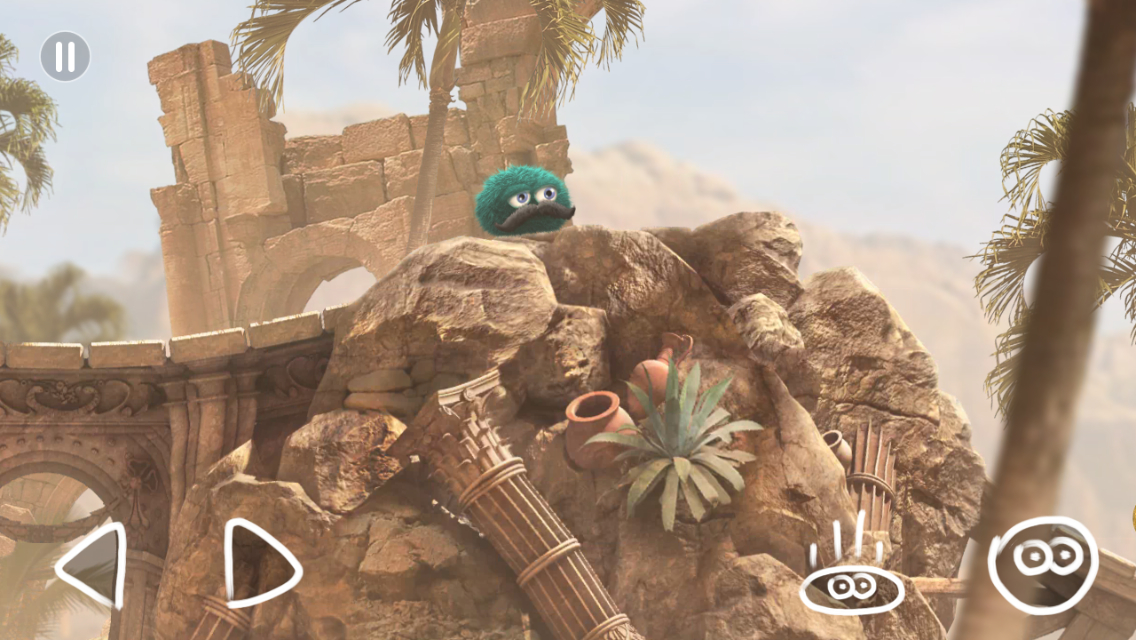 With around two dozen total levels, content is probably one of the few areas of Leo’s Fortune that some players may have a complaint with. However, I think the amount of content is perfectly acceptable considering that none of the levels ever feel like “filler.” Missions are intertwined well with the game’s overall narrative via cutscenes and locale progression, and there’s plenty of variety in terms of puzzle selection to keep the entire adventure interesting. Finally, the game’s mission objectives (some of which can be quite tough) as well as Hardcore mode add further replayability should you need it.

Controlling Leo is one of the more interesting aspects of the game. On the ground, he’s quite ‘floaty’ and is able to accelerate rather quickly. In fact, there were a lot of times when I got a distinct Sonic feel when collecting gold coins. Meanwhile, in the air, Leo can inflate himself to lower the rate of descent. There’s something about the physics in running and jumping with Leo that feel a little strange, but once you get used to it he becomes very easy to handle. I liked Leo’s touch-based controls, but I thought the game controlled best with my MFi controller.

An excellent adventure platformer, Leo’s Fortune is a prime example of taking an established genre and simply taking the quality factor to an entirely different level. Gorgeous visuals and established gameplay featuring great puzzles are wrapped inside a cohesive narrative that drives the entire game. As mentioned earlier, there isn’t a lot here in terms of sheer innovation, but the execution is so top notch there’s really no reason not to check it out.