The 2014 edition of iOOTP improves upon last year’s in a number of ways, the biggest of which is the inclusion of a player editor, allowing you to edit stats for every single player on your team. You also get a much better AI system, who will provide a good challenge, and retina support, which is great for all the text you’ll be reading, but doesn’t seem to be a huge inclusion.

Like the previous version, all players and teams are officially licensed by the MLB and MLBPA. Oddly, though, team logos seem to be generic images, and aren’t the actual team logos. Player ratings are based on the actual PECOTA model, resulting in fairly accurate representations of batters, catchers and pitchers. The interface has been overhauled, which is now more streamlined and lets you get to where you want to be quicker. 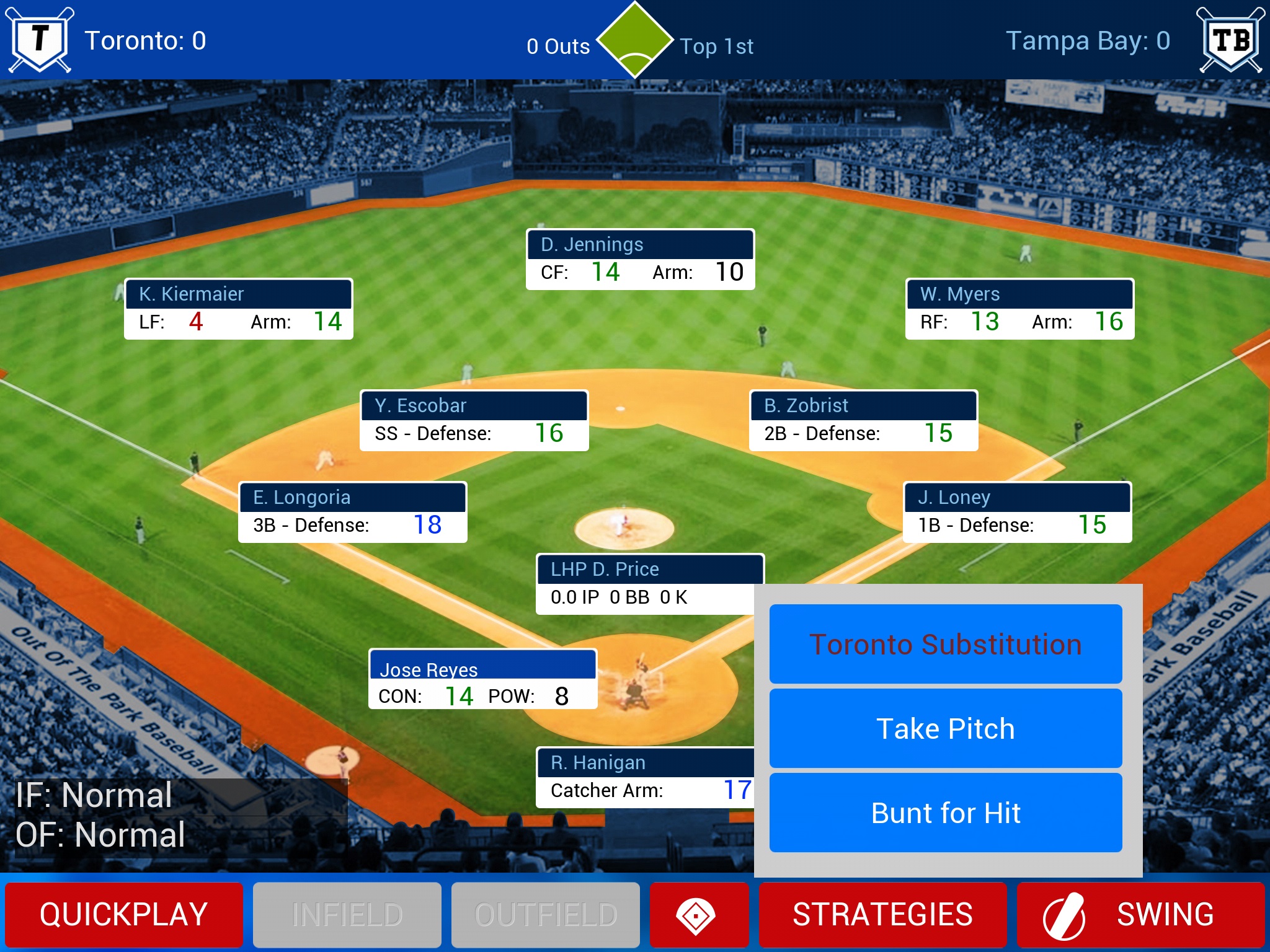 The bread and butter of iOOTP 2014 is season mode, where you pick a team and manage it throughout the season, and into the playoffs (should you be so lucky), at the end of which you’re given a score based on how well you did. As the general manager, you’ll have to negotiate contracts, sign free agents, bring up from the minors, and control every aspect of the team. You will have a salary cap, based on the team you’ve chosen, that you’ll have to remain under, thereby forcing a bit of strategy in your player decisions.

If you’re not in the mood for a full length season, you can create a fictional league, or play one of three historical seasons. Aside from the three given to you, others can be purchased with real money.

As you progress through the season, you’ll be at the helm of every single decision to be made. You can see pitchers, batting order, infielders and outfielders. If your pitcher is doing poorly, you can visit the mound for a pep talk, or swap him for someone else. You can have your infielders and outfielders switch positions, tell your batter to bunt, and have full control over stealing and running. There’s a heavy calculation going on behind the scenes, which makes for some very fun baseball. You can either play each game, inning by inning, and read the action unfold, or you can have the AI play up to a certain inning, or the entire game. The commentator seems to have a large amount of dialog, and does a great job as if he were a real person. 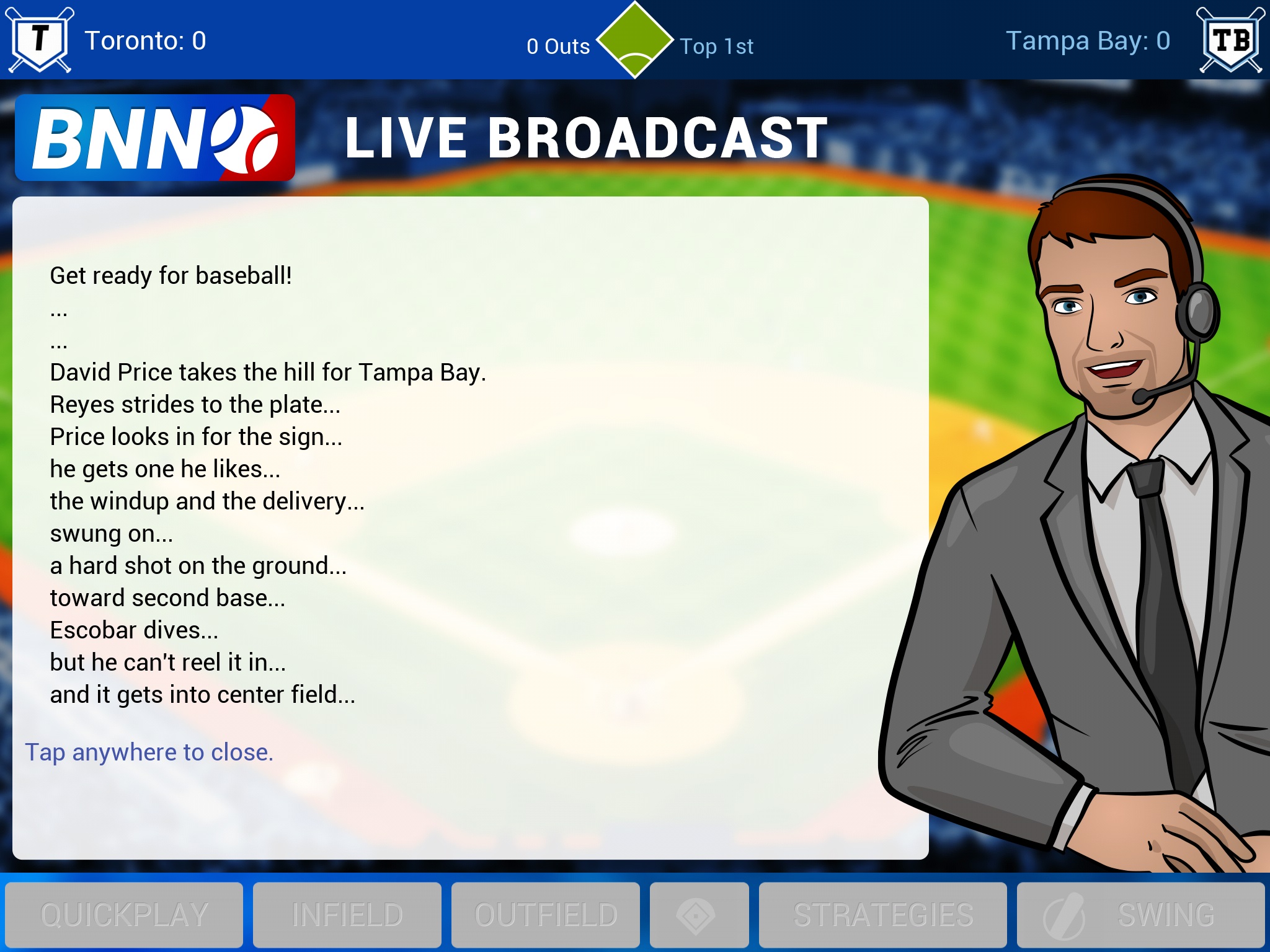 As expected, there are no visuals to be had, aside from menus and the drawn commentator as he does his play-by-play, and absolutely no sound effects, which is odd. Why is it completely quiet? Surely a cheer when you win, or a boo when you lose, or even some menu musak would’ve added to the game.

iOOTP Baseball 2014 is a niche game. For those who love numbers and micromanaging, you’ll be in heaven. For those wanting a game you “play” instead of command, you’ll be lost and most likely bored. The formula hasn’t changed drastically, but the inclusion of a player editor is a big step forward. I’m off to name all my players James, and create the most confusing team in the history of the sport.