I think it’s kind of interesting how if we look at the most successful genres in the free-to-play category, they really go about trying to make money quite differently. For people who aren’t big on spending a lot of money on them, these choices color the gameplay experience dramatically. Building games generally hit you with long timers and premium buildings or units, making playing them more a matter of checking in a few times a day to sort things out. Racing games usually opt for relatively easy-to-consume energy meters but replenish fairly quickly, along with premium cars and expensive upgrades, resulting in a game you have to give a few minutes to several times a day to progress meaningfully. Basic puzzle games use lives and power-ups, so you end up progressing smoothly until you hit a wall, then bang your head against it until you get past. How generous you see each of these models, I think, depends on your lifestyle and what you’re looking for out of a game.

Having played a lot of free games of many types by now, I think that generally the most generous are games like Puzzle & Dragons (Free) and its many imitators. Sure, they tend to have energy meters, premium currencies, and rare monsters or items, but the energy meter usually gives you a lengthy play time in each session, the premium currency is inexplicably frequently handed out for free, and almost no rare monster is ever truly out of reach for those playing for free. I often find myself wondering how these games make money, which is usually not something for players to worry about, except in the case where the game isn’t profitable enough to keep going. I fear that may have happened with Team Monster (Free), because there haven’t been any updates in a few months, which might as well be a million years in this genre. If that is the case, it’s a shame, because this is a really fun RPG with a lot of things going for it. There’s quite a lot of content to enjoy here as-is, so I still think it’s worth playing even if you might not want to get too emotionally invested until we find out its fate. 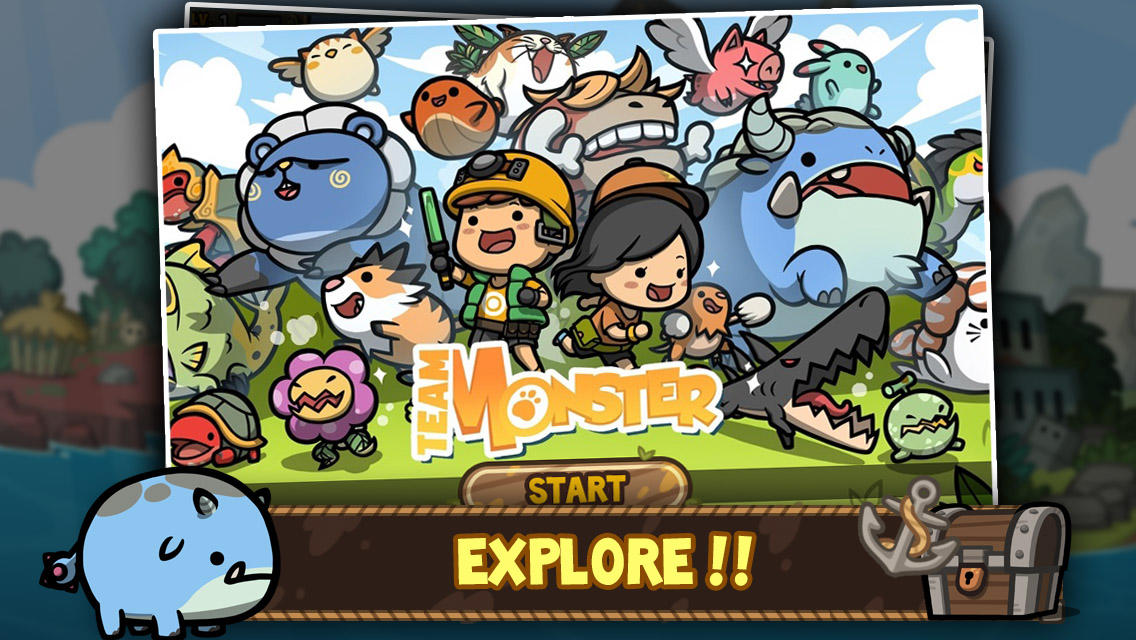 As with other similar games, I’ve decided to put together a little guide to help you out if you decide to start playing Team Monster. This is mostly stuff that will help you out in the beginning of the game along with some general tips, but it should prove useful if you’re trying to get a handle on all the stuff happening in the game. There’s more going on in Team Monster than you might guess from its simple appearance, and the game isn’t always the most helpful about explaining things. So, let’s get right into this, shall we?

Common teams aren’t going to cut it in the long run. Team Monster doesn’t have what I would call a paywall so much as it has a luckwall. You’ll come into monsters graded from one to three stars pretty regularly simply by clearing stages, but after the first few islands, the game’s difficulty picks way up. You’re going to need more powerful monsters, so don’t get too attached to your lower graded ones, and if you can’t pull anything decent from the machines, get ready for a grind.

Don’t neglect enhancement. You might see your monsters leveling up after fights and think that you don’t need to feed other monsters to them the way you do in games like Puzzle & Dragons. That would be a mistake. Enhancing your monsters increases their rank, which gives them a major stat boost. Moreover, if you want to use fusion, you’ll need to have fully ranked-up monsters as ingredients. Besides, it’s something to do with all the one- and two-star creatures that will clog up your camp as you play. 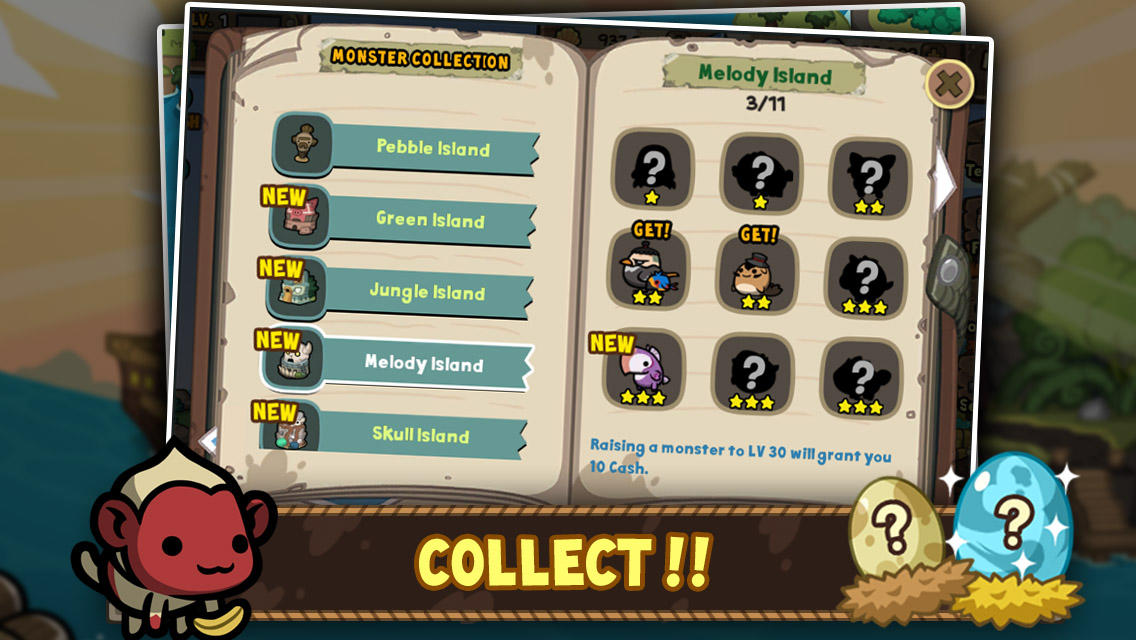 Don’t forget to claim your rewards. Yes, I know, this is tool tip territory, but it’s really easy to forget that you get decent rewards for checking off completed achievements via the sub-menu. Check your mail, too, since you’ll sometimes receive bonuses that way. Filling out this obvious advice point, make sure you check the friends tab on the menu to exchange gifts with your friends.

Upgrading your camp isn’t worth the cost in the short term. Upgrading your camp only increases its population capacity. While that’s typically very useful in games like these, in Team Monster it’s not that important. The requirements for fusion are both general and high, so there’s less need to keep particular monsters around in any great quantities. Other than keeping a few elemental aces up your sleeve, you won’t need to house much more than your main party for most of the game. Later on, when you need to raise extra monsters for cash, you might want to look at upgrading your capacity.

Fusion is a gamble and requires serious investment. To use fusion, you need to have two or more monsters of the same grade, fully leveled up to level 30, and fully ranked up to rank 5. Throw in a hefty amount of shells on top of that, and you’ll get a random monster from the next grade up. Since you can’t know what the result will be beforehand, think carefully as to whether or not you really want to use up a valuable monster. If you’re having absolutely terrible luck on the GotchaMonster machines, this might be your only way of getting a four-star or higher monster, but let’s hope it doesn’t come to that. 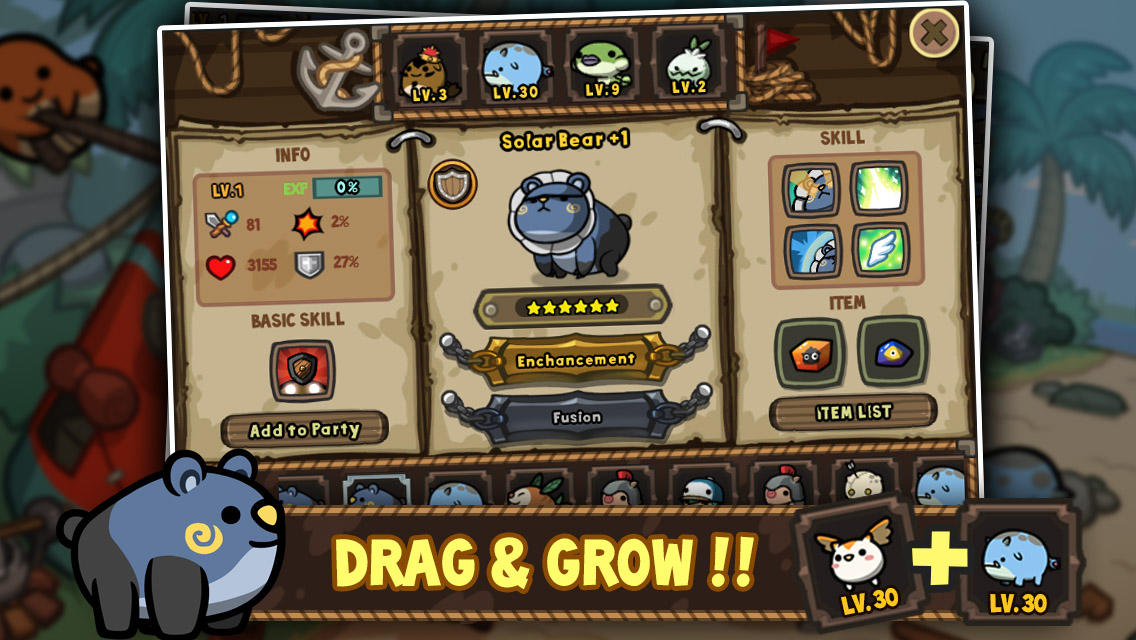 Earn cash by raising a monster to level 30. One good incentive for raising monsters that you don’t intend to use in your main party is that the first time you bring a particular monster to level 30, you can check your collection book to claim a reward of five cash. Cash can be used to pull on the rare GotchaMonster machine, at a price of 30 cash per pull. It takes a while to raise your monsters to max level, but if you’ve exhausted easier means of getting cash, it’s not a bad way to go. As a bonus, level 30 monsters give a much higher value when used as enhancement material.

Only use cash and crystals for pulling monsters. Unless the game gets updated, there is more or less a finite amount of both of these resources freely available in the game. Above all else, the key to winning at Team Monster is to have a solid team of high-grade monsters, and the easiest way to get those high-grades is through the GotchaMonster machines. None of the other uses of these resources holds a candle to that in terms of value.

Having two healers can help you outlast most enemies. Some of the later bosses hit very, very hard, so giving up an extra attacker to have another healer on duty is a smart call. Finishing a battle slowly is far better than not finishing the battle at all. Your other two roster slots should be filled by a tank and a damage dealer. Having an extra damage dealer on call for battles where a second healer or tank aren’t necessary can be useful. 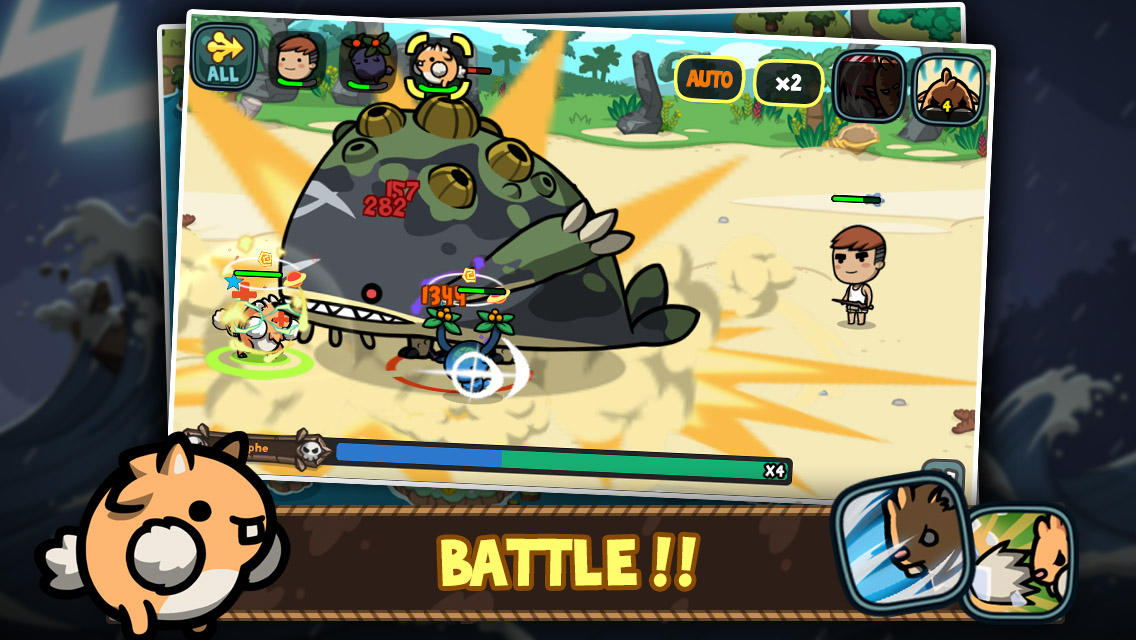 Grade is king. Of course, you want to have a feasible mix of monsters, so, for example, having four good healers and no decent attackers is a bad idea even if the healers are all six-star grade. Beyond silly edge cases, though, it’s more important to have higher grades than any other attribute. So gather up your highest grade monsters first when thinking about your team. They have higher stats, which enable them to out-damage and out-survive the enemy, and they often have access to more and better special abilities.

Elements are not terribly important. There is a wheel of elemental strengths and weaknesses in this game, but it’s not as vital to take advantage of it as it can be in other games. Certainly, if you’re looking to take advantage of every single possible edge in a battle against an otherwise unbeatable foe, it’s worth paying attention to elements, but it’s hard to imagine it ever being a deciding factor.

Keep your healers out of harm’s way. The auto-battle system in Team Monster generally does a decent job of things, but as you progress, the computer gets more tricky about trying to take out your healers, so you’ll have to move them out of danger from time to time. If your healers fall, the battle can get out of hand in a hurry, so make sure you do whatever it takes to keep them upright. 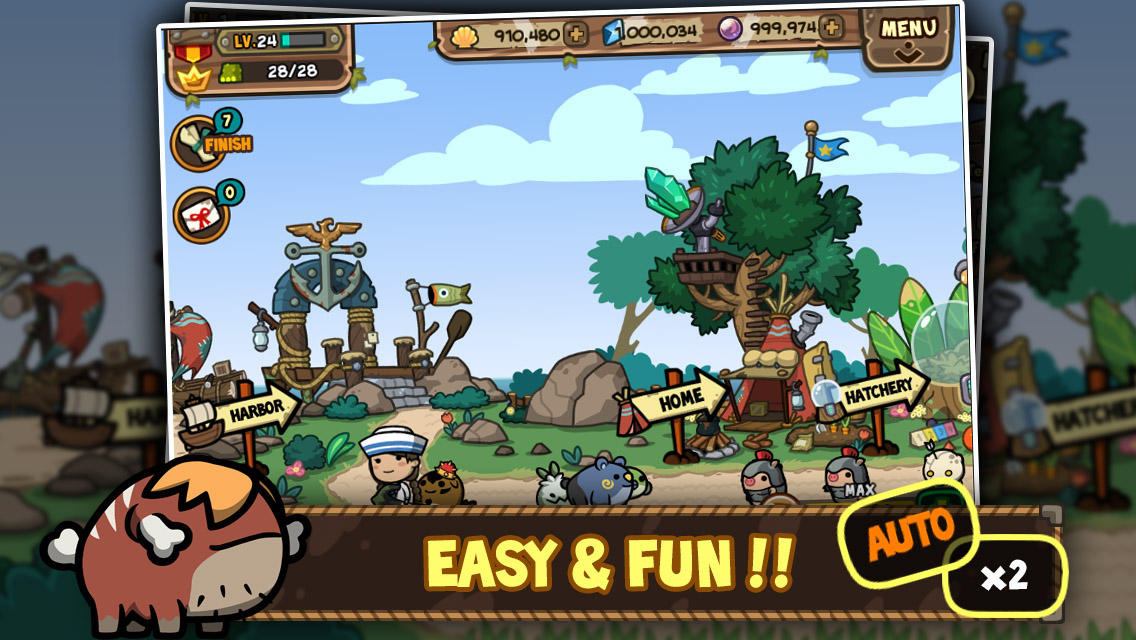 Make use of your skills. Your battle skills regenerate pretty quickly, so generally you’ll want to use them as they’re ready. The one big exception is healing skills. Those are better to save for emergencies, like when your healers take too much damage and your other monsters can’t get to them in time.

If you’re having trouble tapping on a monster, you can use its icon at the top of the screen instead. Yes, another tool tip point, but it’s easy to forget this after the whole one time the game mentions it. This is especially useful if you need to change your healing target while your attackers are all tangled up beating up some guy for his lunch money.

That should get you on your way nicely in Team Monster. As you get further in, there are more difficult special dungeons you’ll want to tackle for extra rewards, but these tips should carry you through the main story, such as it is. For a whole lot more tips and advice, check out the thread on our forum. Let’s hope the developer makes their way back to the game soon, because it’s a cool game with a lot of good content, and it deserves to have more.